Either Rep. Rob Wittman (R-VA01) is utterly clueless, or he knows that he’s lying, or…any other explanations for this drooling idiocy? That’s right, Wittman actually is arguing that his decision to sign on to an amicus brief in support of the “absurd,” “craziest,” “seditious” Texas lawsuit aimed at overturning the 2020 presidential election amounts to him having…wait for it… “defended our Constitution.” Check out some of the comments in response to Wittman’s latest on his Facebook page.

By the way, it’s interesting that in his explanation for his inexcusable action, Wittman laughably argues: “I don’t support anything except the constitutionally grounded methods to question the system. I don’t support anything other than an orderly transition of power – that said, we cannot be afraid of asking the tough questions.” Just remember, as you read this drivel, that VA01 voters *could have* elected a man – Qasim Rashid – who is *infinitely* smarter than Wittman. But nooooo… 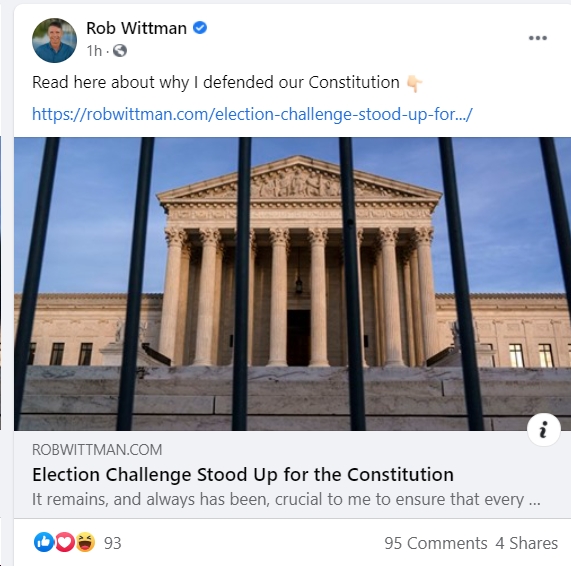 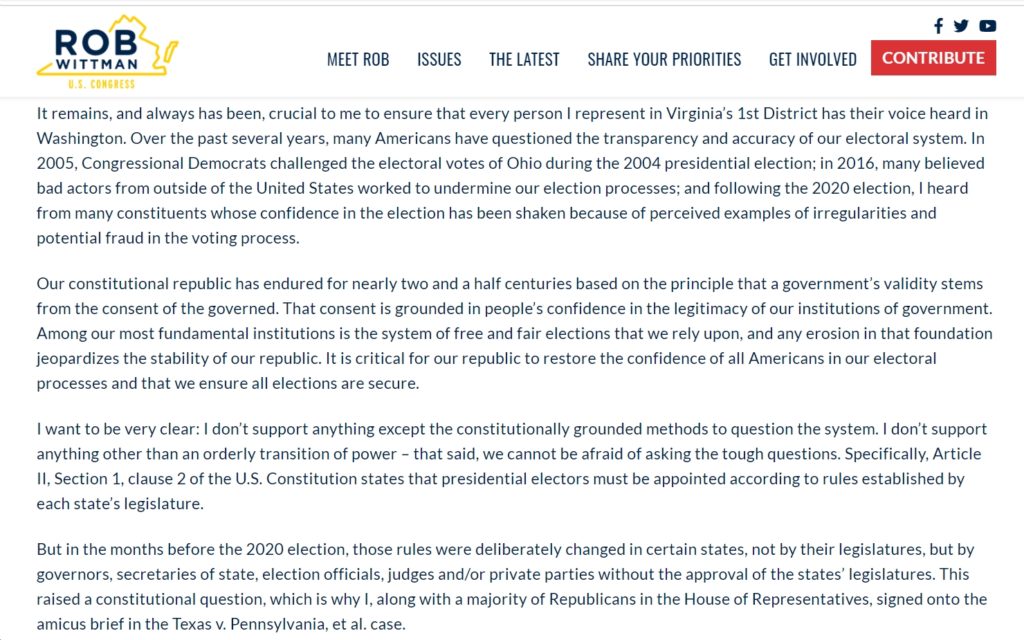 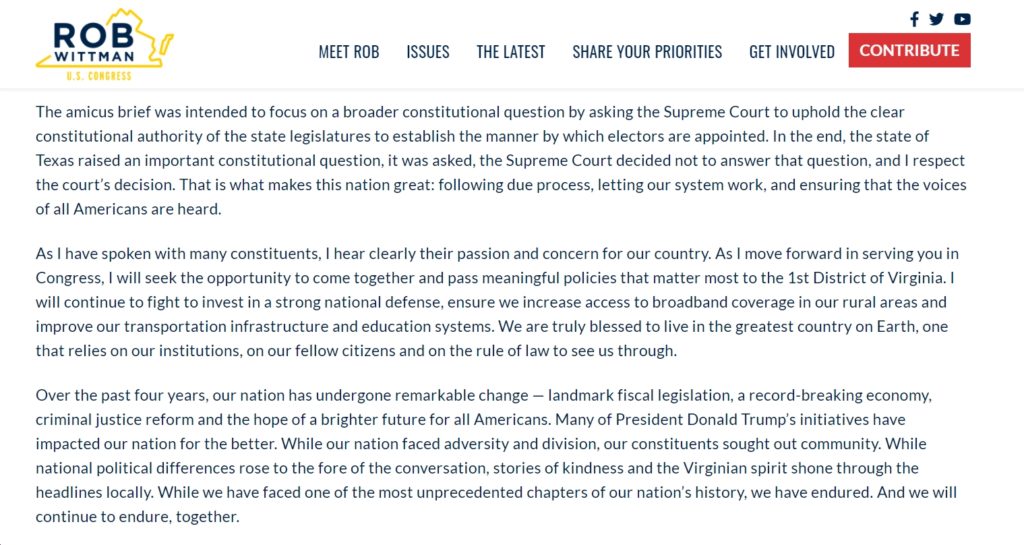