The following press release is from Jennifer Carroll Foy’s gubernatorial campaign. Also, check out the video of her Facebook Live yesterday (“a conversation about the insurrection on Jan. 6 and where we go from here”) at this link.

(Woodbridge, VA) – Yesterday, Del. Jennifer Carroll Foy hosted a virtual town hall with Virginians to discuss the insurrection on January 6th and how we move forward as Americans and Virginians. During the town hall, Carroll Foy discussed what led to this moment, the impact on everyday Virginians, and the need for proper safety resources and preparation, not just in the U.S. Capitol where Virginians work, but also at our state Capitol, city halls, and more. The full video of the town hall can be found here.

During the event, Carroll Foy discussed the importance of learning from the attacks on the U.S. Capitol and how she would respond as governor:

“We need to learn from this breach, and we should apply those learnings to preparation plans and improvements to the Virginia State Capitol, and town and city halls across the Commonwealth.

“After all, these houses are the people’s houses. This is the core of our democracy, and these places should — and will — be protected against insurgents. As governor, I’ll dedicate resources to ensure that all people — constituents, elected officials, and officers — are protected.

“Specifically, I’ll spend money to make sure that there is a good way to evacuate in a time of crisis, and that there is a true, hard safe room that’s available. I’ll also direct funding for equipment, personnel, and facility hardening, and then make sure people can and know how to use these resources.”

Carroll Foy also discussed the importance of recognizing the difference in the way peaceful protestors were treated this summer compared to how those who attacked the Capitol were treated:

“We are in a moment when we are being tested as a country and a Commonwealth. We are a nation and a country of immigrants, descendants of slaves, and we are families who are trying to survive a global pandemic. What we saw on the steps of the Capitol is the worst of this nation.  And we need to talk about why this happened and the years of division that led to insurrection. While I am thrilled we have new leadership in President-elect Biden and Vice President-elect Kamala Harris, the issues that resulted in Wednesday’s violence won’t go away overnight. They’re rooted in hundreds of years of division and hate that have always challenged this nation. We have not really addressed the original sin of this country. And through years of Jim Crow and segregation, mass incarceration, we have seen the division grow even more.

“It was clear Wednesday the violent mob was treated extremely different from the peaceful protesters for racial justice this summer. As governor, I will address these inequities, not only in our criminal justice system, but in policy enforcement. But I won’t stop there. Because there’s also inequities in our healthcare system, in our environment, and in our economy.”

On Wednesday, Carroll Foy called on the Cabinet to invoke the 25th Amendment and remove the President from his duties, and if it does not, Congress should begin expedited proceedings of impeachment. Carroll Foy also stands in strong support of Governor Ralph Northam’s action to mobilize the Virginia National Guard to the U.S. Capitol to assist in the dissolution of the mob that overtook the Capitol Building.

Jennifer Carroll Foy has dedicated her life to service. As one of the first women to graduate from Virginia Military Institute, a former foster mom, a magistrate judge, and public defender, Jennifer has embodied the ideals of community, honor and commitment in every facet of her life. During her time in the legislature, Jennifer led the way on the Equal Rights Amendment, proudly supported the successful fight to expand Medicaid to over 500,000 Virginians, and passed a budget that includes a 3% salary increase for teachers. She is a proud mother to twin three year olds, and wife to her husband Jeff, who she met her first week at VMI. 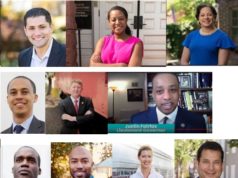 With the Primary Over, What Might the Losing 2021 VA Dem Candidates Do Next? 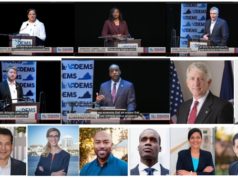 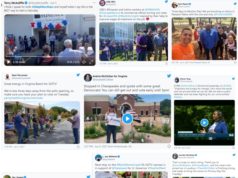 Video, Photos of VA Dem Statewide Candidates From the Weekend Before Primary Day