See below for tweets about what went down a bit earlier this afternoon in the Virginia State Senate, as well as video. Basically, Sen. Amanda Chase (R) got up and spewed out the usual big lies and crazed conspiracy theories that she and Trump have been spewing for months now. I wouldn’t recommend watching that at all, unless you have a masochistic streak. After that, several Democratic state senators – Adam Ebbin, Barbara Favola and Dick Saslaw – pushed back, calling out the lies and conspiracy theories, while Senate Minority Leader Tommy Norment (R) railed against using “points of personal privilege” for “prostitution” of one’s own political campaigns, etc. 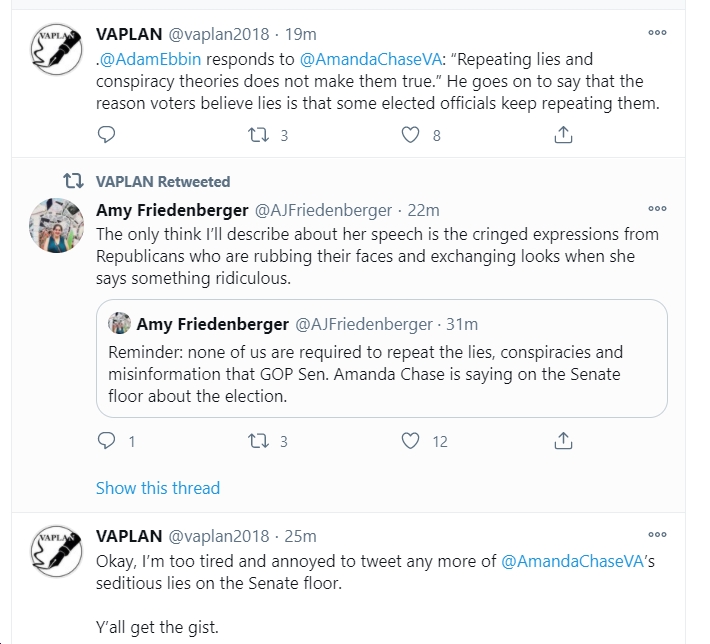 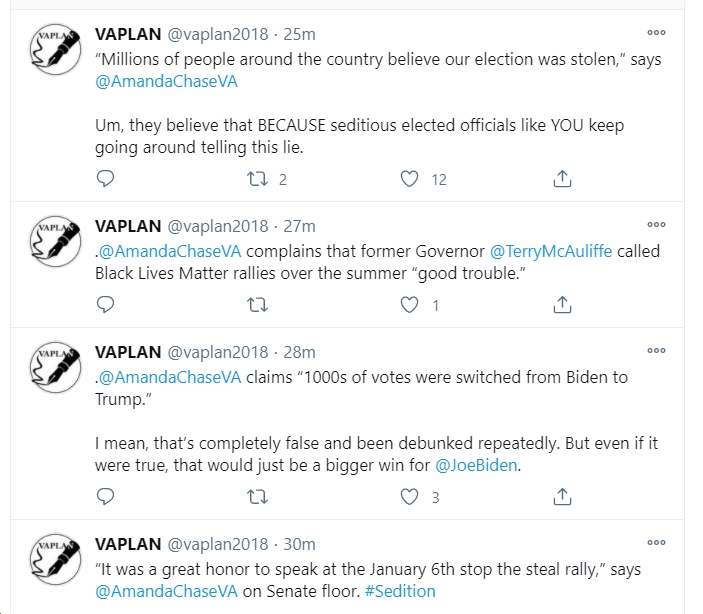