Sen. Tim Kaine, who is a member of the Senate Armed Services Committee, issued the following statement this morning:

“The American people deserve to hear the Administration’s rationale for these strikes and its legal justification for acting without coming to Congress. Offensive military action without congressional approval is not constitutional absent extraordinary circumstances. Congress must be fully briefed on this matter expeditiously.”

I’ve seen wildly differing reactions to this, from Del. Danica Roem (see her tweet, below), who argues that Kaine’s “been consistent and adamant on this for three administrations in a row,” to others (e.g., see Don Winslow’s tweet, below) who feel that Kaine is wrong or being tougher on Biden than he was on Trump.  On that latter point, I’d note articles such as How Tim Kaine convinced Republicans to vote to rein in Trump’s war powers (“The Democrat has long been obsessed with limiting presidential war powers, regardless of which party holds the White House.”); Tim Kaine Steps Up Attacks on Trump Military Policy; etc. So clearly, whether one agrees with him or not, Kaine’s been on top of this issue for several years now…

Having said that, I’d definitely argue that the president – whoever is in the White House, Republican or Democrat – needs to have SOME flexibility to deal with rapidly changing situations on the ground, and not be micromanaged by Congress every time the military drops a bomb or whatever. Starting a full-fledged war? Yes, go to Congress in the vast majority of cases! Escalating an existing conflict? Same thing. But just imagine if FDR had had to go to Congress for approval every time our military launched a new operation against the Nazis or Japanese in World War II? Also, the military absolutely needs the ability to respond to imminent threats, or to attacks on our troops, such as apparently happened in this case (“Thursday’s airstrike in Syria  came in response to three rocket attacks against U.S. personnel in Iraq in the span of a week”). So clearly, we need a sensible middle ground here. 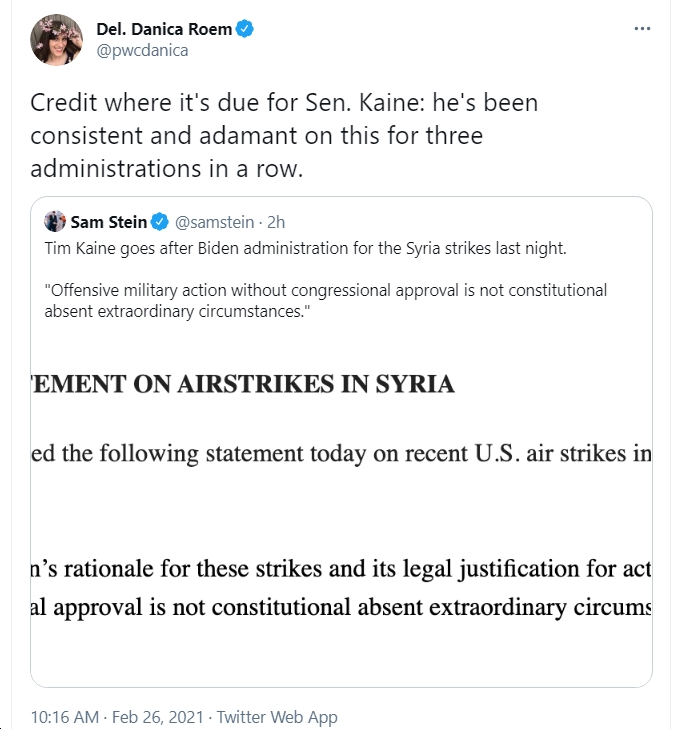 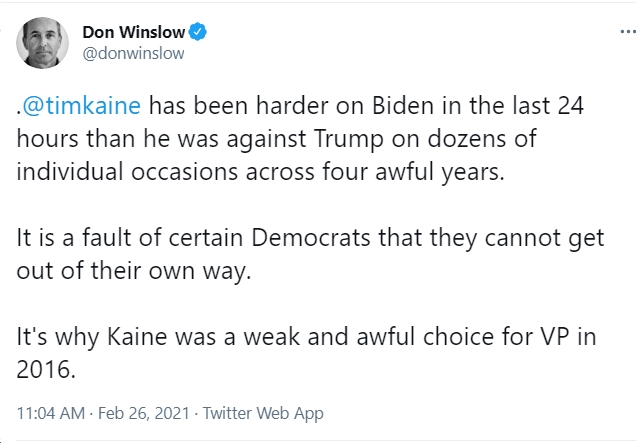