See below for video of CNN’s segment on the 2021 Virginia governor’s race. The segment is framed, incorrectly in my view, as “a test of Trump’s sway over this party,” and whether the “split in the GOP” between their “MAGA-esque frontrunner” and what CNN misleadingly calls “more conventional Republicans” means that Virginia’s “blue state transformation will be permanent.”  This is really not a great analysis of what’s going on here. Why not?

I do agree, however, that the 2021 Virginia governor’s race represents “an off-year election that’ll be one of the earliest tests of strength and strategy for both political parties.”

As for the interviews with Speaker Filler-Corn and Sen. Chase, click here or on the image below for the video, and also see below for highlights. 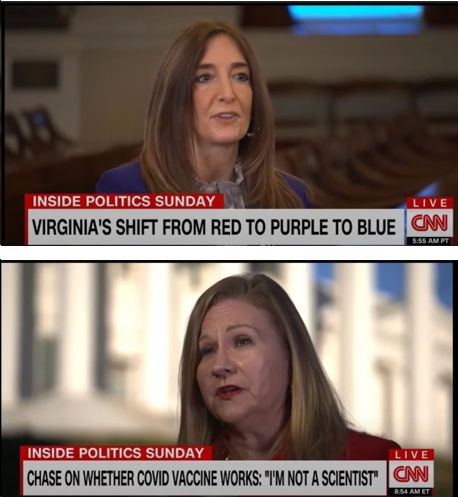