UPDATE 2/10/21: Here’s the video of the part where the hearing really starts going off the rails…including some comments by Sen. Joe Morrissey regarding the judge’s husband’s law firm and its relationship to Del. Marcus Simon; some…er, intense public testimony; several Senators saying “there’s never been a hearing like this…there’s never been a give-and-take between a witness and a judicial candidate” (Sen. Creigh Deeds);”this is the absolute worst, John…this is awful…don’t let this be a mockery” (Sen. Louise Lucas); “the meetings have never had a back-and-forth like this” (Del. Vivian Watts); “Mr. Chair, is there a time limit on our witnesses this afternoon?” (Del. Rip Sullivan); Del. Simon saying that he never had a chance to disclose that he knew the judge “because her husband and I are law partners” and that the judge had disclosed her connection to the law firm; also, Del. Simon apologized to the judge, saying “what you just experienced is nothing like what I described…that is because that is nothing like I’ve ever seen before”; and Sen. Morrissey saying he thinks his questions were relevant, and “if Del. Simon doesn’t feel that that’s relevant, that’s fine.” And if all that wasn’t enough, apparently somebody deleted out of the video Sen. Ryan McDougle (R)’s “expletive-laced outburst.” Fun times, eh?

Wow, what on earth is going on here?!?  Can’t wait to see the video… 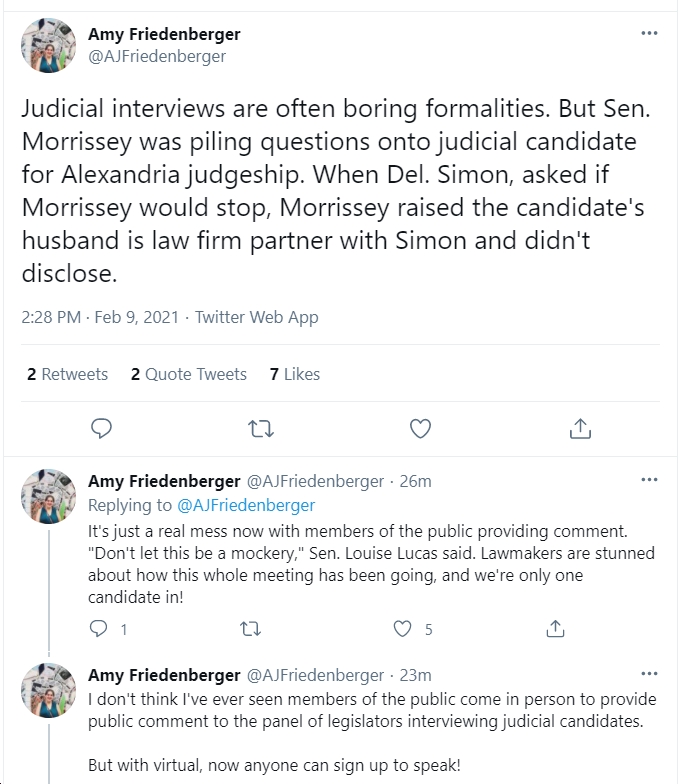 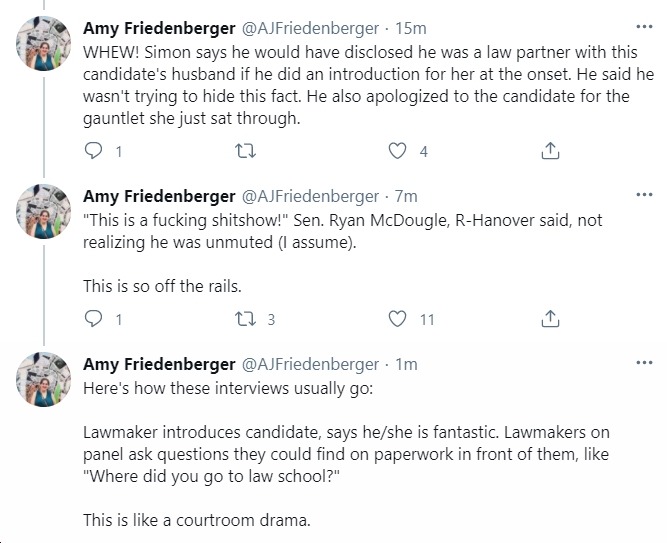 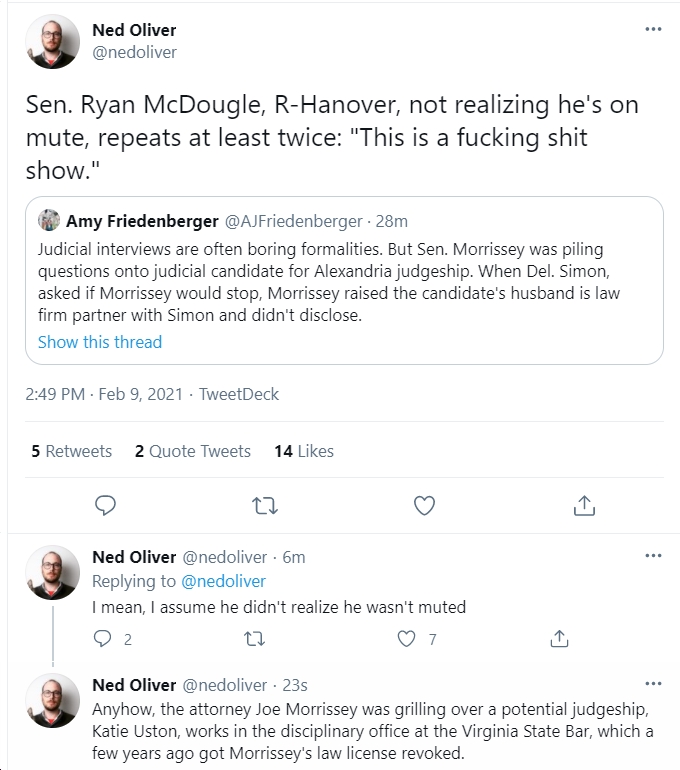