Thanks to VAPLAN for its usual, excellent live tweeting (see below) of important stuff happening in the Virginia General Assembly. In this case, we’re talking about SB1303 by Sen. Siobhan Dunnavant (R), which “Requires each local school division to make in-person learning available to all students by choice of the student’s parent or guardian.” The final vote, as you can see, was 26-13 in favor (the 13 “nays” were all Democrats), with at least one Democrats – Sen. Surovell – saying he was voting “yea” in order to “send a message” to school boards to communicate better about when schools will be open for in-person learning, when there will be light at the end of the tunnel, etc.

My view is that this bill is vague, unhelpful, infringes on local school board autonomy, is mostly political posturing and won’t become law (IF it passes the House of Delegates, it’s almost certain that Gov. Northam will veto it, as Sen. Surovell pointed out). The fact is, the Northam administration, Secretary of Education Atif Qarni, local school boards, etc. have been working very hard to get kids back in schools safely and as expeditiously as possible. Also, now that we have COVID-19 vaccines, it’s really just a matter of a few more weeks or whatever until teachers and other school personnel are vaccinated. So…there’s light at the end of the tunnel, as frustrating as this whole situation has been and continues to be. As for this bill, it’s exactly what you’d expect from Republicans, and that’s definitely not a compliment. As for the Democrats who voted for it, presumably they’re responding to political pressures, but…what does this accomplish exactly? Uhhh… 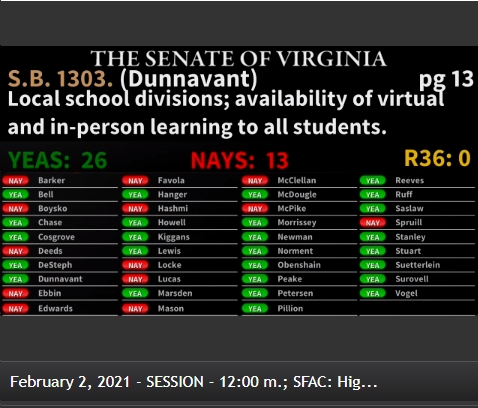 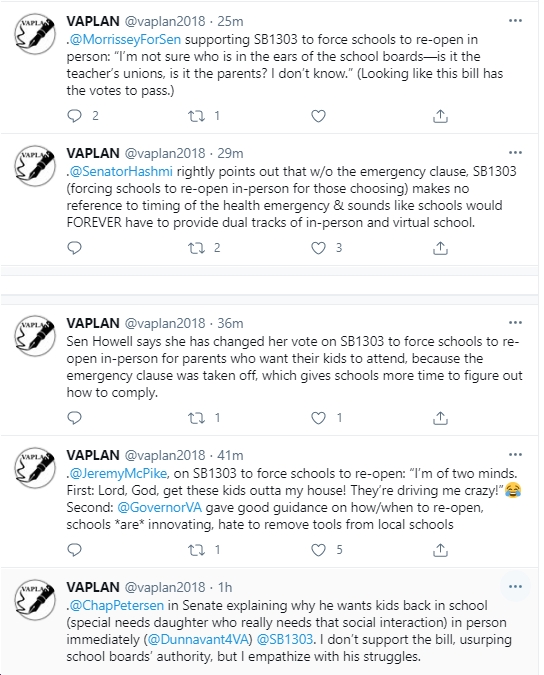 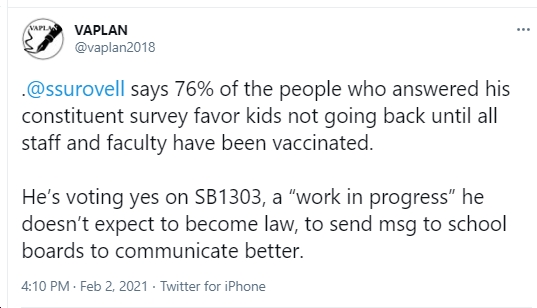 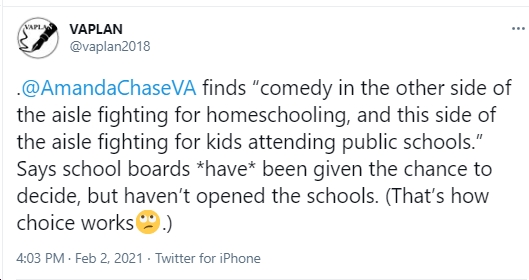