Thanks to VPM reporter Ben Paviour for the “heads up” on the American Conservative Union’s new ratings for members of Congress and state legislatures. Keep in mind that this is a very right-wing group, so the higher the score, the WORSE these people are, from a Democratic, progressive or “centrist” perspective. See below for ratings (click to enlarge) for Virginia’s State Senators, members of the House of Delegates and U.S. House delegation.  A few highlights that jumped out at me include: 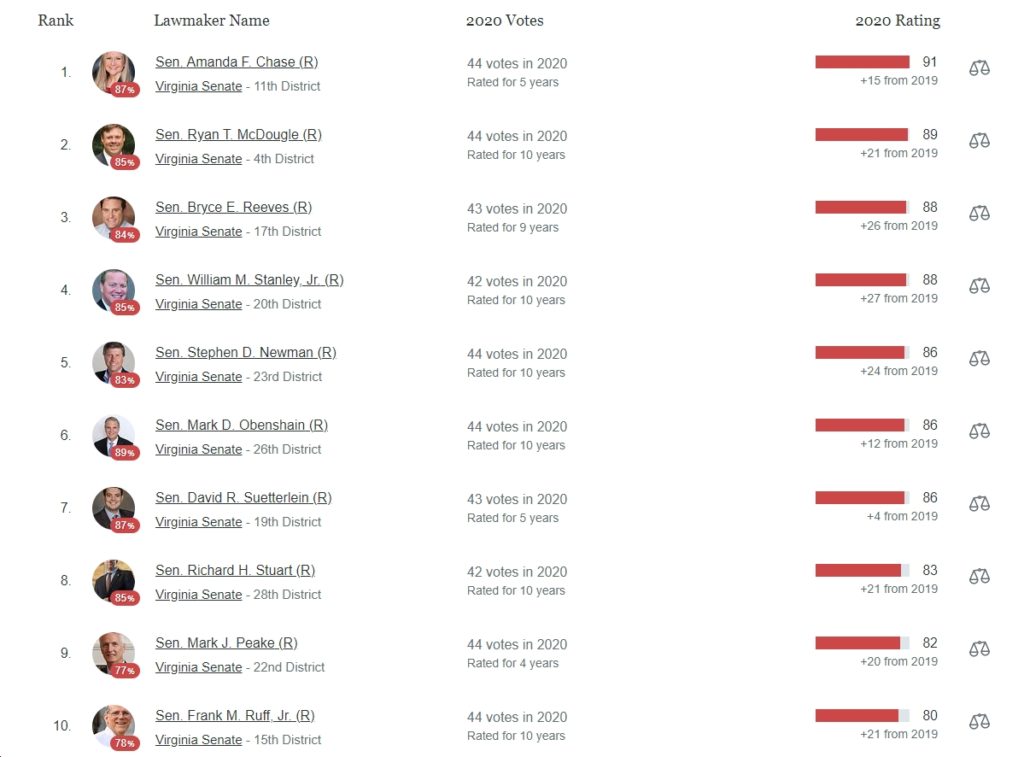 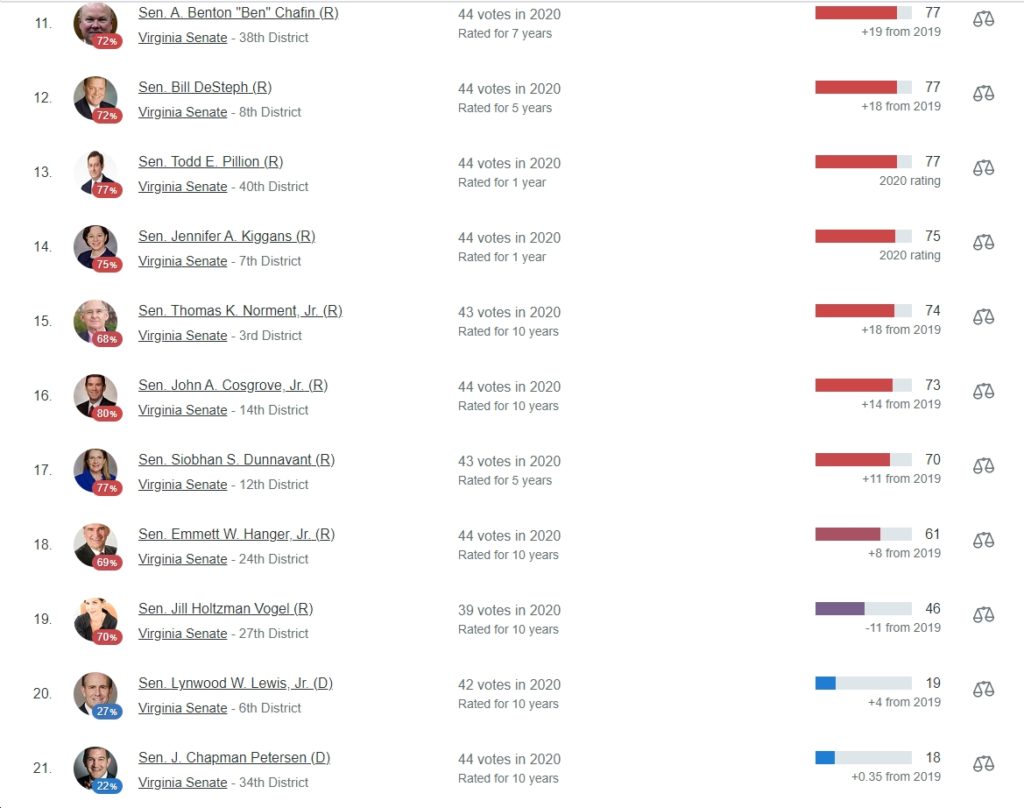 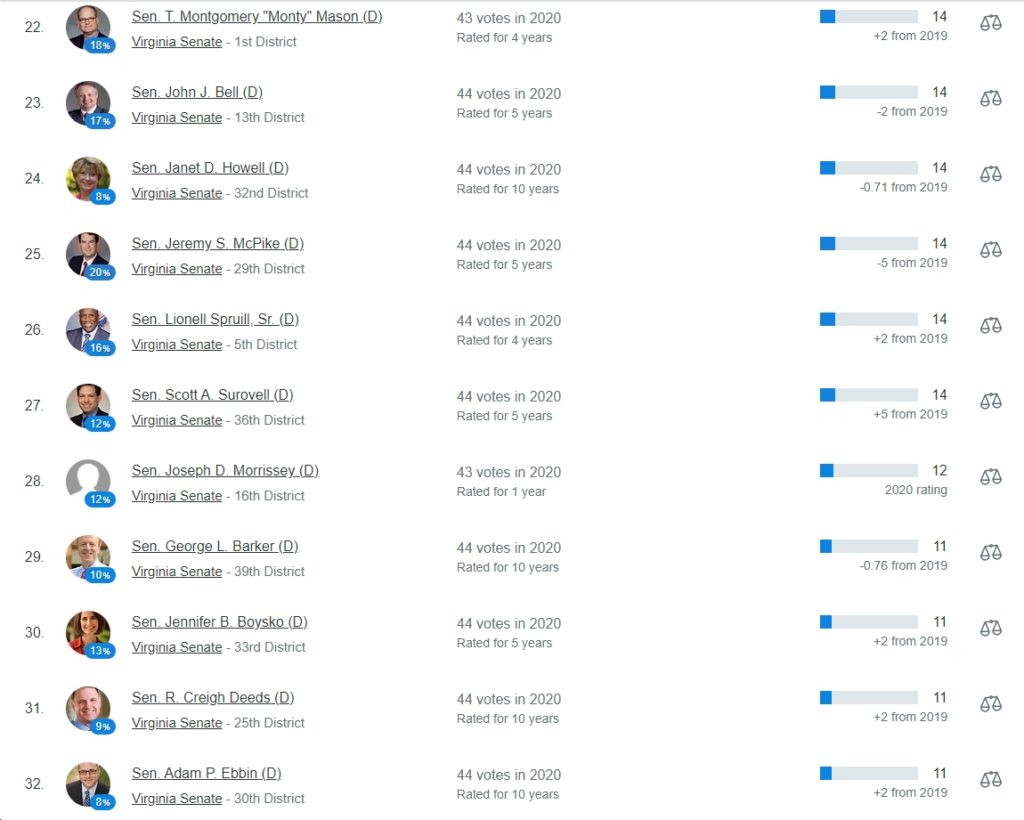 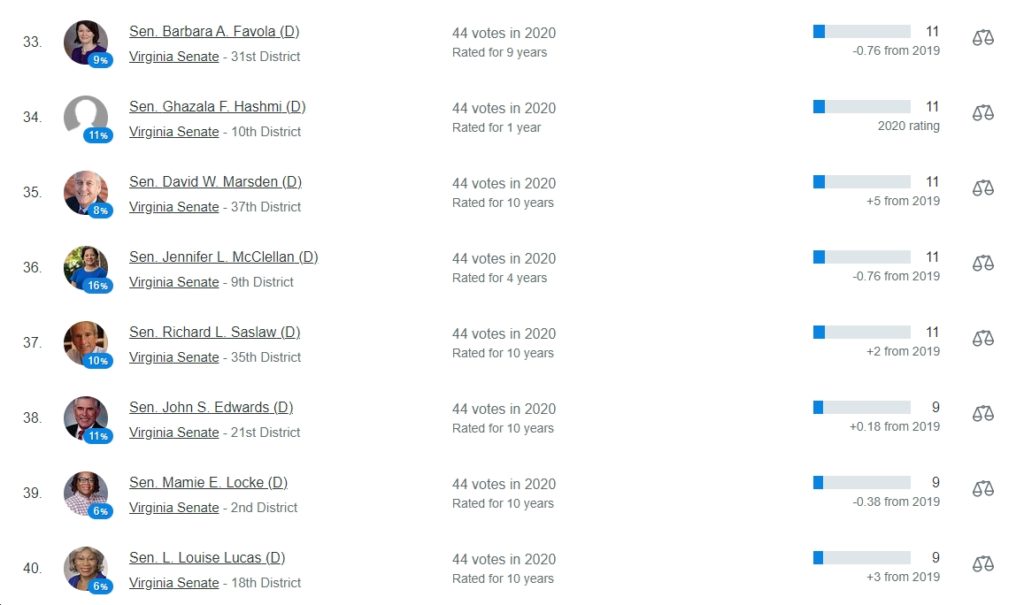 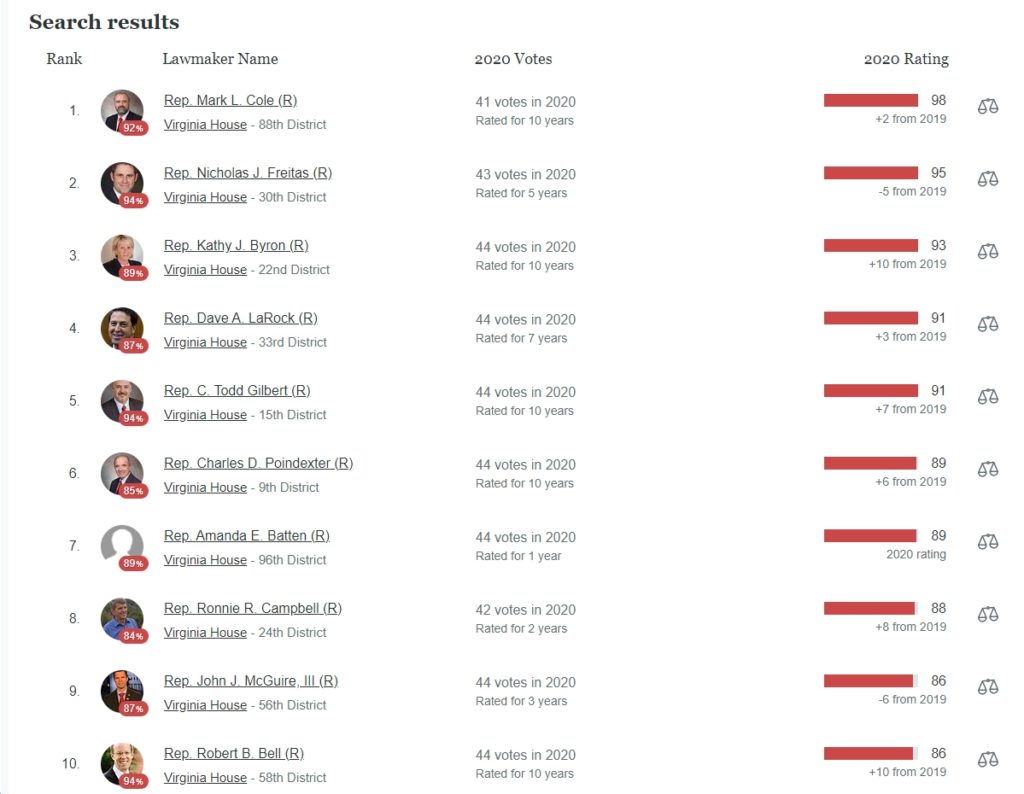 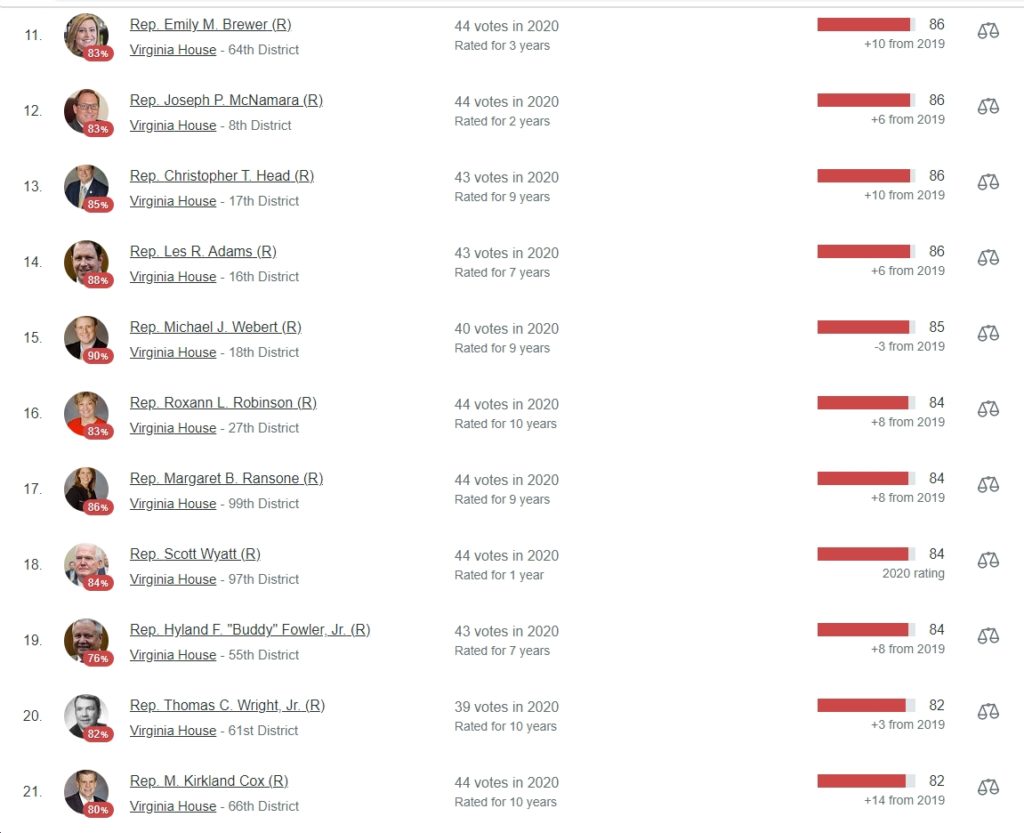 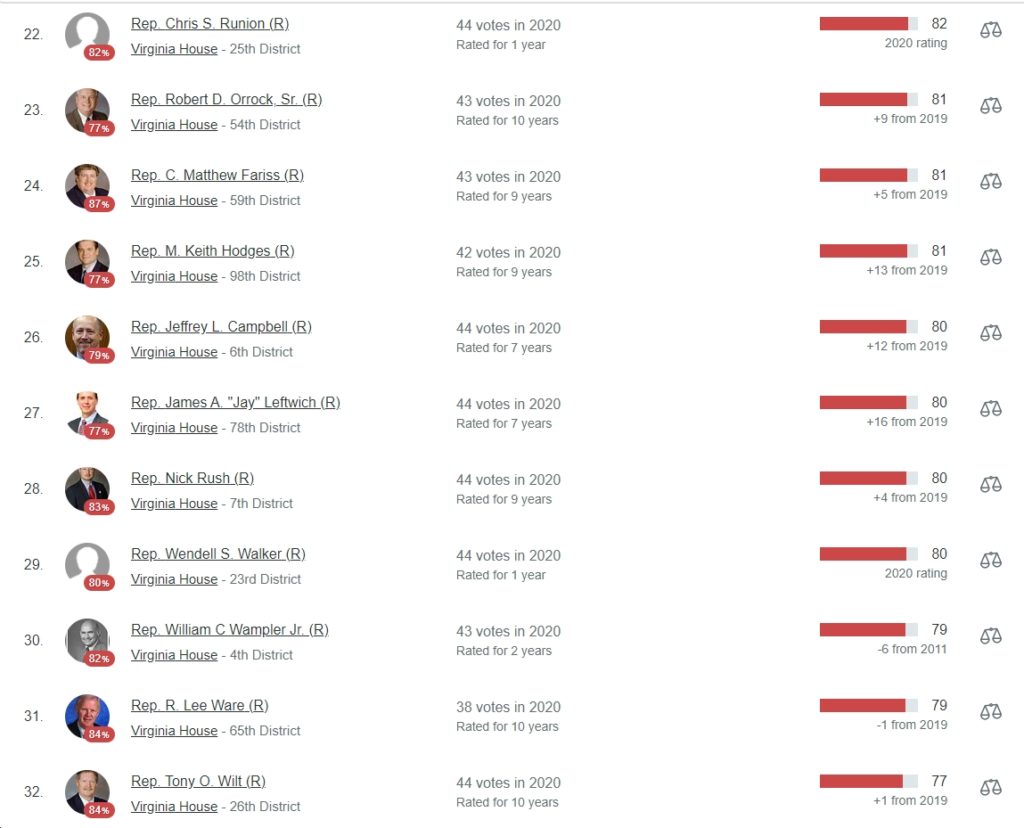 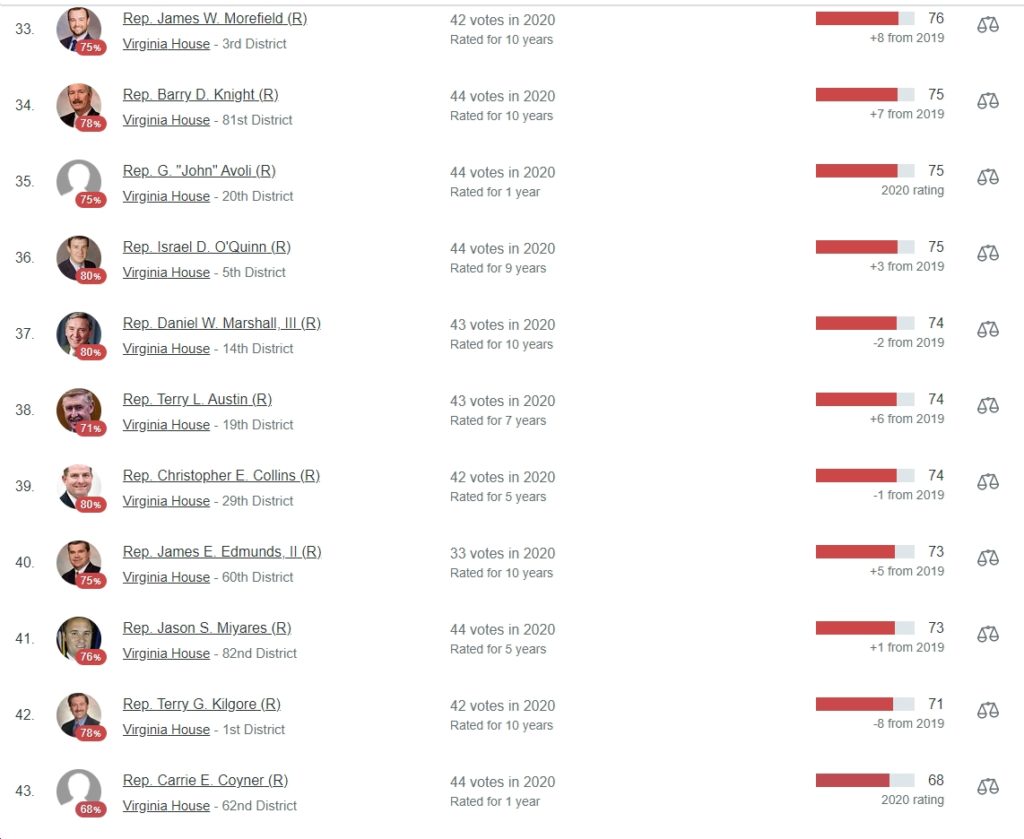 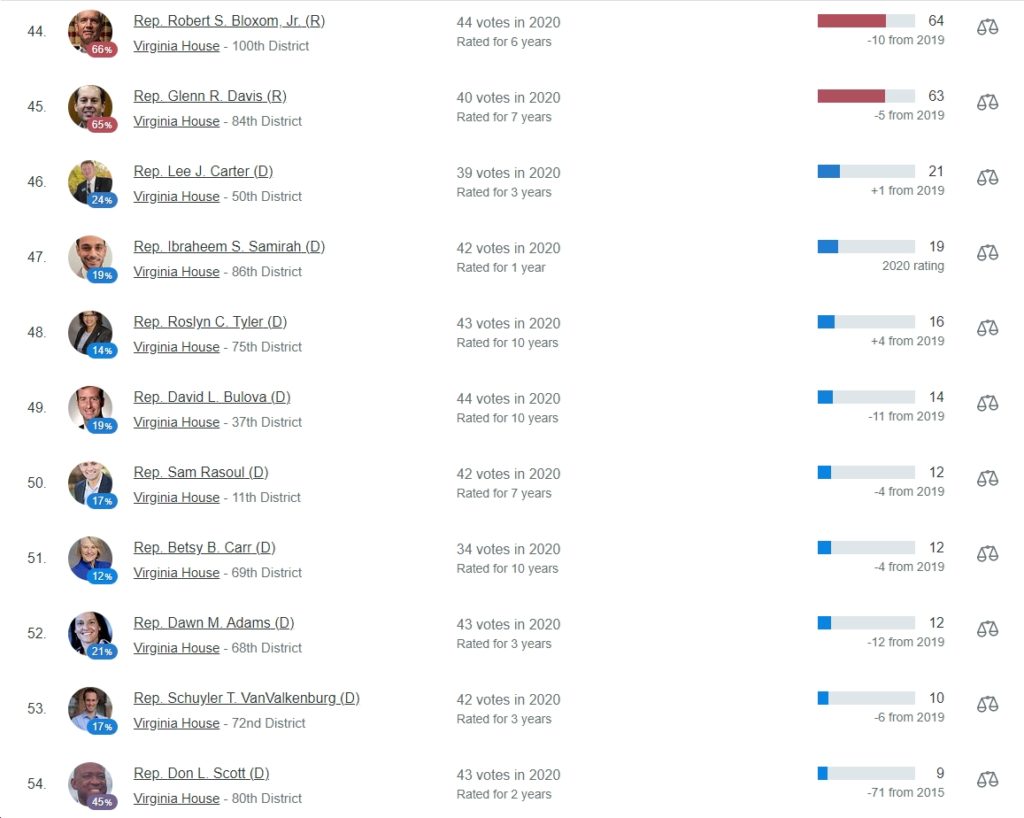 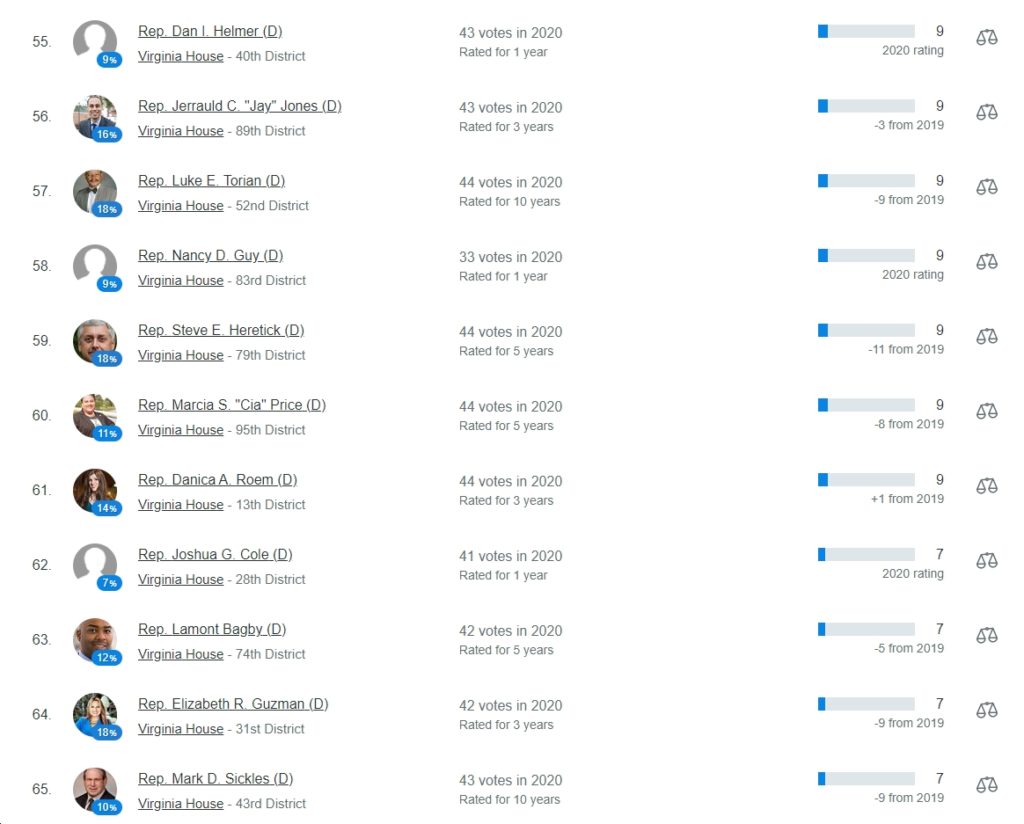 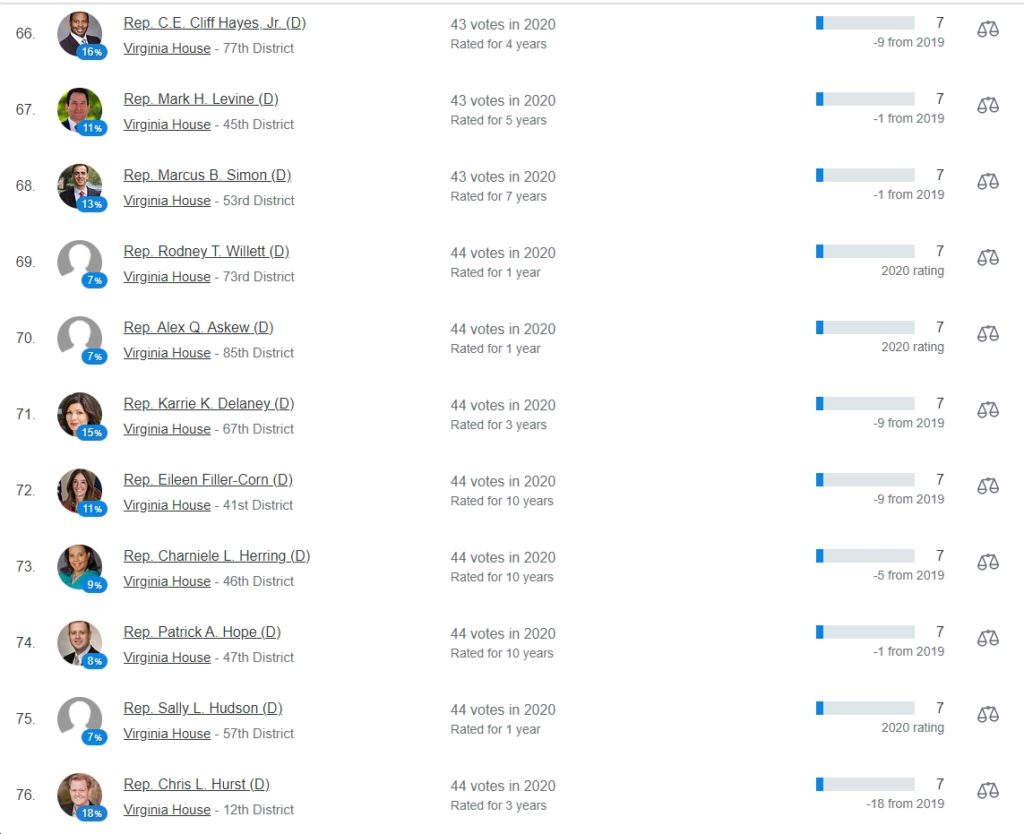 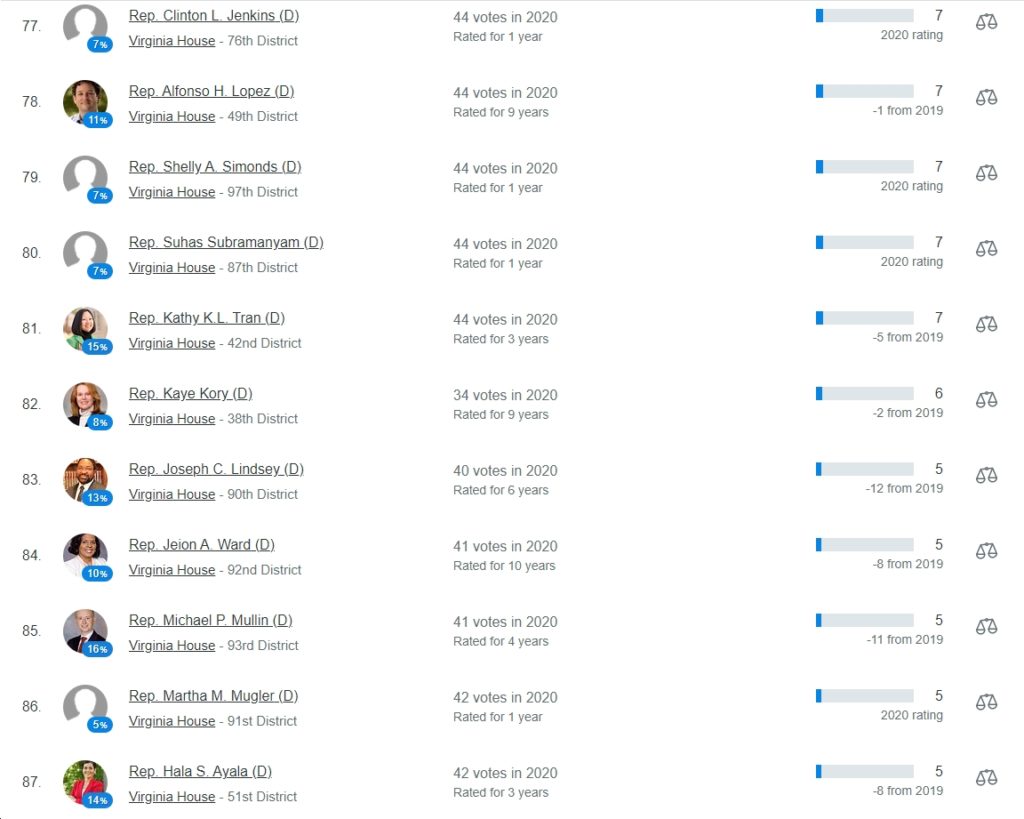 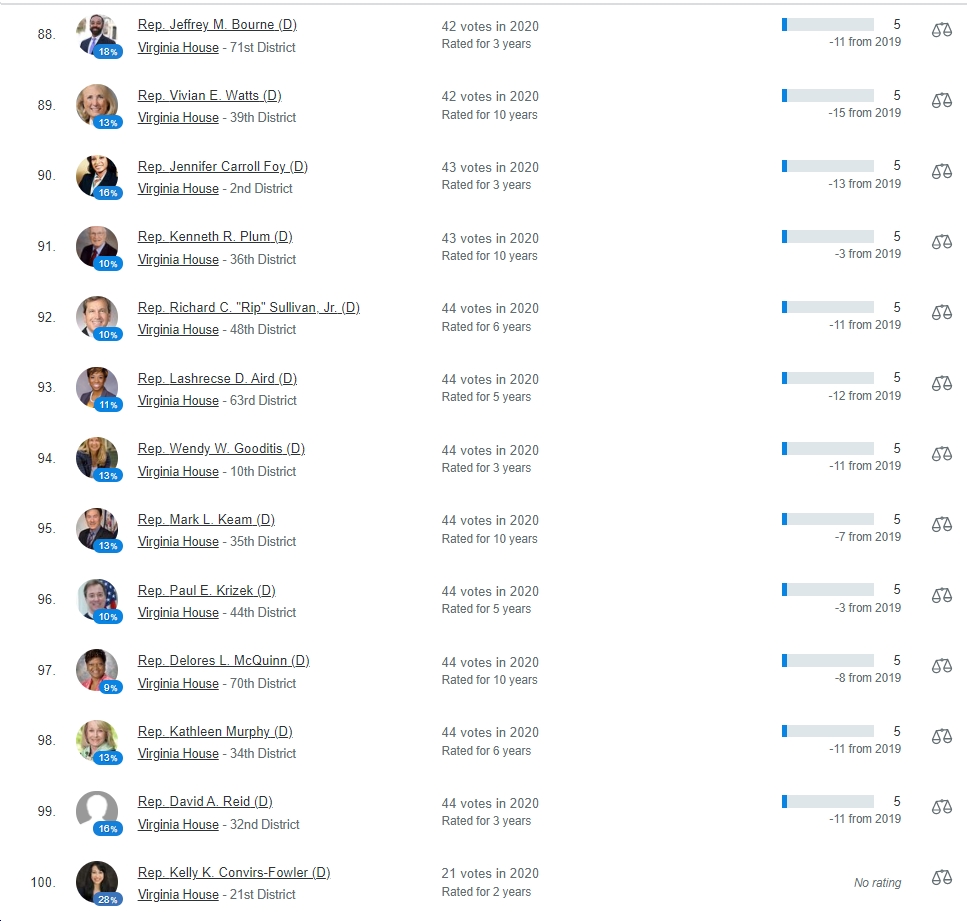