Excellent news this evening, as the Loudoun County School Board passed Policy 8040, “on the rights of transgender and gender-expansive students in the Loudoun County public school system,” by a 7-2 vote. The policy was adopted after last night’s School Board meeting had to be continued until today, due to many hours of public comments .

The vote was supposed to take place at Tuesday’s school board meeting, which drew dueling parking lot rallies by supporters and opponents of transgender rights, as well as the presence of Loudoun County law enforcement and the school system’s security force. It also attracted a horde of journalists from local and national outlets to report on the newest developments in the county that has become the face of the nation’s culture wars, and where meetings regularly generate conservative ire and segments on Fox News.

But after public comment stretched on for more than four hours, board members voted unanimously about 8:30 p.m. to postpone making a decision on the transgender guidelines until the following night. The board plans to reconvene at 5:30 p.m. Wednesday to finish up its meeting and take the vote.

Anyway, a little while ago this evening, the Loudoun County passed the policy by a 7-2 vote. Prior to doing so, School Board which Chair Brenda Sheridan referenced  the “negative comments, the heinous emails, voice mails and threats that I’ve received in order to see Policy 8040 passed and implemented to ensure a safe and affirming environment…for our transgender and expansive students.” See video, below or here, as well as some reaction from supporters of Policy 8040, which Chair Sheridan said will “ensure that all of our LGBTQ students are respected in our building, and I don’t believe without policy that that will happen; we have to have something to enforce the rules.” Nice job by everyone who advocated for this important and necessary policy! 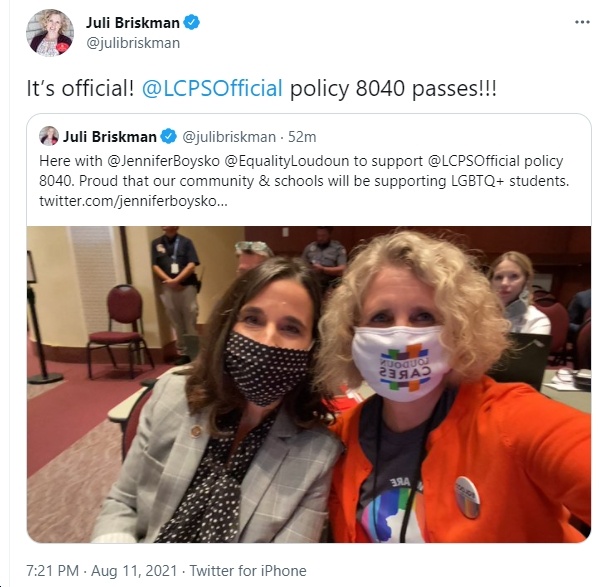 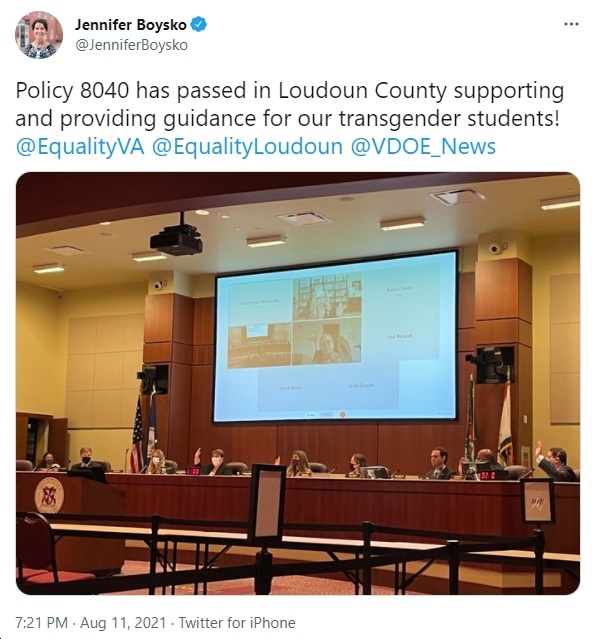 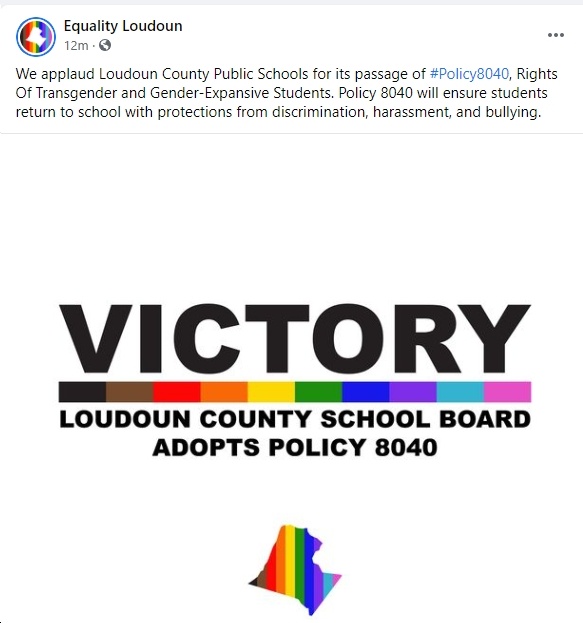 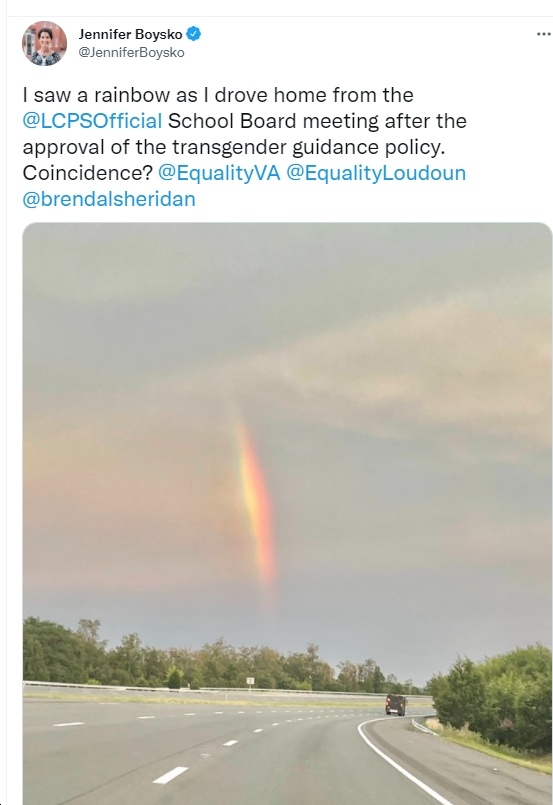 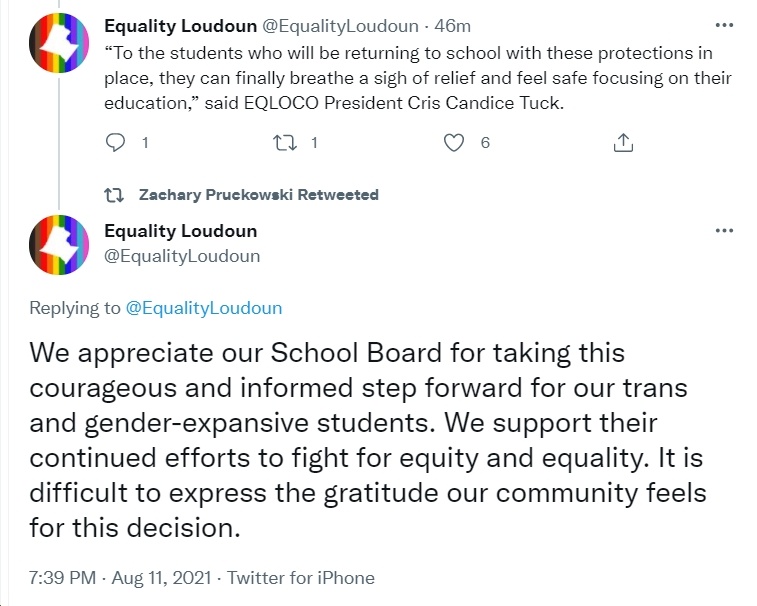