Last night in the Virginia State Senate, we saw the extent to which the Republican Party has descended into absurdity, as a routine debate over how to allocate $4.3 billion in American Rescue Plan Act funds had Republicans yelling “Marxism!” “Communism!” and other assorted idiocies. See below for the video, which went as follows:

Great job by Senators Howell and Saslaw, by the way, responding to this insufferable idiocy by Republicans. At some point, Democrats really do need to push back, and in this case, they did so – strongly. 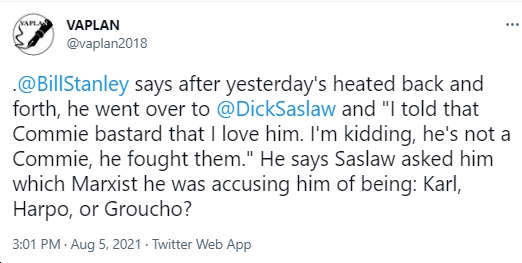