See below for some very interesting – and encouraging – early voting stats from yesterday, as well as some early-Sunday-morning analysis by UVA Law grad Sam Shirazi. Nice job! 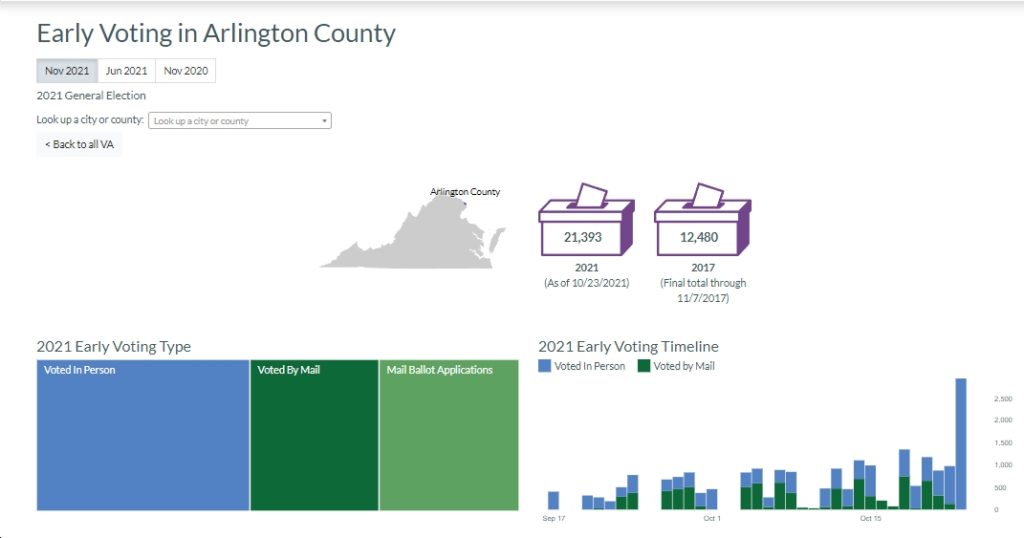 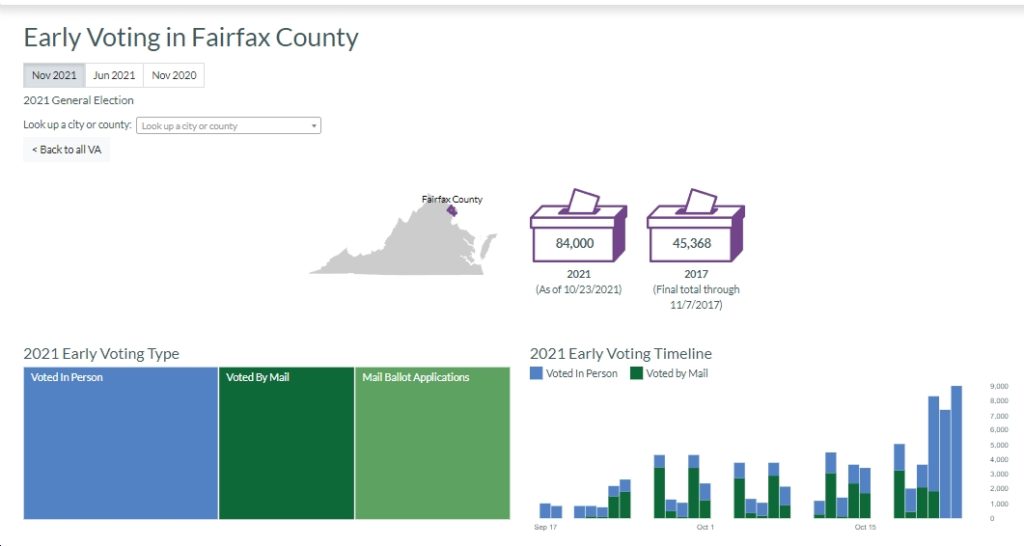 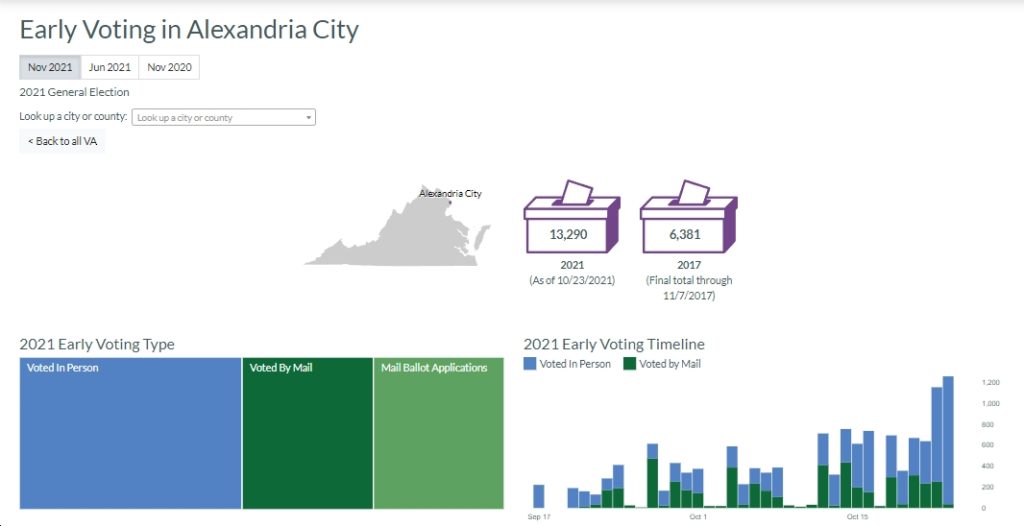 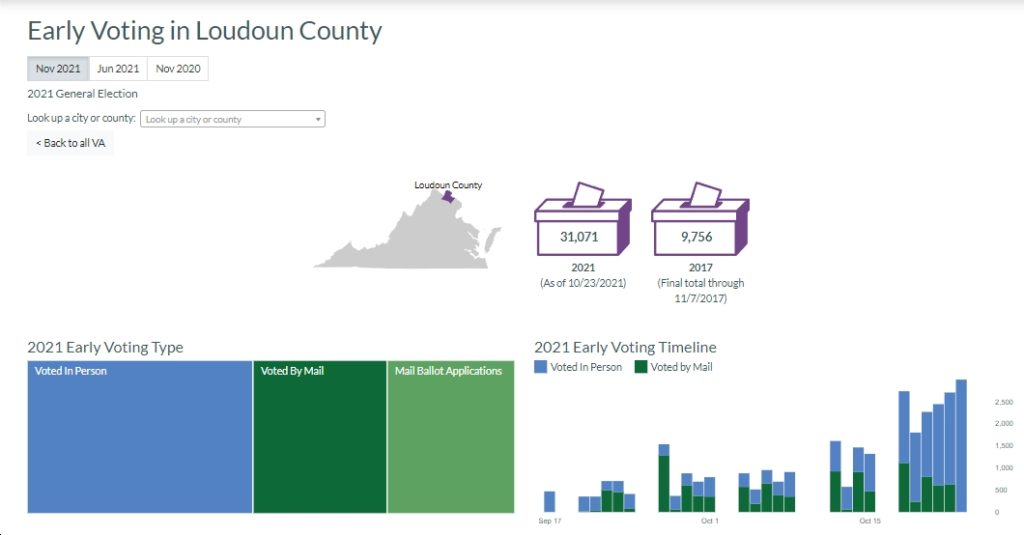 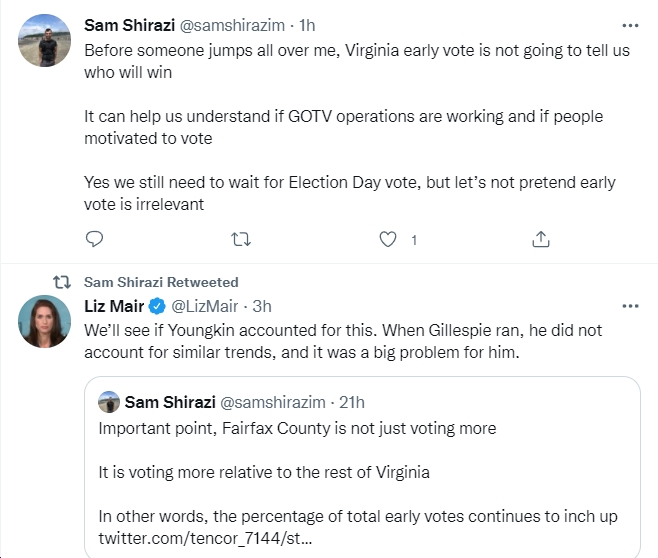 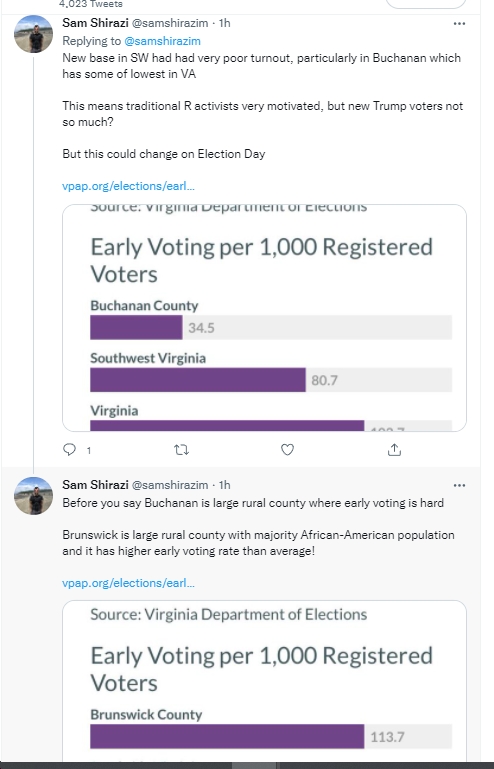 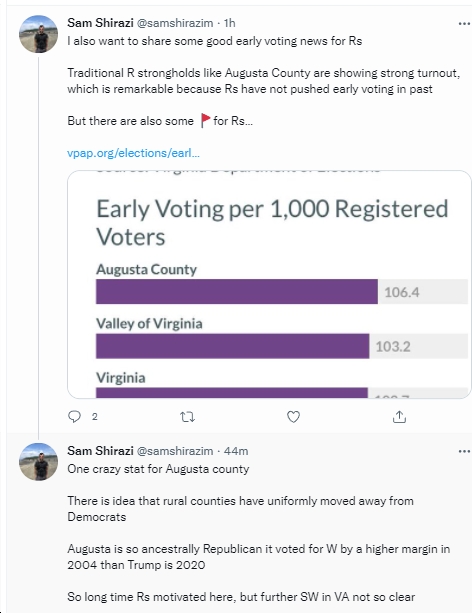 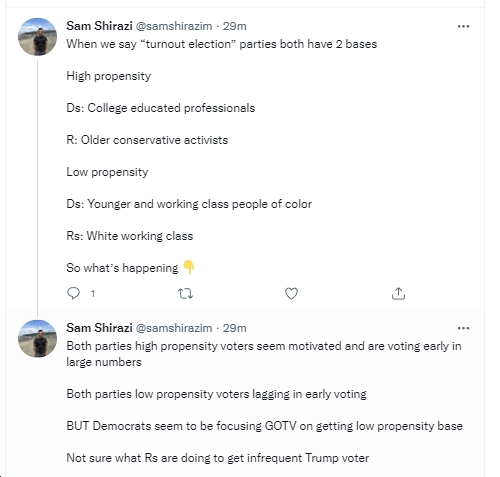 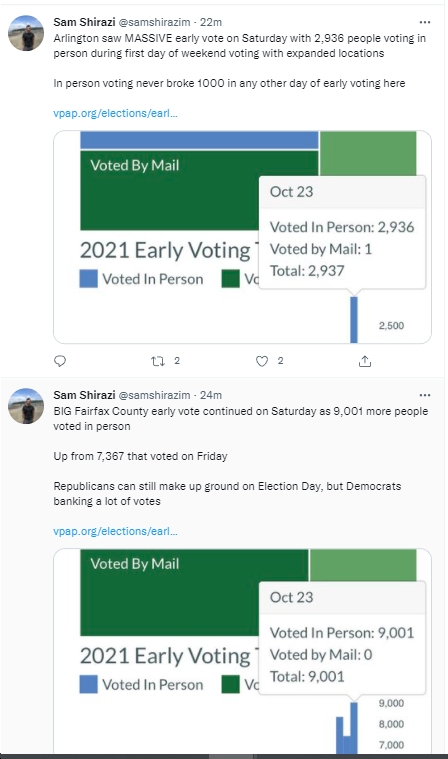 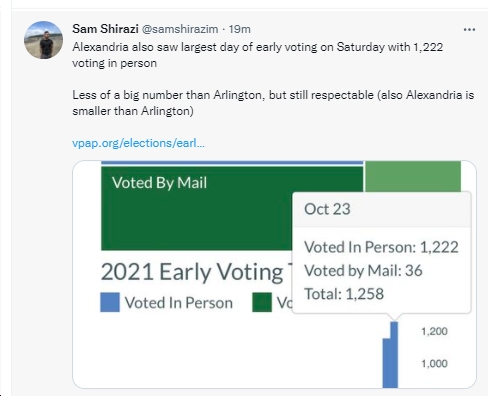 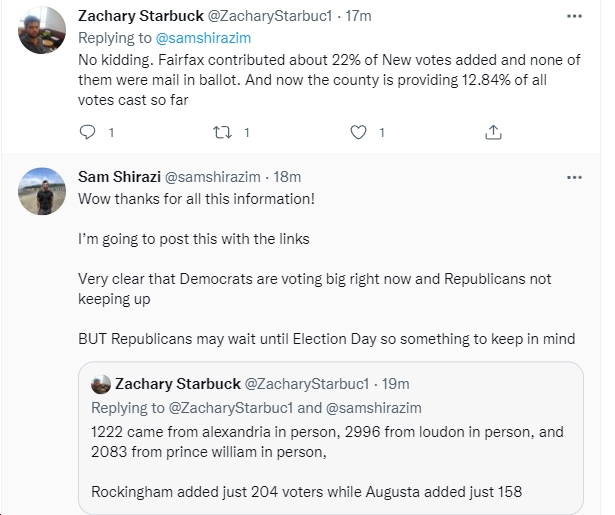 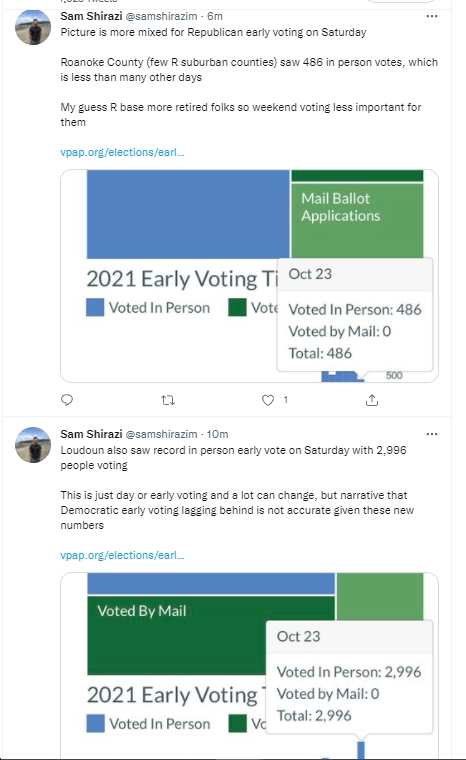 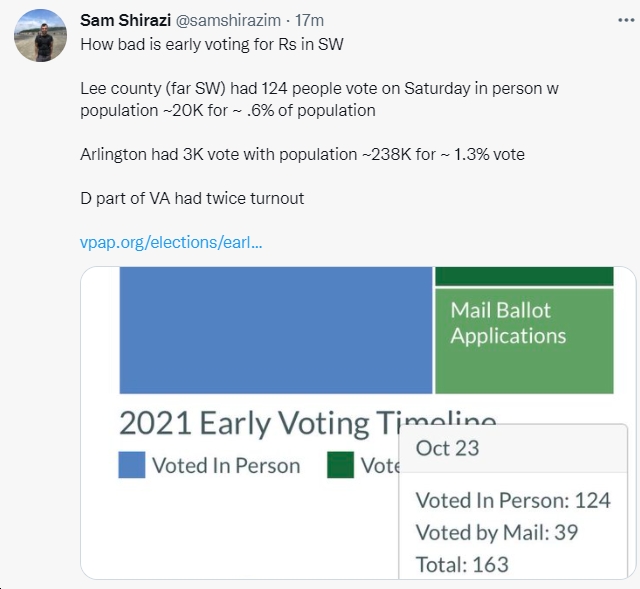 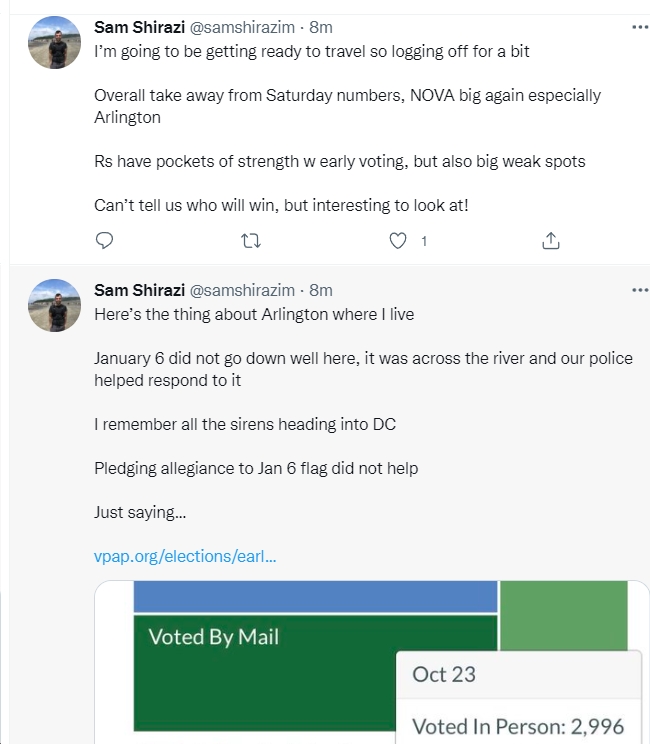 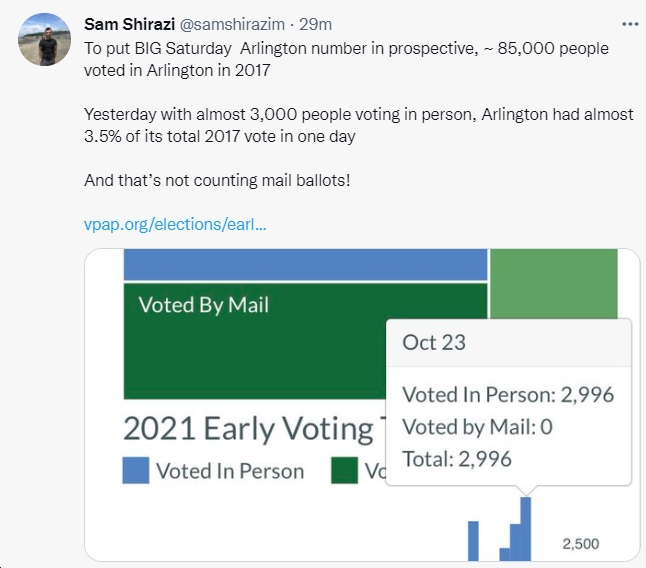 Democrats DID have a strong day, however, in 6 larger, heavily Dem jurisdictions (Alexandria,Arlington,Fairfax County,Hampton, Portsmouth,and Richmond). The statewide % of the EV cast as of yesterday was:

The main question is, how on earth did @time think this hagiographical trash by @mollyesque on Glenn Youngkin merited publication?!? https://bluevirginia.us/2022/07/molly-ball-pens-the-most-pathetically-bad-article-ever-written-about-glenn-youngkin h/t @progressive_va