See below for the latest on early voting trends in Virginia, with just today (Saturday) left to vote early. If you haven’t done so, please get out and VOTE – Democratic, up and down the ballot, of course – and let’s keep Virginia moving *forward*! As always, thanks to Sam Shirazi for his great work pulling so much early voting information together so quickly, first thing in the morning every day! Also, see VPAP for full details… 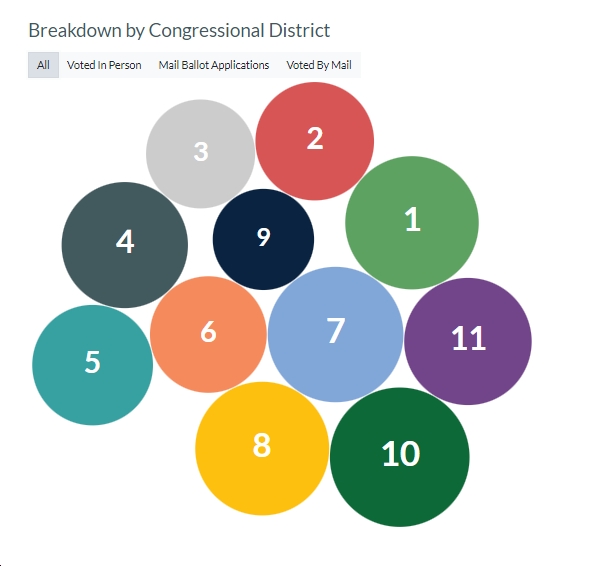 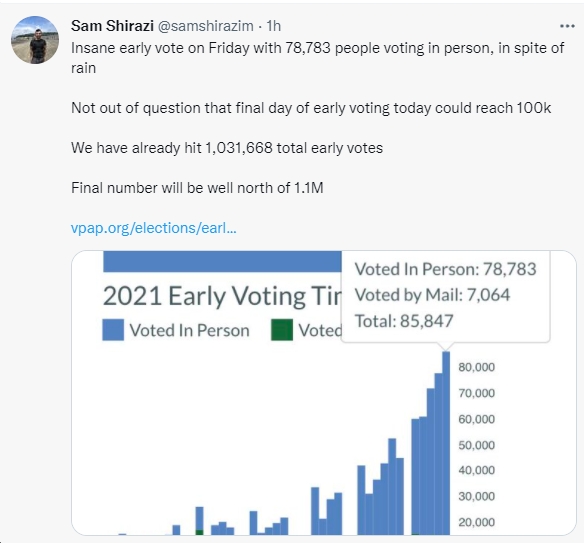 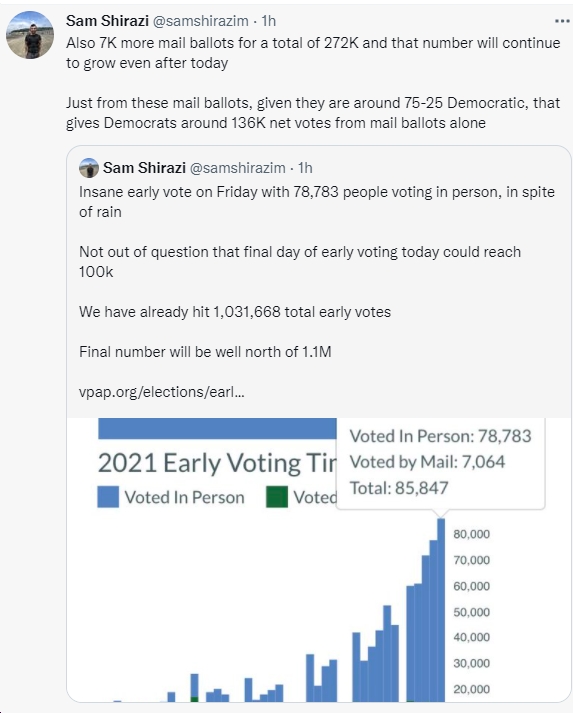 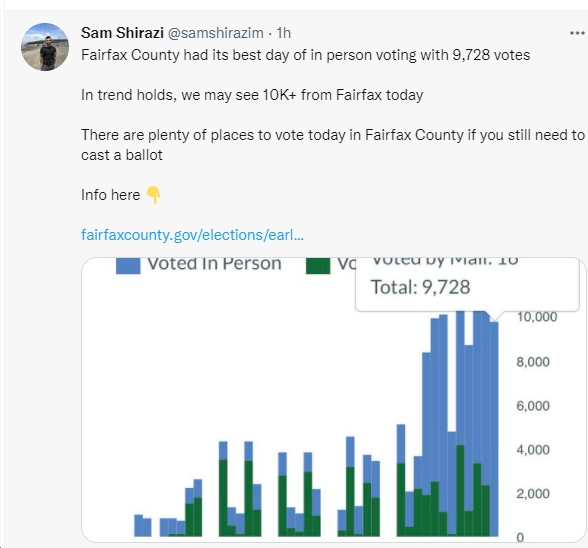 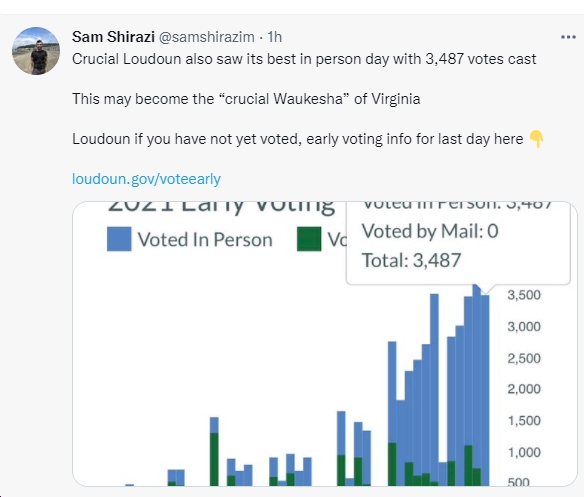 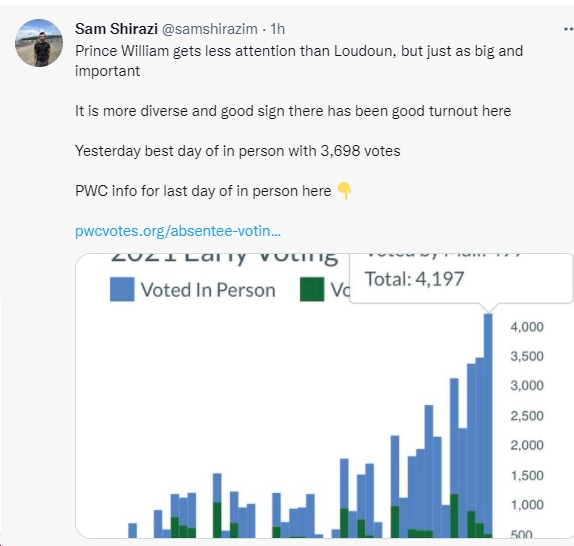 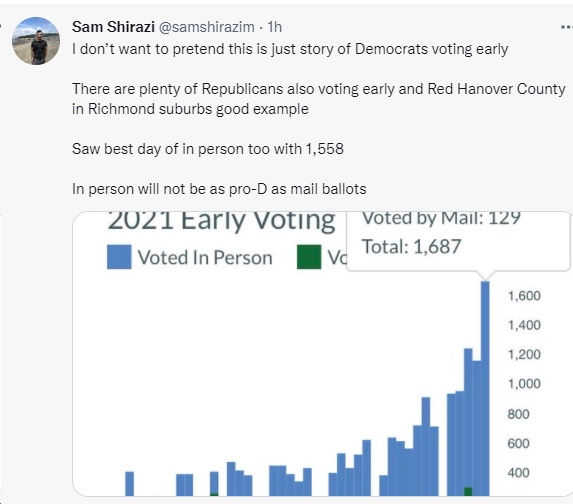 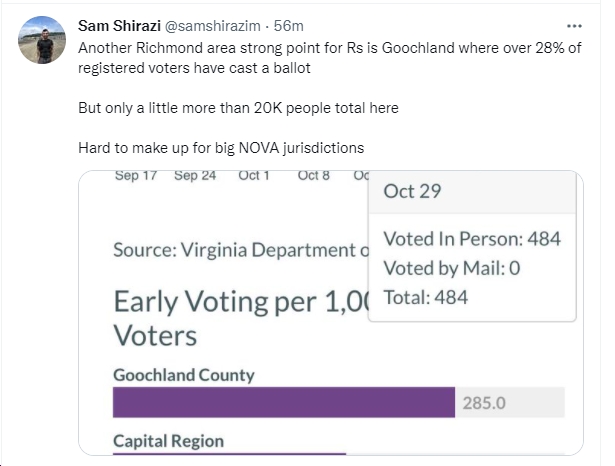 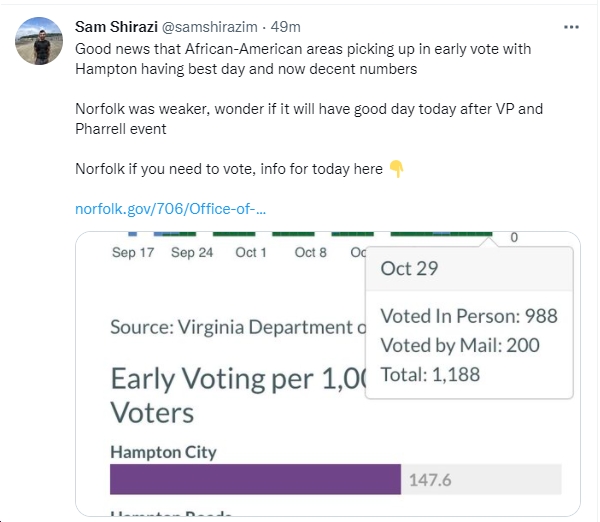 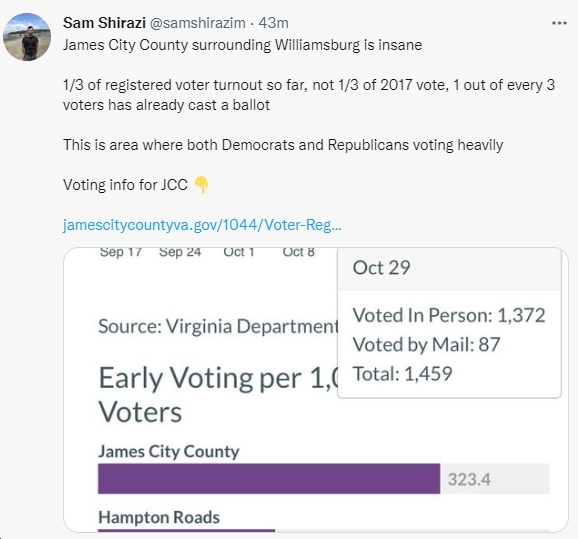 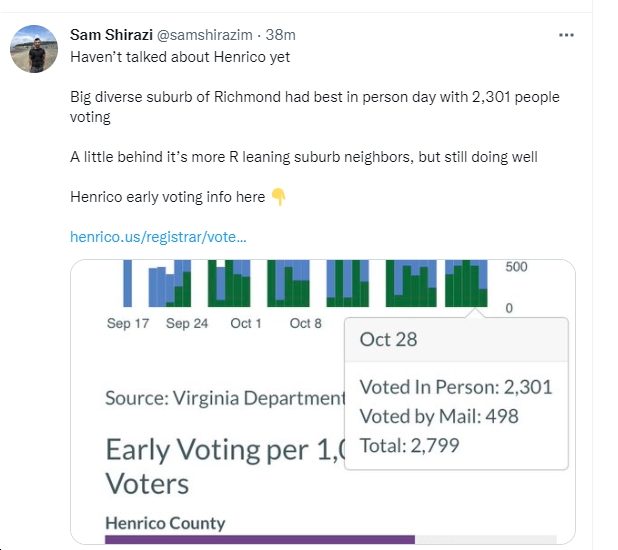 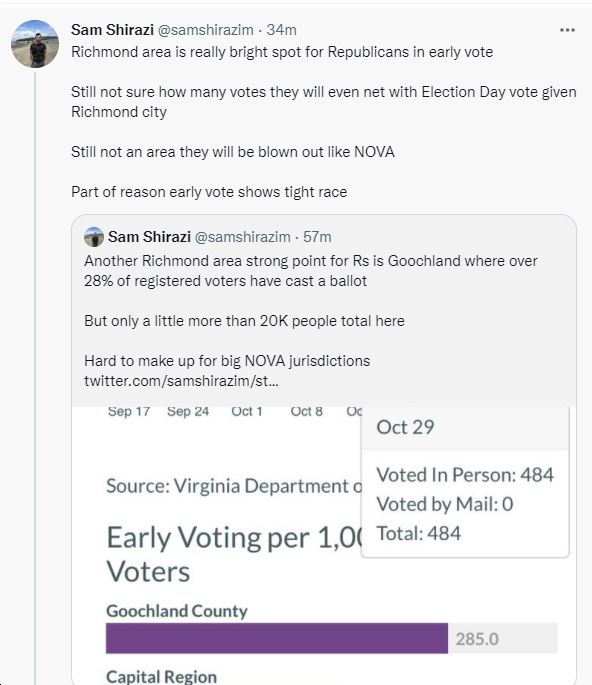 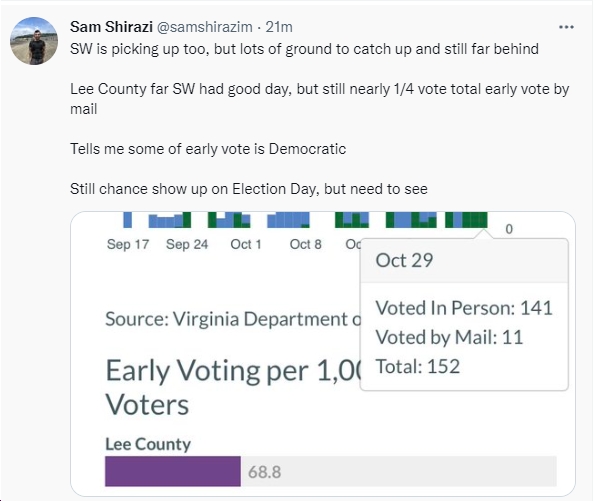