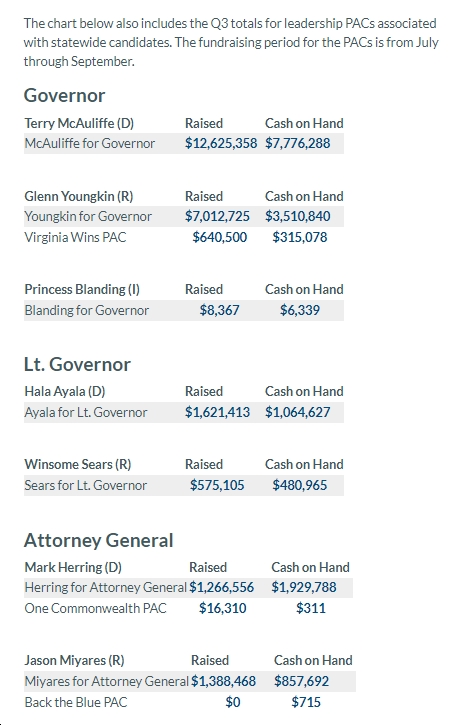 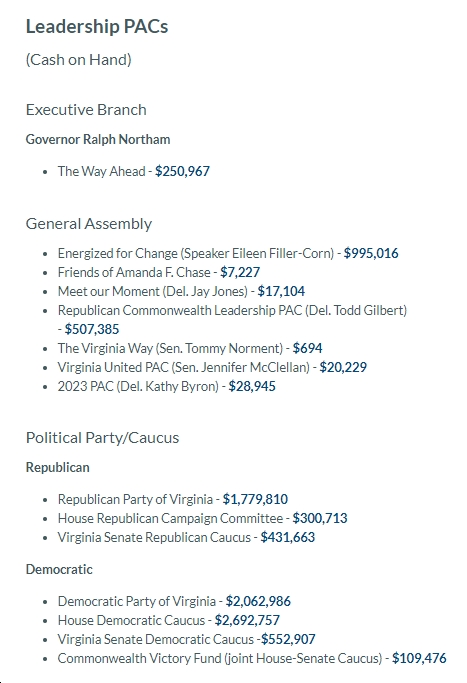 As Glenn Youngkin Continues to Pledge Loyalty to Donald Trump’s Dangerous Conspiracy Theory Agenda, Terry Receives 85,000+ Donations from Nearly 54,000 Donors in September, with 95% of Donations for $100 or Less

MCLEAN, VA – Terry for Virginia announced today that the campaign raised $12.6 million in September and has raised more than $45 million for the election cycle to date. Showing tremendous Democratic enthusiasm, Terry has continued to build an unmatched grassroots army of support. Terry for Virginia’s September fundraising haul came from over 85,000 donations from nearly 54,000 individual donors, with 95% of donations for $100 or less. Terry for Virginia ended September with $7.7 million cash on hand.

Terry continues to build the largest grassroots movement in Virginia history, receiving more than 215,000 contributions from 100,000+ donors to date, including support from all of Virginia’s 133 cities and counties. While Glenn Youngkin has pledged to spend $75 million of his own money to buy the governor’s office and push his and Donald Trump’s divisive agenda, Terry has released 20 detailed plans outlining how he will build a stronger economy, make health care more affordable, and give every Virginia child a world-class education.

“We have built the largest grassroots army in Virginia history and I am so proud of my supporters from every corner of the Commonwealth,” said Terry McAuliffe. “Virginians are excited about electing proven leadership who will prioritize creating good jobs, making health care more affordable, and giving every child a world-class education. We’ve defeated Donald Trump in Virginia twice before, and this November we’ll once again show Donald Trump that his dangerous, divisive agenda and his hand-picked candidate Glenn Youngkin have no place in our politics.”