See below for the latest on Virginia early voting, courtesy of VPAP and Sam Shirazi, who’s doing a great job with these early-morning (and throughout-the-day) updates! Some highlights include: 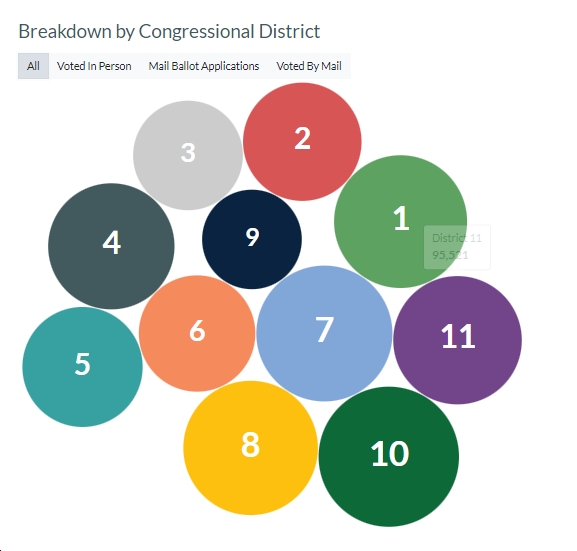 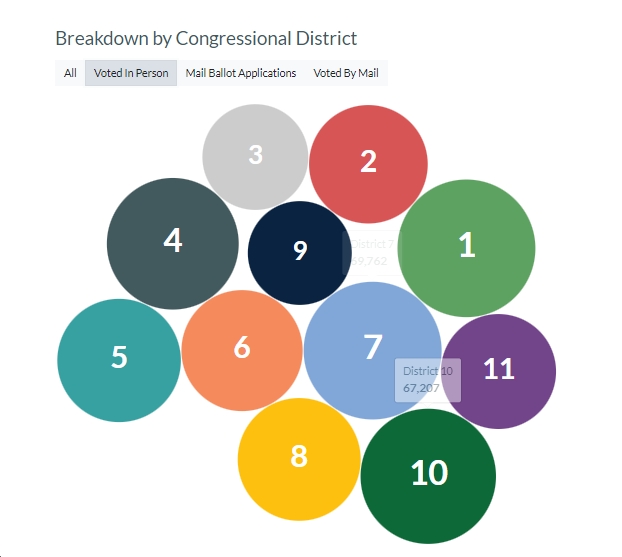 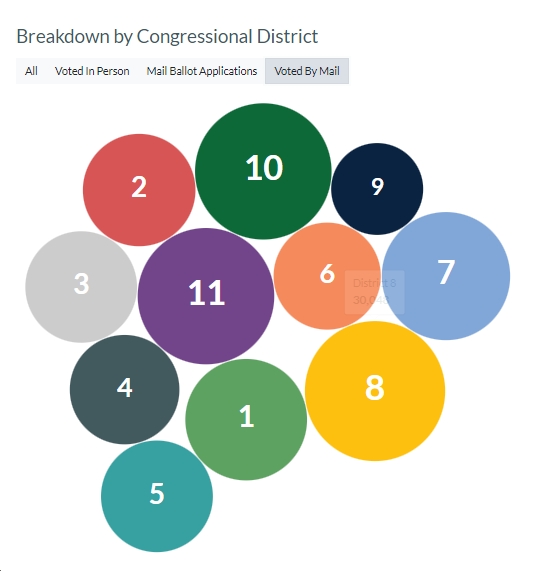 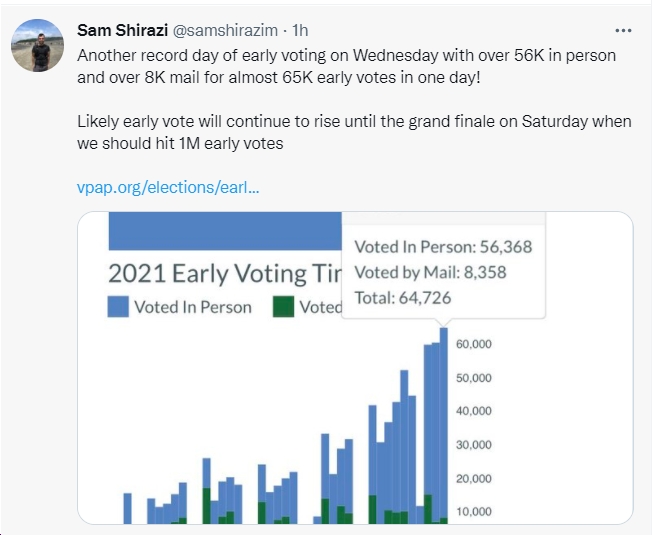 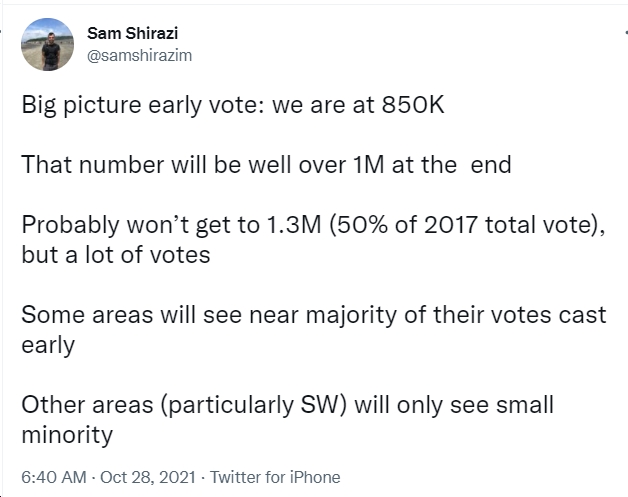 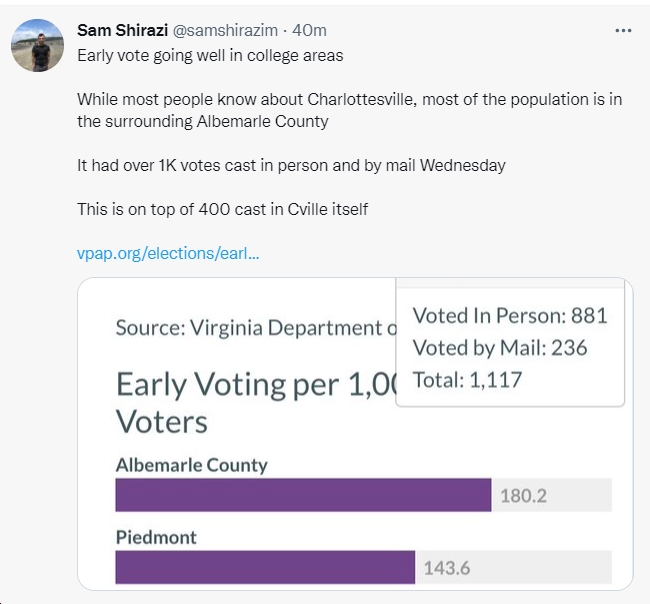 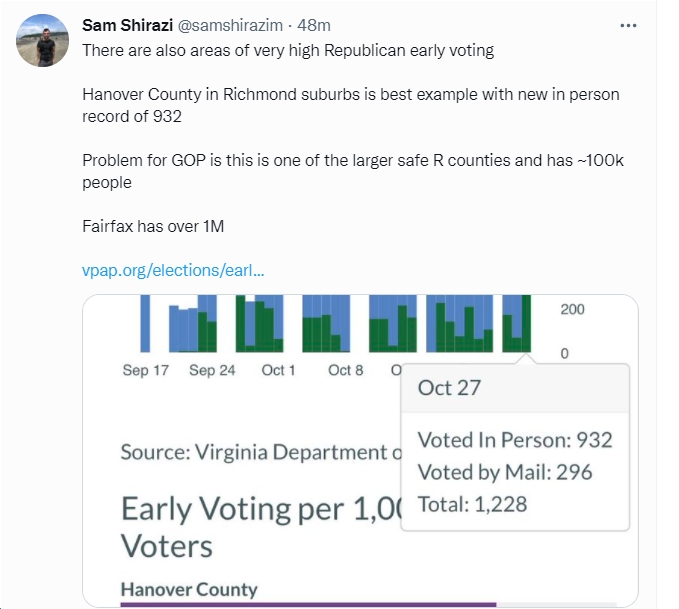 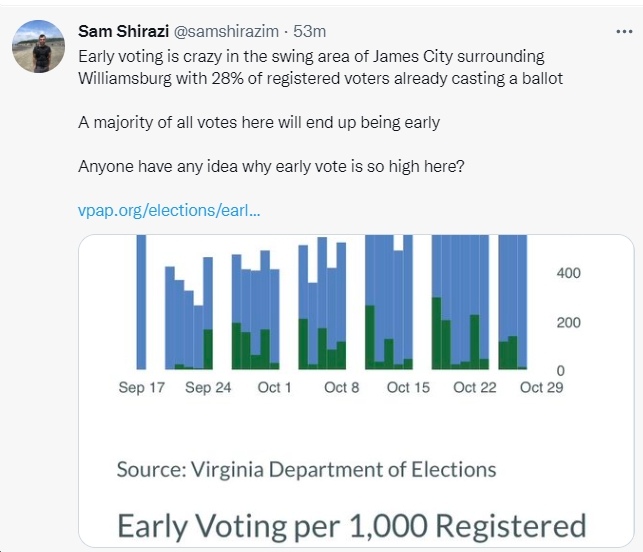 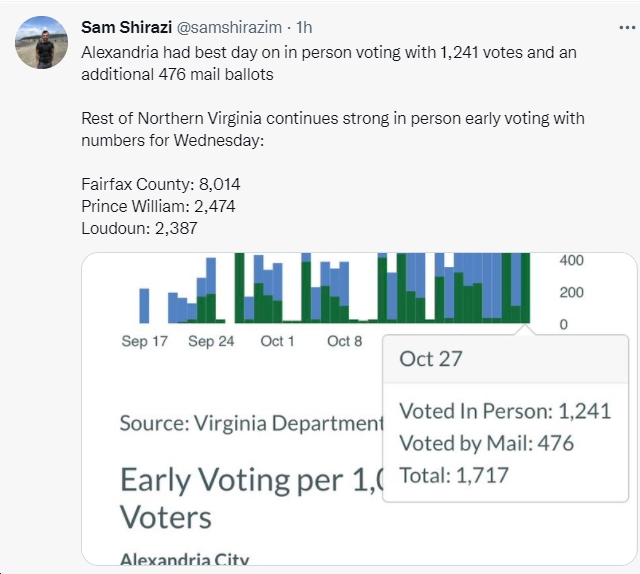 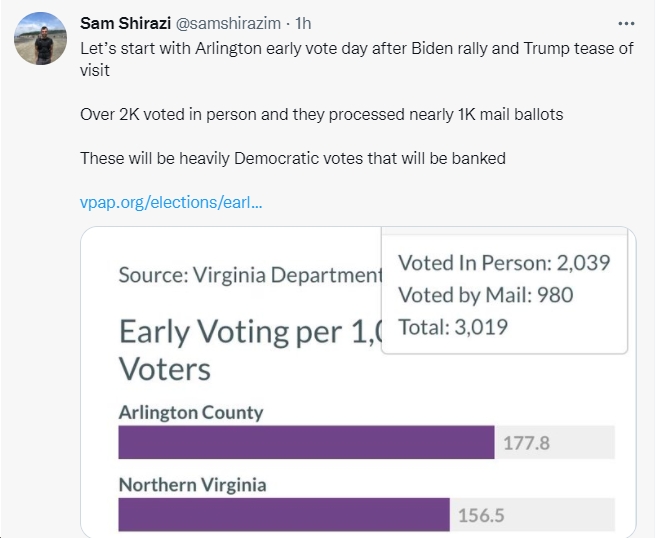 Exactly - many of us had vampires vs. werewolves (or Superman vs. Aquaman or whatever) debates...when were were 7! But then, as Barack Obama said, we grew up! LOL https://bluevirginia.us/2022/12/thursday-news-banana-peels-for-xi-jinping-kevin-mccarthy-is-caught-in-trumps-vicious-cycle-teachers-rail-against-virginia-gov-youngkins-proposed-curriculum-updates-m#comment-6055079071 h/t @mmpadellan