See below for some maps, by VPAP, of November 2021 turnout by precinct. A few things that jump out at me include:

Sensing a pattern here? Bottom line: for a variety of reasons (including tapping into and stoking anger, grievance, etc.), the Youngkin campaign was able to energize its “base” voters to turn out at incredibly high rates for a gubernatorial election, while the McAuliffe campaign wasn’t able to keep up…or even close, really (again, for a variety of reasons, including President Biden’s relatively low approval ratings and the absence of a real equivalent to Youngkin’s potent-albeit-dishonest-and-disgusting “Southern Strategy” variant), resulting in McAuliffe’s relatively narrow loss (by 2 points) in a state that Joe Biden had just won the year before by 10 points, and which Ralph Northam won in 2017 by 9 points. 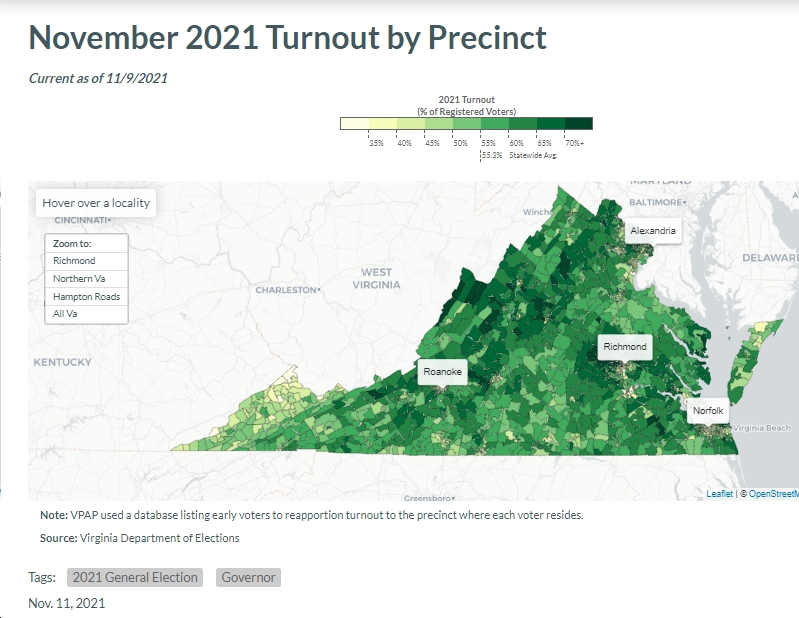 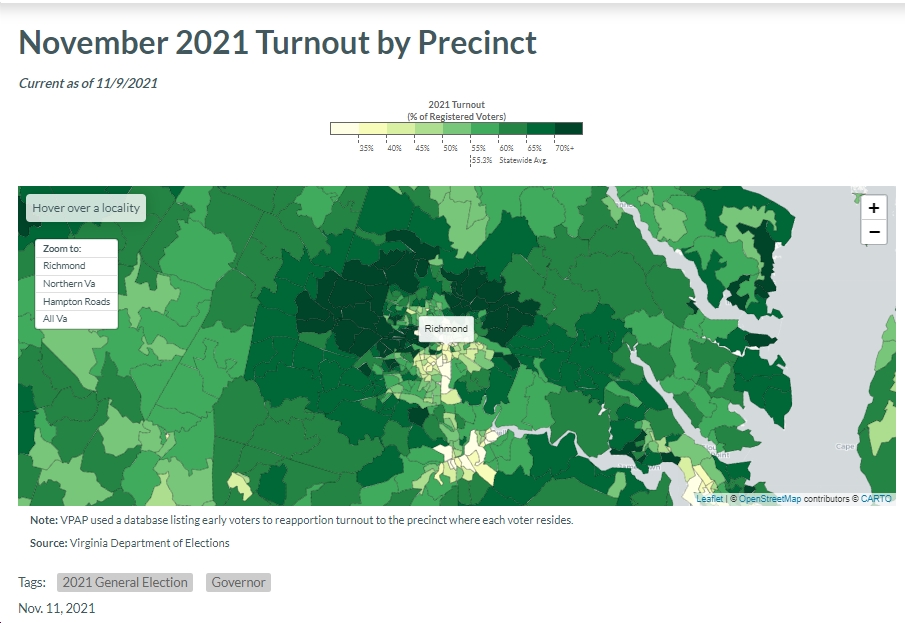 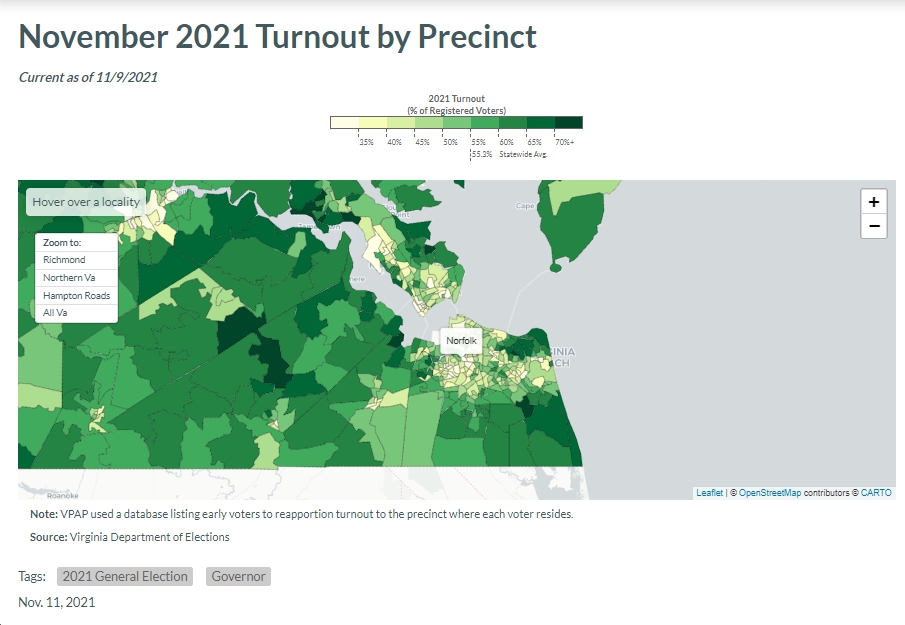 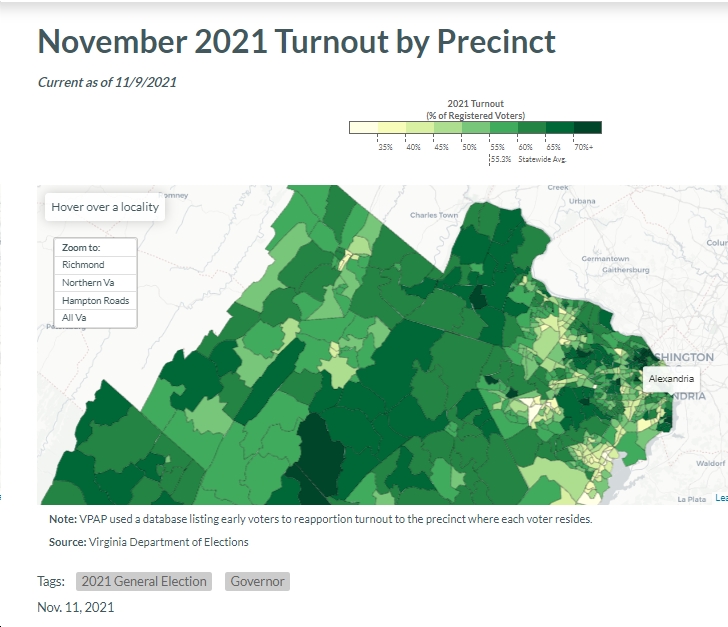