“This vote on marriage equality is about constituent service [but]…because of what is written in the Virginia constitution, when you deprive them – when you say no, we’re going to keep this – what you’re teliing them is that you hope that one day a decision will come down that will hurt your constituents…It’s time for our constitution to do the exact same thing that the federal constitution does at this point and to reflect that reality…When we do the right thing, our constituents are emboldened to be themselves. Your vote for this doesn’t make anyone gay…it just allows them to know that their governing officials have their back…”

And as Del. Mullin said: 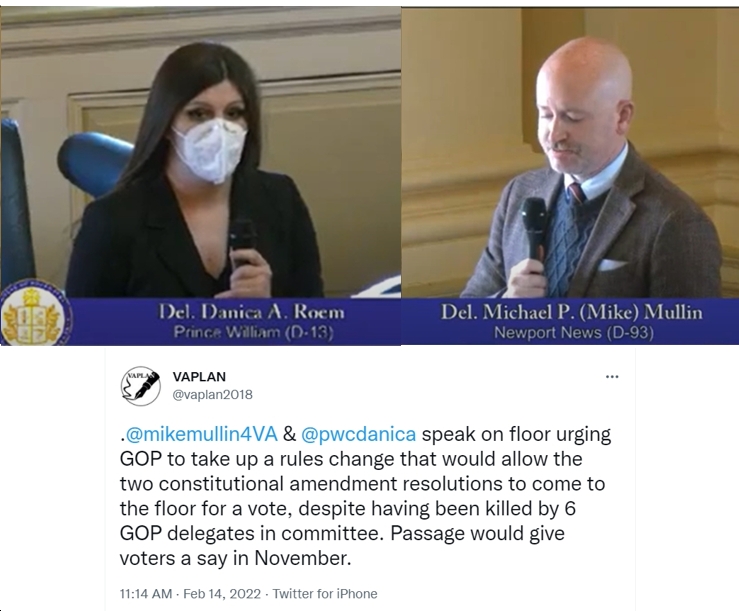