A few minutes ago, the State Senate voted 21-17 (all Rs voting yes, plus Dems Chap Petersen, Joe Morrissey and Lynwood Lewis) to pass Sen. Siobhan Dunnavant (R)’s SB739. The bill “[r]equires, except in the case of the 10 unscheduled remote learning days otherwise permitted by law, each school board to offer in-person instruction.” It also contains an amendment by Sen. Chap Petersen which adds the provision, “the parent of any child enrolled in a public elementary or secondary school, or in any school-based early childhood care and education program, may elect for such child to not wear a mask while on school property.” In other words, this bill would override local school boards, and instead direct from the state level how localities respond to the COVID-19 pandemic, whether via virtual learning or masking policy.

As you can see in the following tweets from Cindy/VAPLAN, reporter Graham Moomaw and reporter Brandon Jarvis, and video from the floor speeches by Democrats in opposition to this bill, this is a very, VERY unwise approach, but unfortunately, with their narrow 21-19 majority in the State Senate, and with three of their caucus members breaking ranks, Democrats didn’t have the votes to stop it today. The Senate Dems’ “firewall” is looking pretty shaky at the moment (especially since the Senate also  this afternoon passed this godawful, roundabout school censorship/book banning bill as well). 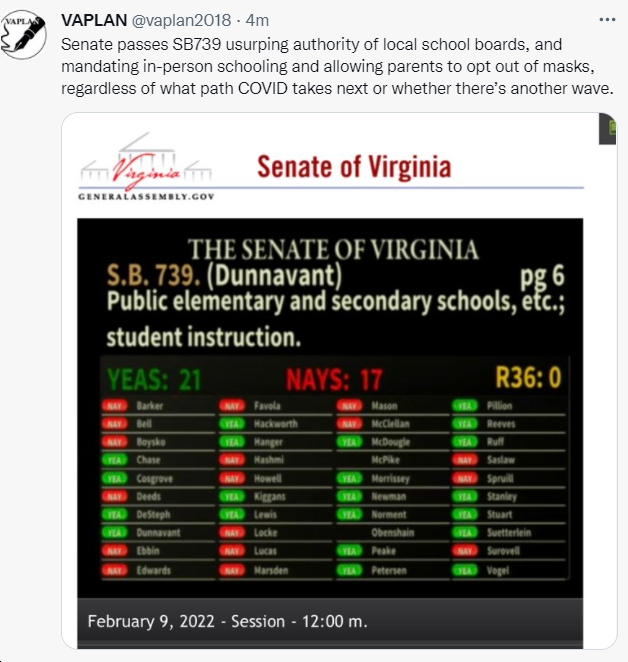 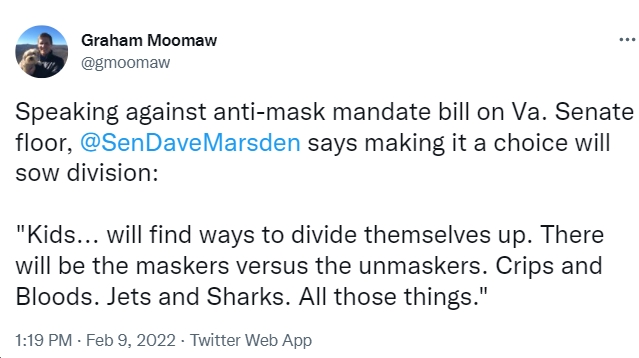 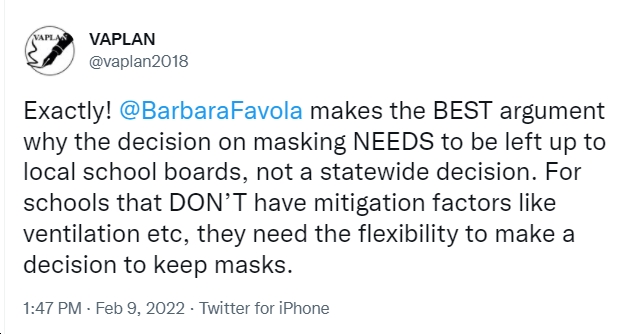 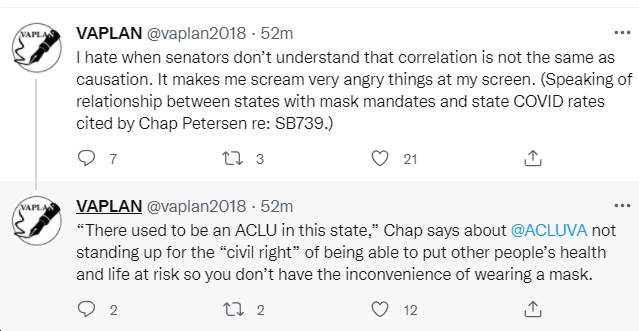 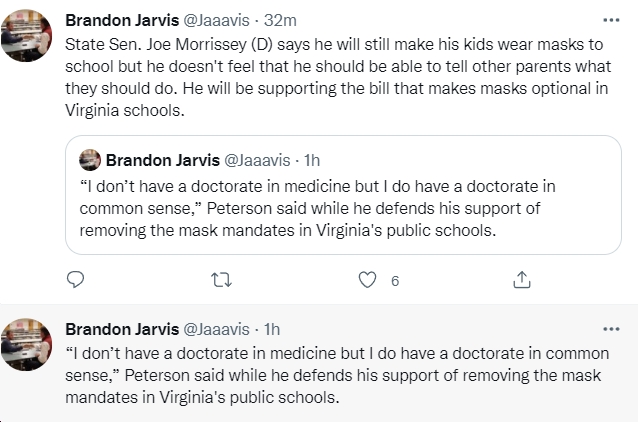