There’s certainly a LOT to “unpack” in this email from far-right, insurrectionist VA State Senator Amanda Chase (R). First, though, a bit of background, specifically that Chase already has two Republican opponents (former State Senator Glen Sturtevant, former VA07 GOP primary candidate Tina Ramirez) lined up to face her next year, when she runs for reelection in solidly “red” (57% Youngkin) SD12, which is located 91% in Chesterfield County.

So now that the 2022 Virginia General Assembly session has adjourned, Chase is (wisely) turning her attention to defending her seat, including sending out “red-meat-for-the-far-right-base” fundraising letters like the following. Of course, given Chase’s target audience, and given what she’s all about, we shouldn’t be surprised that her email is chock-full of falsehoods, bizarre statements, conspiracy theories, anti-“establishment” rhetoric, grievance, the “Big Lie,” typos…the “full monty” of Trumpism, so to speak. For instance:

So anyway, this is where today’s Republican Party’s collective head seems to be at, certainly in intra-party primaries – on the “John Birch Society”-style, far-right fringes, aka, crazytown. The question for Chase’s opponents will be whether they try to out-extremist and out-crazy Chase, or whether they try to appeal more to a more traditional, conservative ideology…the kind that used to exist before the “Tea Party” and the rise of Trumpism. What’s scary is that, in safe “red” districts like this one, whoever wins the Republican primary is almost certain to be elected in November, which is how we end up with elected officials like Amanda Chase, Bob Good, Lauren Boebert, Marjorie Taylor Greene, Madison Cawthorn, etc. Scary and dangerous times for American democracy… 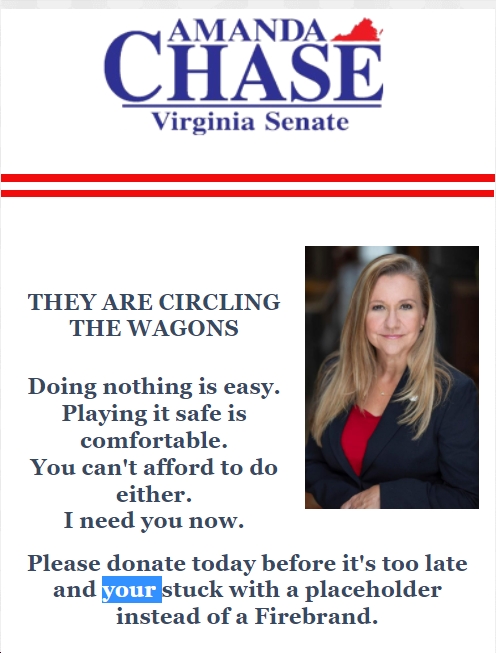 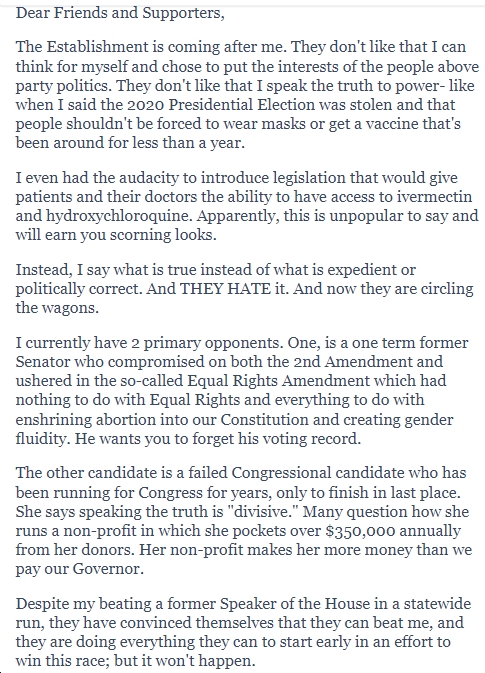 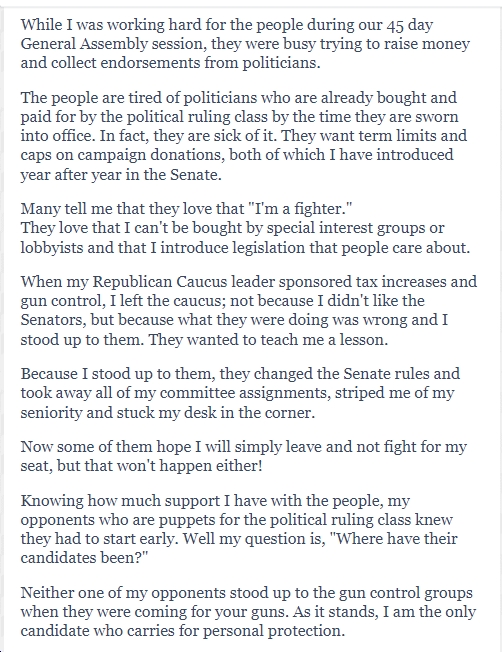 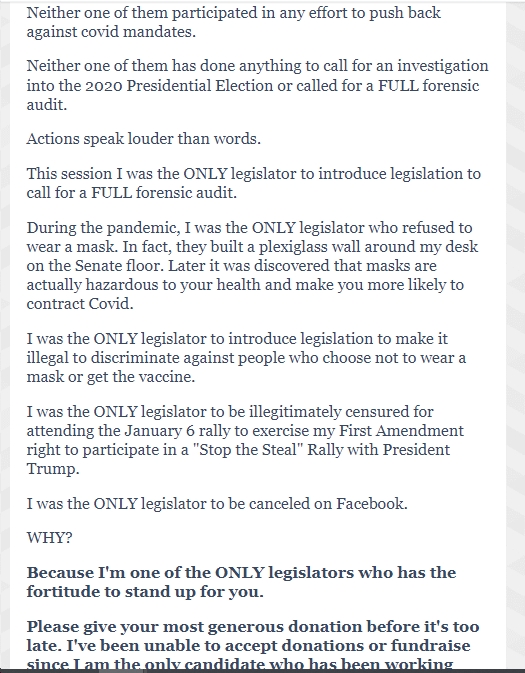 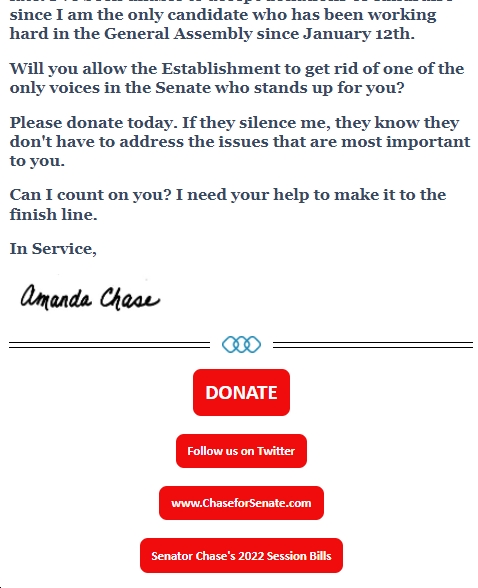 Youngkin Appointee to Kellen Squire: “If you didn’t want your kids to be attacked, you should have made better life choices.”

Wednesday News: “Worried about abortion and demonic possession? You’d make a great Republican politician”; “Republicans have a choice: They can dump the kooks.”; VP Harris Calls For Assault Weapon Ban; “Hugh Hewitt vs. Bob Woodward and the Washington Post” https://bluevirginia.us/2022/07/wednesday-news-worried-about-abortion-and-demonic-possession-youd-make-a-great-republican-politician-republicans-have-a-choice-they-can-dump-the-kooks-vp-harris-calls-for-assaul