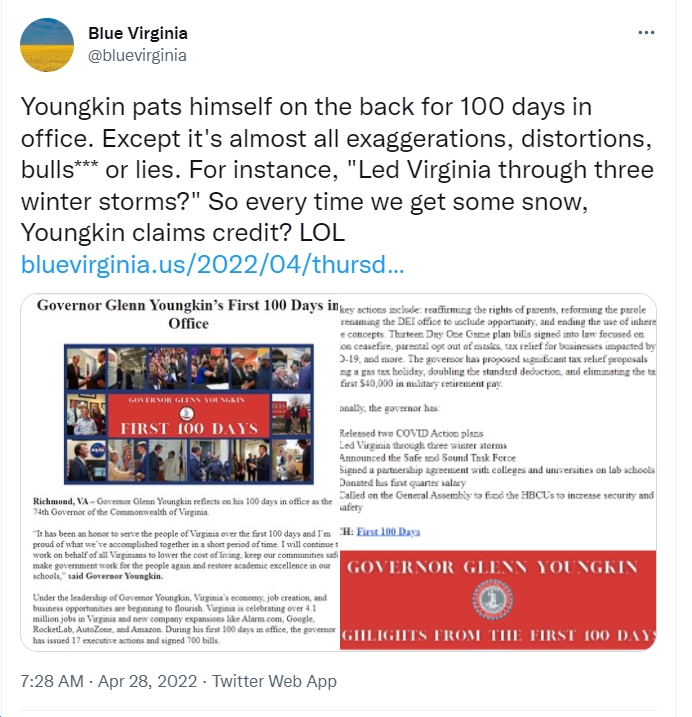 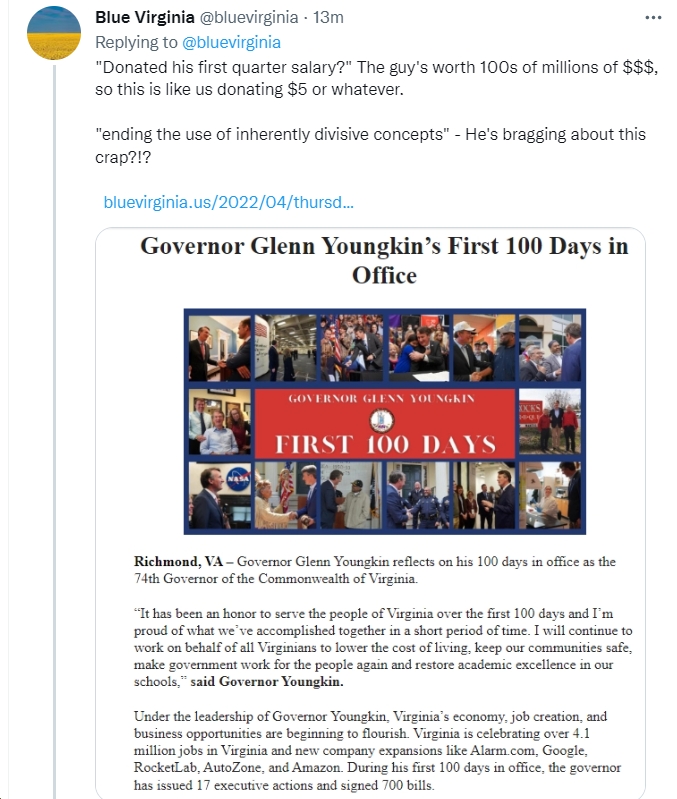 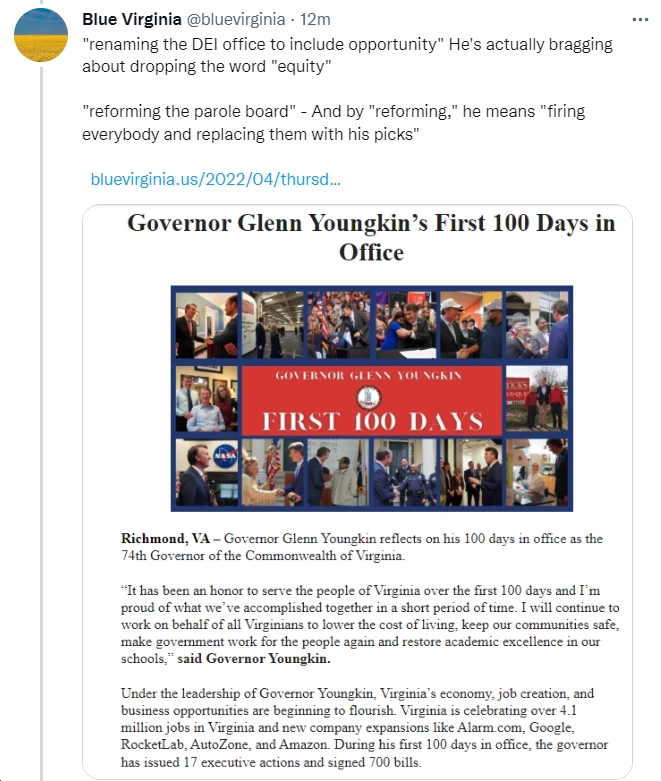 Also, none of this is remotely accurate: “I will continue to work on behalf of all Virginians to lower the cost of living, keep our communities safe, make government work for the people again and restore academic excellence in our schools.” In fact, the exact opposite is closer to the truth.

“During his first 100 days in office, the governor has issued 17 executive actions and signed 700 bills.” Yes, and most of those executive actions – such as waging war on public schools, teachers, etc. – were really, really bad.

“The governor has proposed significant tax relief proposals including a gas tax holiday, doubling the standard deduction, and eliminating the tax on the first $40,000 in military retirement pay.” – Youngkin’s approach is highly regressive, fiscally reckless, and generally what you’d expect from someone who was endorsed by Donald Trump, Ted Cruz, Ron DeSantis, etc. Fortunately, the Democratic-controlled State Senate will save Virginia from Youngkin on this, but if Republicans were to ever get a governing “trifecta,” watch out!