Hot off the (virtual) presses:

“The Virginia Department of Energy and the Virginia Solar Initiative developed and conducted a statewide survey to better understand the barriers that local governments and localities face in implementing solar development. The first of its kind in Virginia, the Virginia Solar Survey is a comprehensive questionnaire that collects data on solar readiness, policy, and solar and energy storage experience. The survey was distributed online to all 95 counties and all 38 independent cities in Virginia between July 13 and August 13, 2021.”

See below for key findings, including: 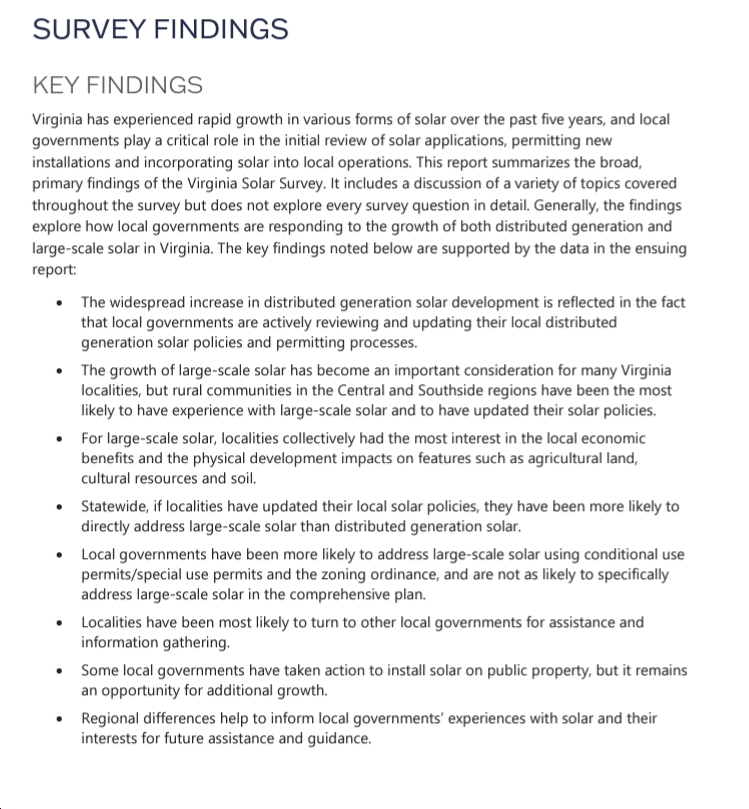 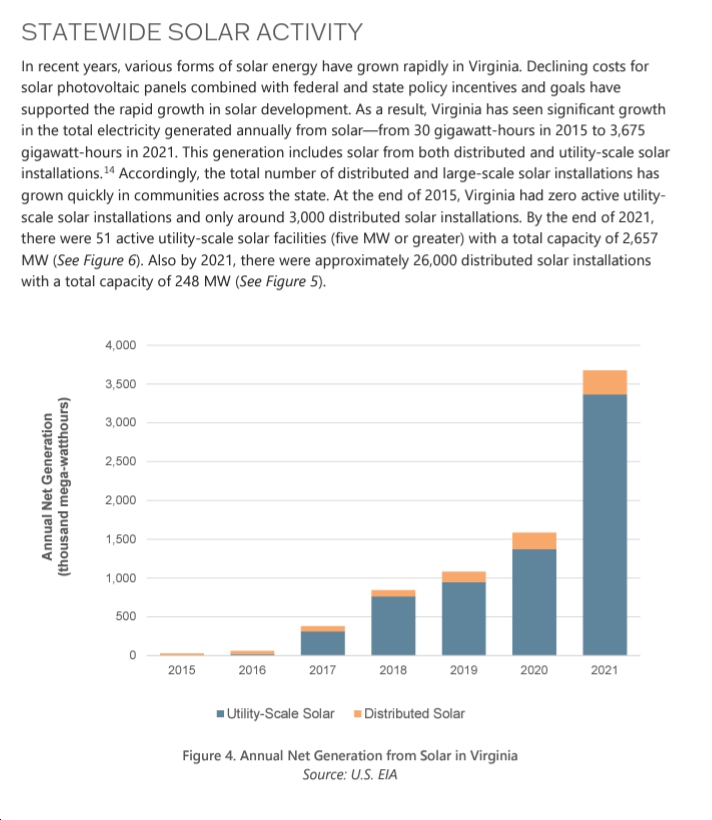 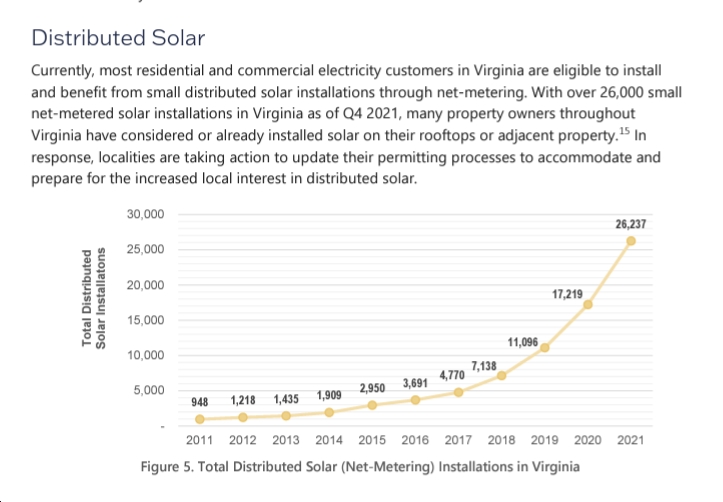 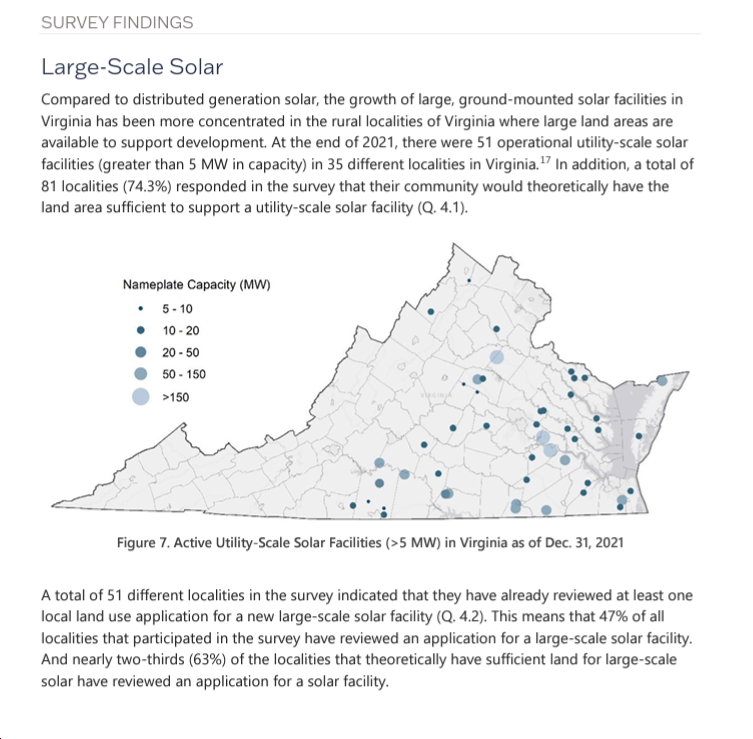 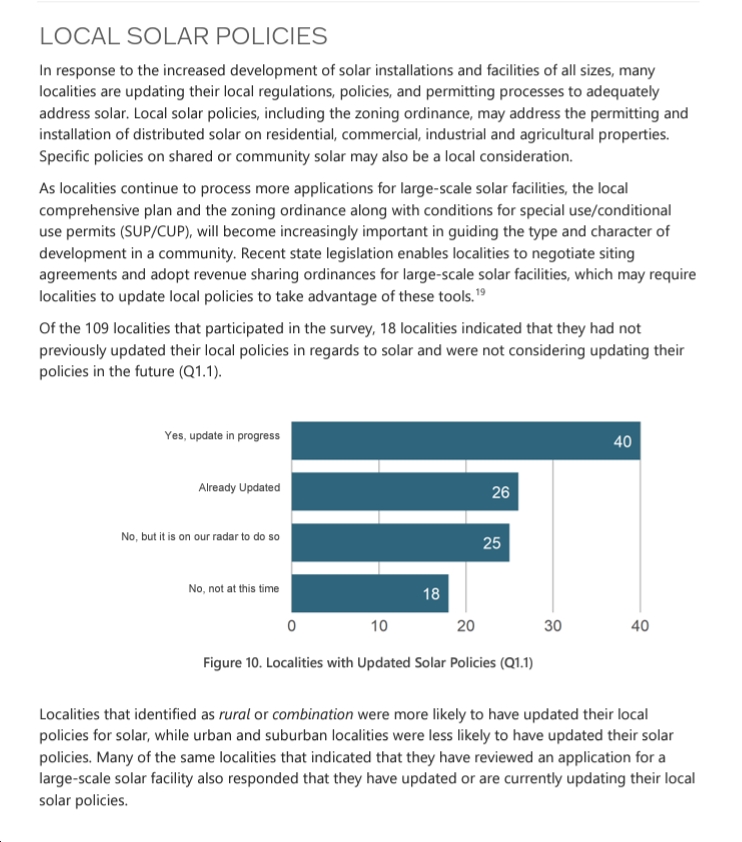 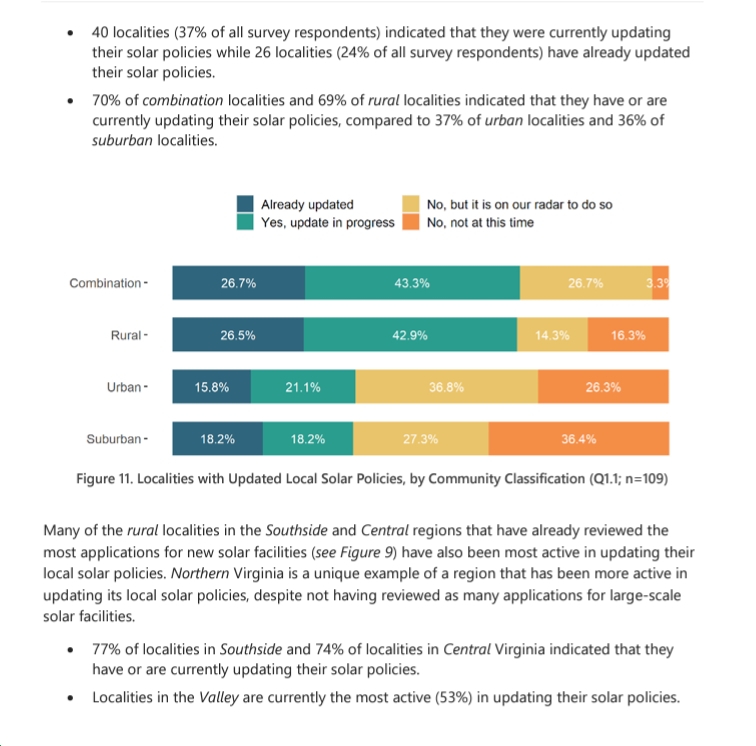 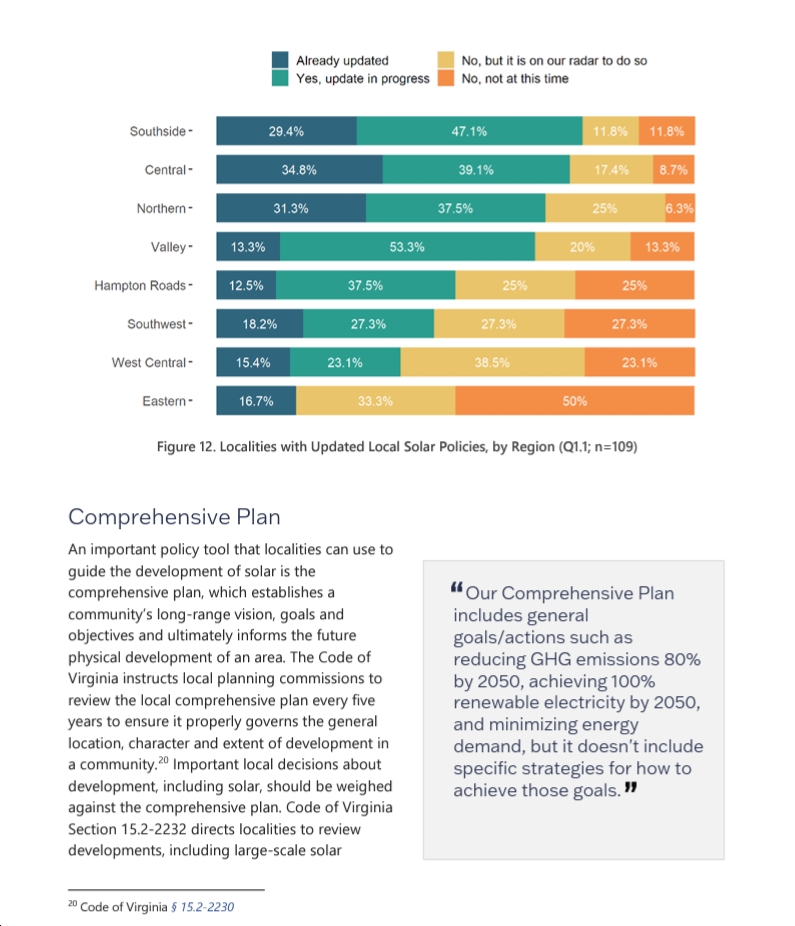 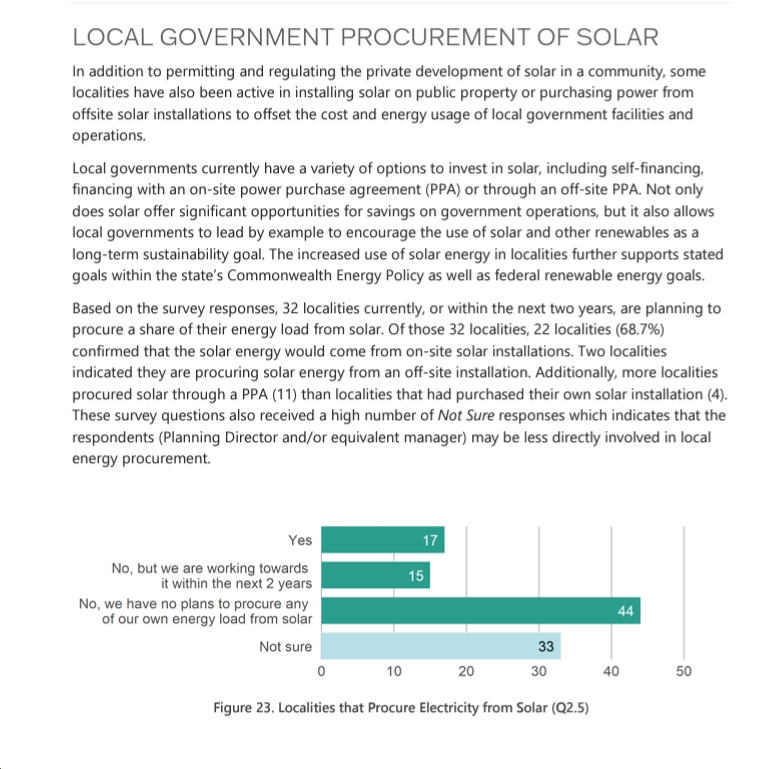 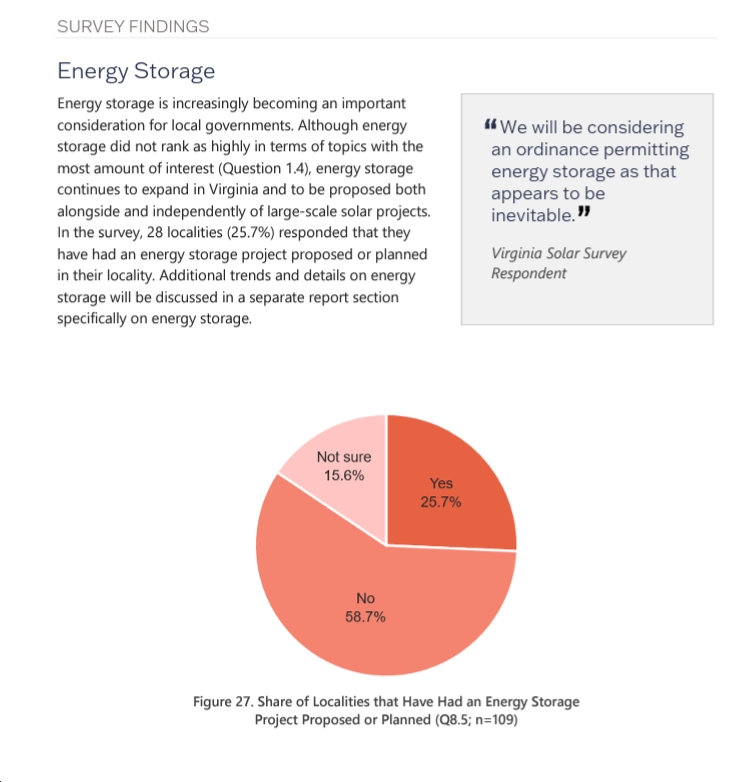