A few minutes ago, the Virginia State Senate voted 22-18 to kill Gov. Youngkin’s amendment to Del. David Reid’s bill, in which Youngkin tried to force Loudoun County School Board Elections a year earlier than the four-year terms the members were elected to back in November 2019. As conservative Republican Sen. David Suetterlein explained during the debate, you can’t just shorten elected officials’ terms in office, as set by the constitution, because you’re unhappy with their votes, actions in office, etc. Also, just imagine how Republicans would have reacted if Gov. Ralph Northam had tried to force early elections for Republican-controlled school boards or county boards or whatever?  For good reason, Republicans would have been very upset about that. Anyway, that’s simply not how our system of government works, and as VAPLAN explains, “it truly is a terrible precedent to allow executive action to force a new election on the basis of disagreeing with an elected official.” Fortunately, the State Senate rejected this extremely unwise amendment by Gov. Youngkin. 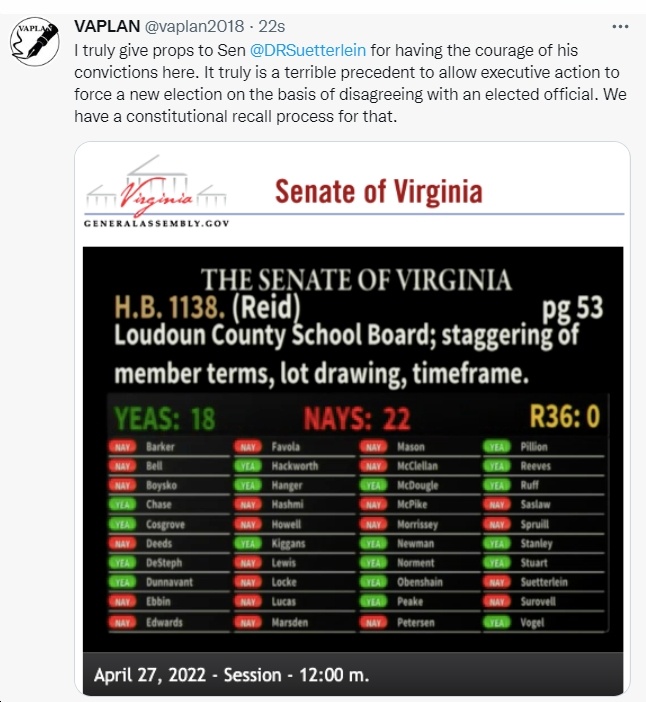 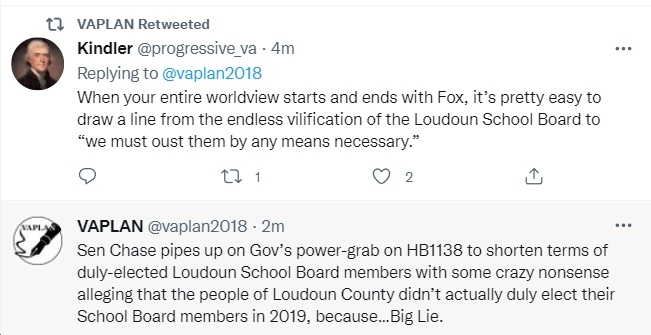 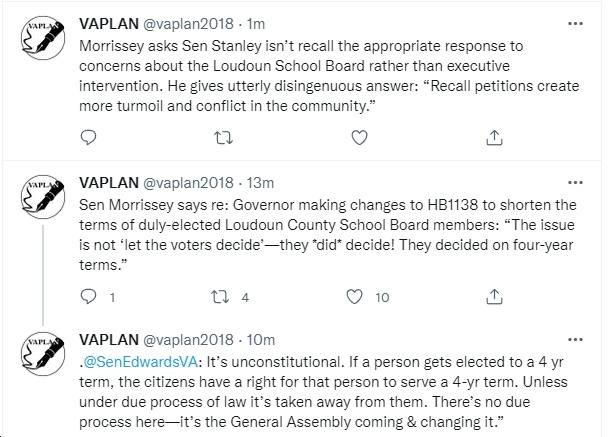 I really couldn’t hold it in. What the governor is doing is simply wrong! Punishing a school board by shortening their terms is unconscionable. https://t.co/yrZU7YA9Yx

Dems Won In Georgia, Which Is Great News! “Now let’s bring our focus back to Virginia,” Including the Crucial Special Election for State Senate...