See below for reactions from Loudoun County leaders to Gov. Youngkin amending a bill by Del. David Reid (D-Loudoun) in a way that would “[require] the Loudoun County School Board to to stand for election this fall,” instead of in November 2023, as they normally would (given that they were elected in November 2019 for four year terms). To put it mildly, Loudoun leaders are not pleased with this move by Youngkin – which almost certainly will be rejected by the Democratic majority State Senate. In the meantime, check out the following statements, which call Youngkin’s amendment “another attempt…to subvert our democracy” and “hold it hostage to a right-wing minority.” 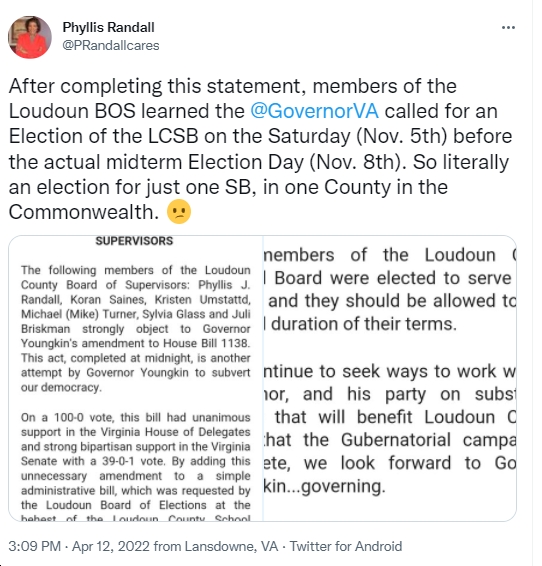 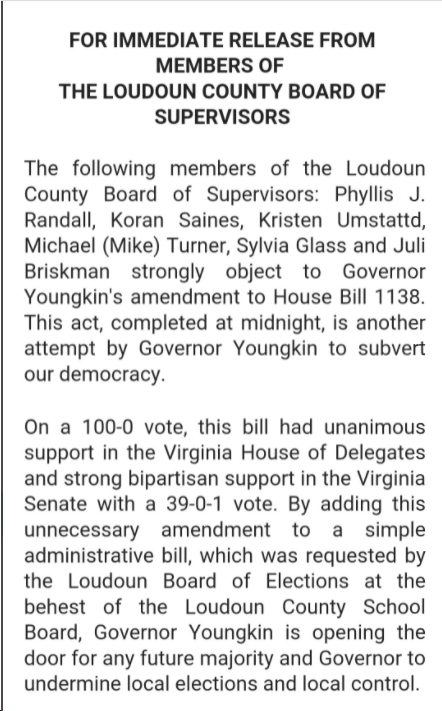 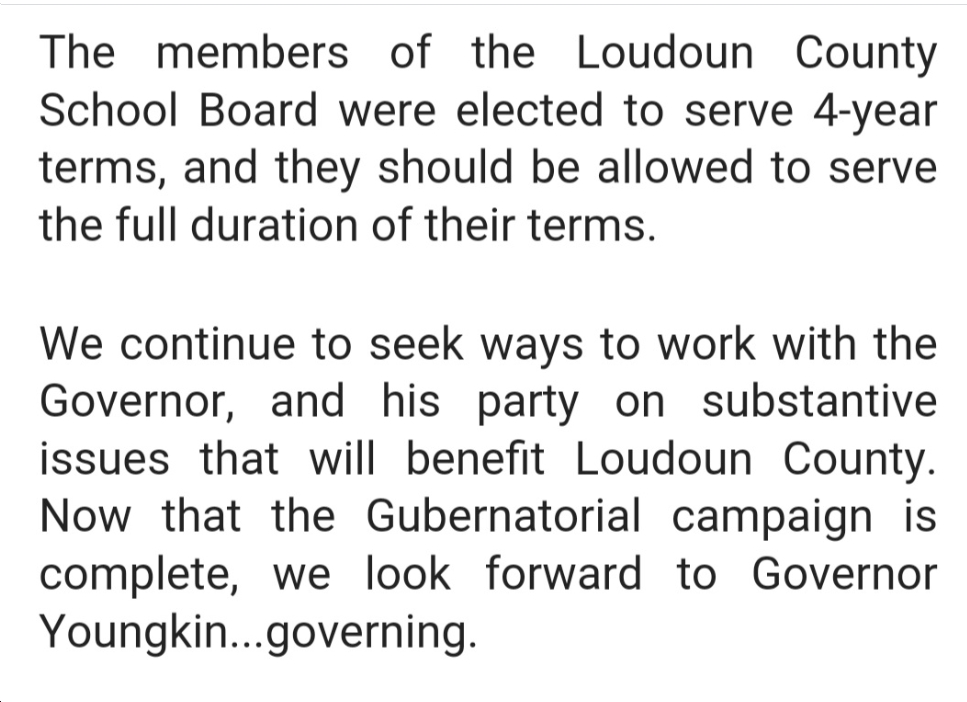 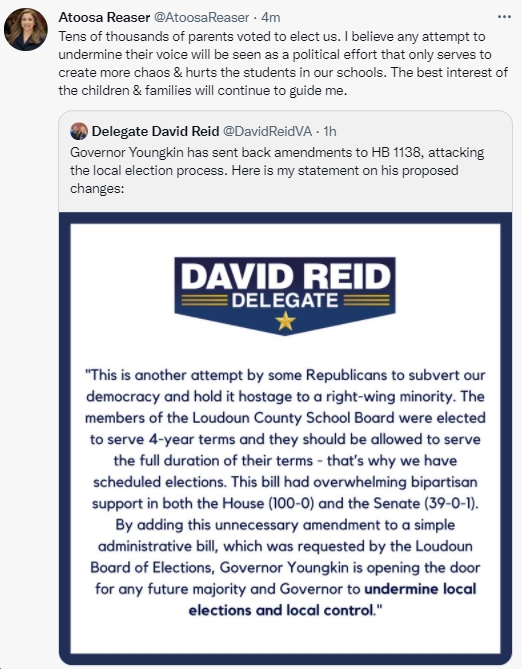 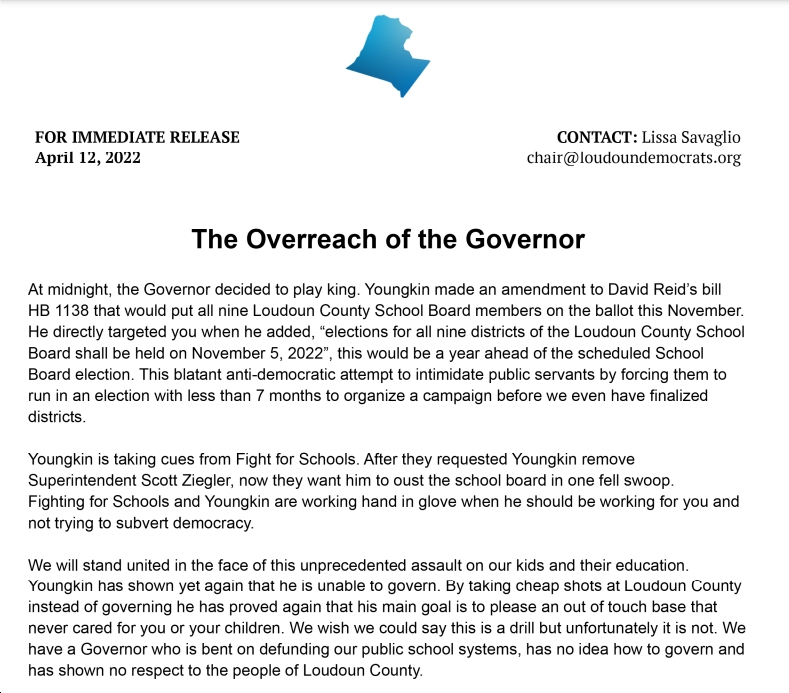 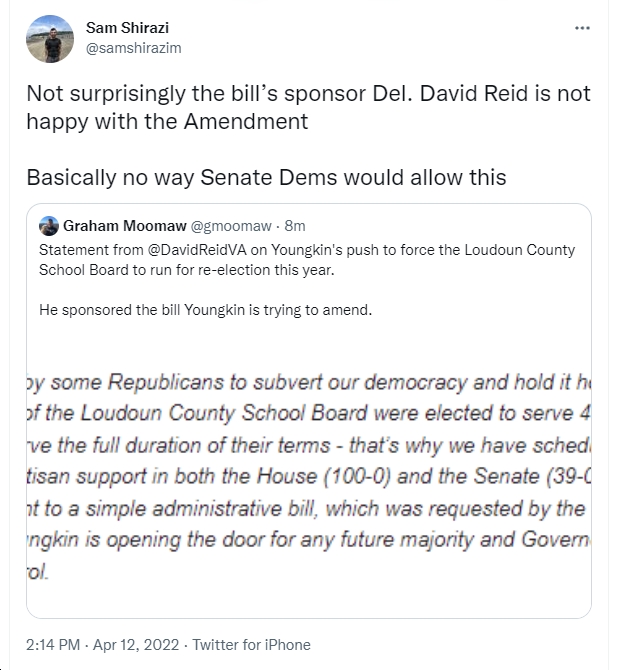