See below for video of Sen. Bernie Sanders’ speech yesterday in Richmond, where he “spoke at the National…as part of a celebration for area Starbucks workers after five Metro Richmond locations became the first in Virginia to unionize.” As Sen. Sanders said: 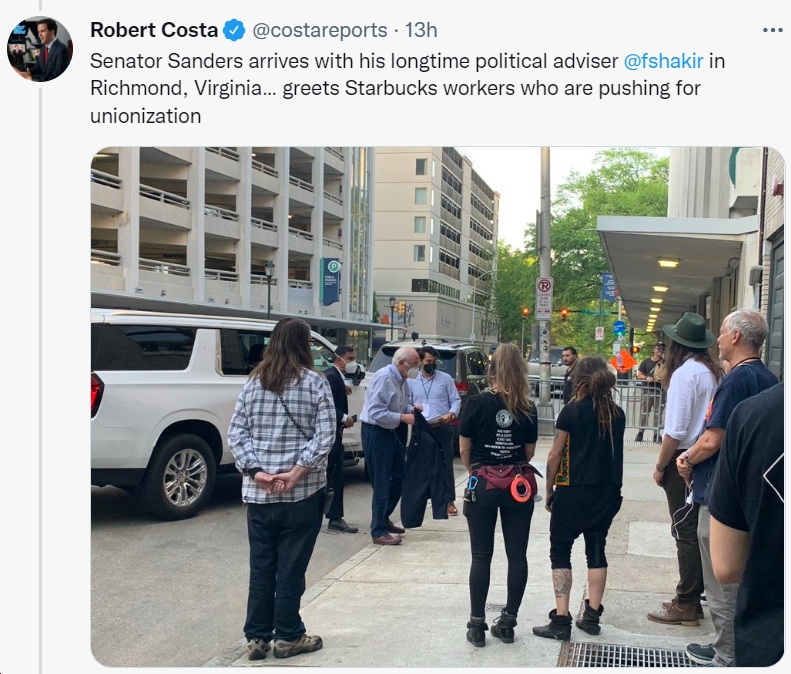 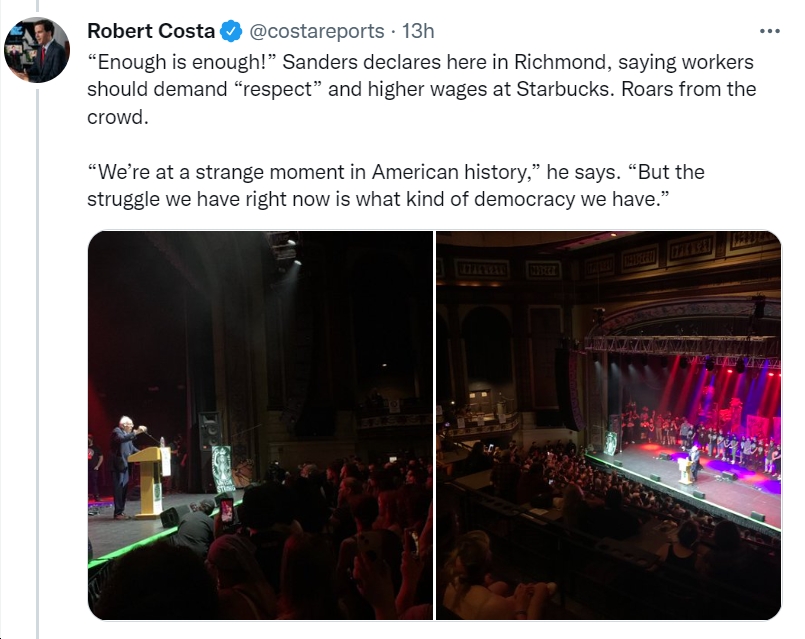 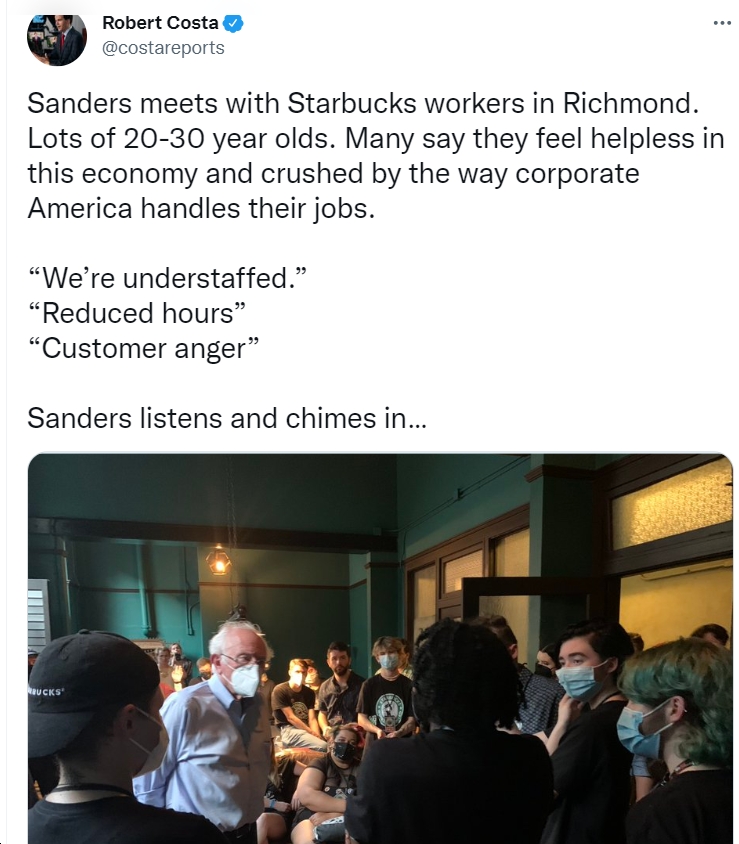