Great job by Fairfax County-based attorney James Abrenio, who has sent AG Jason Miyares’ office a formal Freedom of Information Act (FOIA) request (see below), following the refusal by Miyares’ office to provide the requested information based on a request made by Abrenio on Twitter. Per Abrenio’s email:

“While I appreciate your response to my FOIA request, I do find it to be deficient. As part of the Virginia legal community, traditionally, I look to the Attorney General’s Office for guidance on unique legal matters. Certainly, when the Attorney General’s Office for references potential criminal and civil liability to the members of our great Commonwealth, I pay attention.

As I’m sure you’re aware, our community is living through very uncertain times. Regardless of which side on the abortion debate you stand, there is no doubt that the recent leak of the United States Supreme Court’s draft opinion, seemingly overturning Roe v Wade, caused waves throughout our community. It is at those times that we look to, among others, our local leaders and elected officials for guidance on how to move forward.

I fear that many members of our community interpreted your May 7th and May 8th statements as unsettling and seemingly blurring the lines between Church and State. Without proper factual and legal foundation, I’m also worried that your statement could be read to create a chilling effect upon the members of our community in their exercise of their First Amendment rights.

To that end, I’m making the FOIA request to provide clarity to our community as to the specific threats to Virginia churches that you referenced, that you received prior to your statements, which warranted your May 7th and May 8th statements. I also want to clarify the exact criminal and civil statutes you intend to pursue should a member of our community violate said statutes…”

P.S. Don’t forget, what Republicans are doing is putting out as much distraction as possible, in the hope that people won’t pay attention to the *SUBSTANCE* of the extremist Supreme Court’s likely ruling on Roe v Wade, which appears to be to take women’s reproductive rights and bodily autonomy away from them, relegating them to second-class citizens in this country, and turning the clock back to the 1950s…or maybe 1850s? 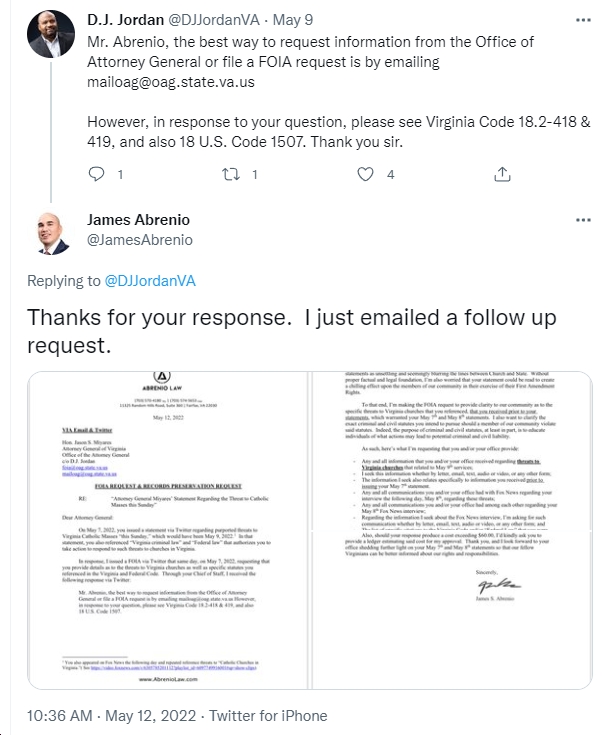 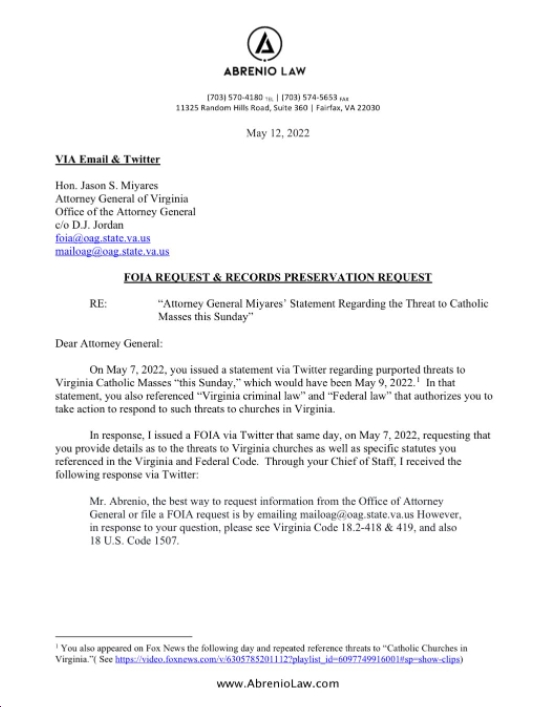 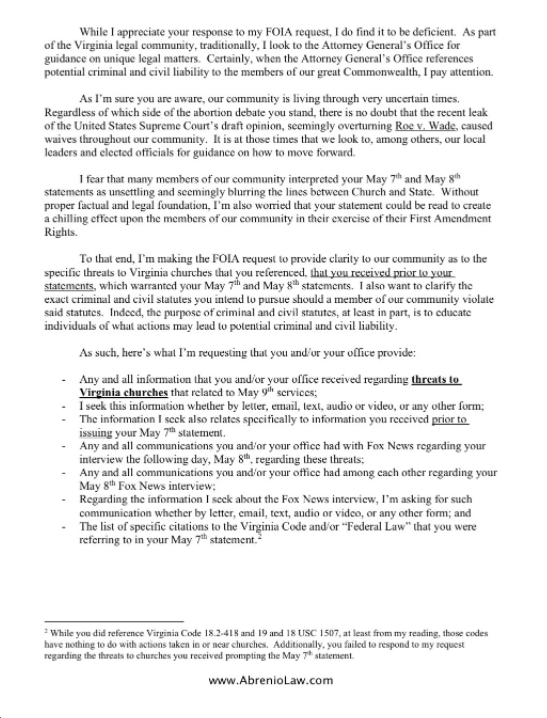 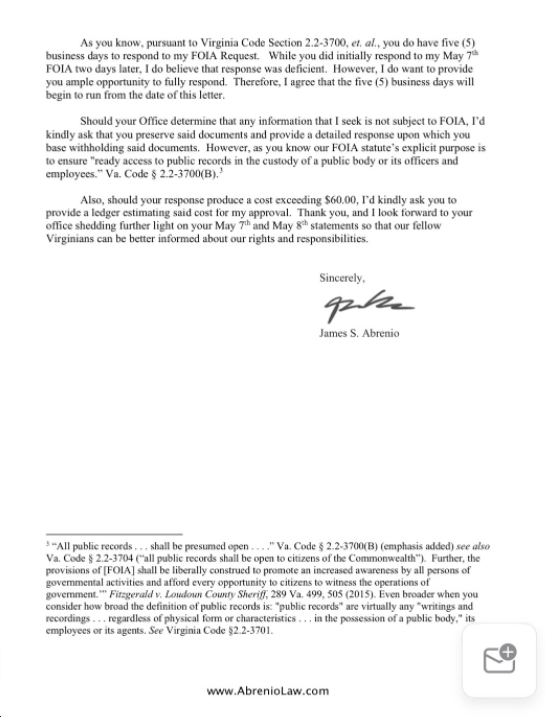