Check out the latest right-wing (false) freakout, with Fox “News” (in air quotes) hysterically hyping the story of a supposed threat by “activists” for “Roe v. Wade protests outside Catholic churches on Mother’s Day.” In fact, Fox “News” provides very weak evidence for that claim, including:

Anyway, as is typical with the right wing, what they do is to mostly (or fully) invent a “story,” filled with “outrage” (in quotes because it’s usually very cynical by the right-wing media, which presumably knows exactly what they’re doing), involving some random “left-wing” individual or group (usually very small and obscure), then amplify the “story” through their right-wing ecosystem of social media, radio and TV. And then, they motivate right-wing Republican elected officials like Virginia AG Jason Miyares to jump in as the  supposed heroes against whatever “threat” they’ve ginned up.

For instance, check out Miyares’ statement, below, in which he picks up on the Fox “News” story and runs with it, railing against the “extreme left,” as well as the “reprehensible leak of a draft Supreme Court opinion” (but not mentioning the substance of that opinion, which is an extremist assault on women’s reproductive freedom in this country), then ramping up the fear of “protests inside and outside of Catholic parishes this Sunday,” then leaping to the rescue by claiming he will fight this “threat to Catholic Masses this Sunday,” blah blah blah.

So…where to even begin with this nonsense? See below for responses, including:

All true about Miyares, not that he gives a crap. Which brings us back to the November 2021 election, where somehow , Virginia voters chose (albeit by a VERY slim margin) to replace the superb, professional, highly competent AG Mark Herring with this clown.  What on earth was anyone who voted for Miyares thinking?!? 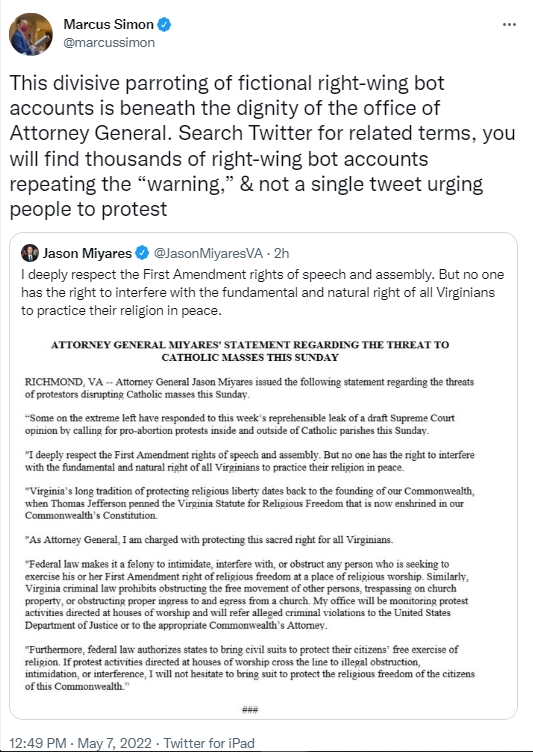 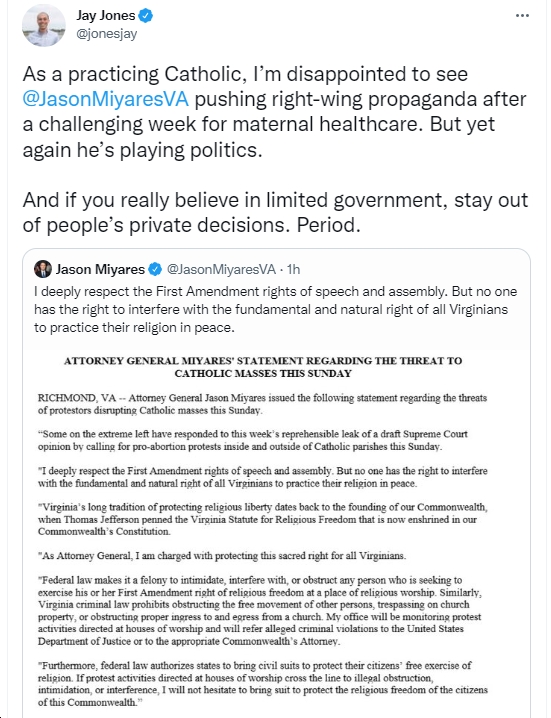 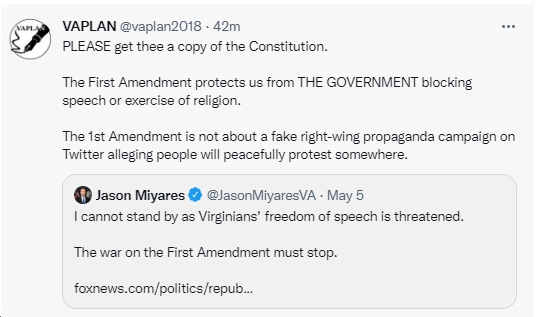 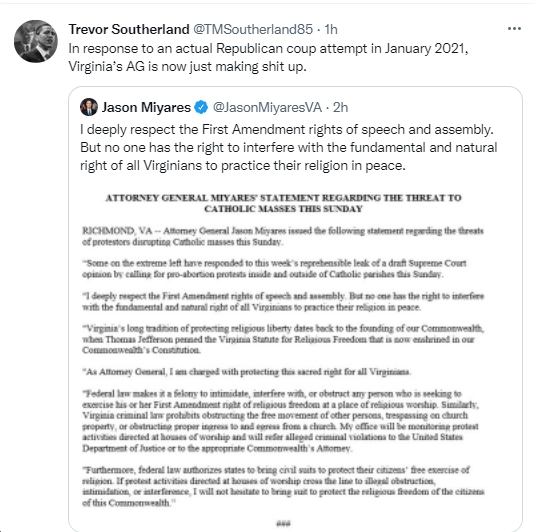 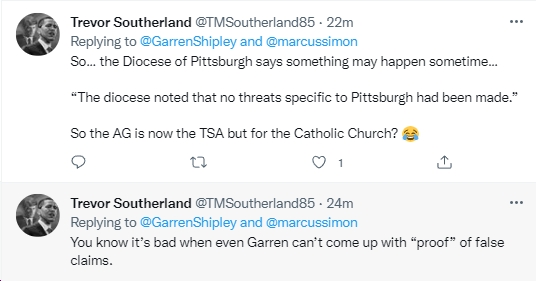