Another day, another brilliant thread by Georgetown Visiting Professor Thomas Zimmer that’s well worth reading (especially in light of all the bizarre, non-serious, not-in-good-faith “suggestions” being thrown out by Republicans like Winsome Sears following the Uvalde, TX massacre). A few key points include: 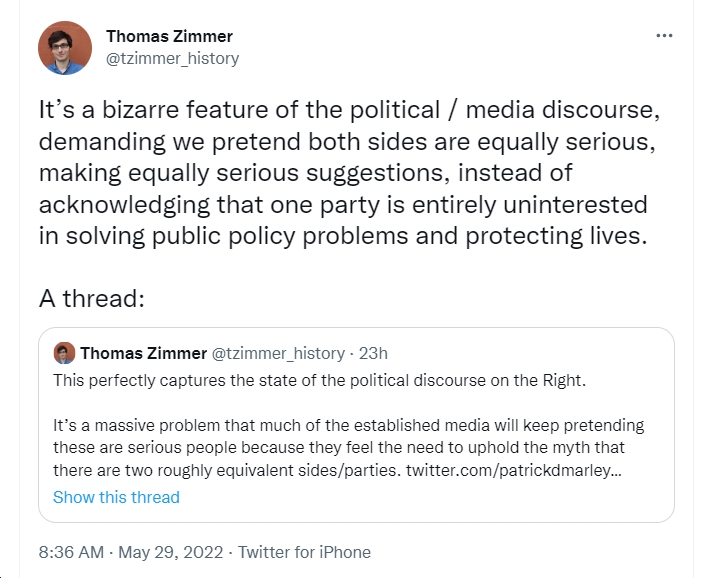 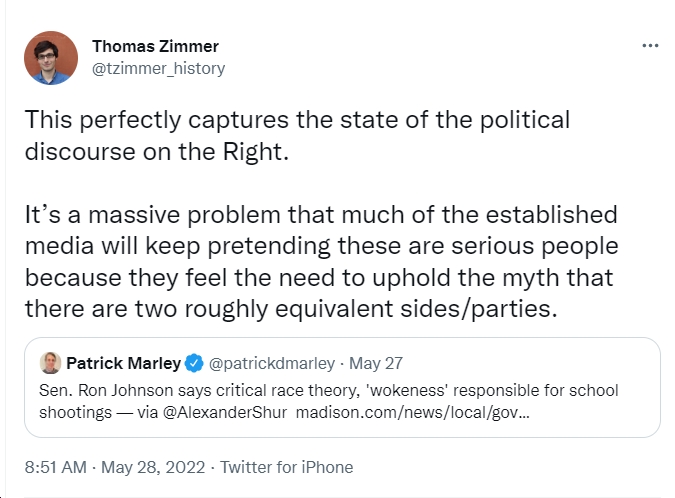 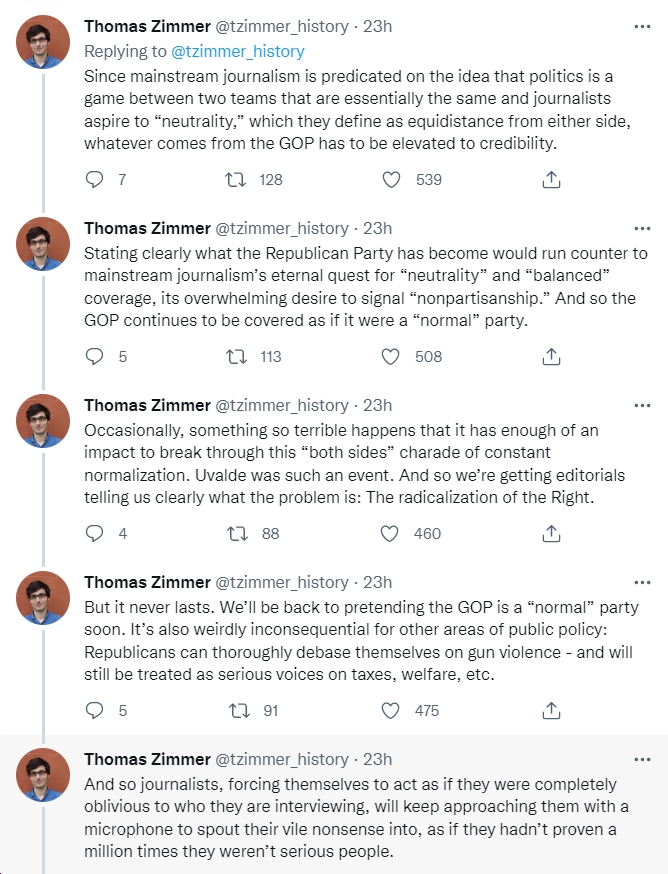 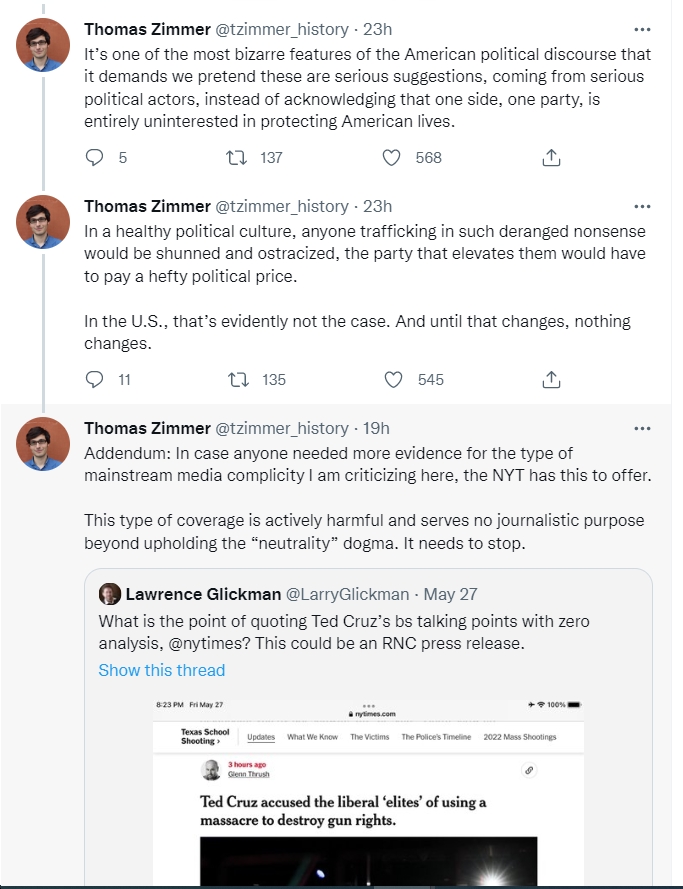