See below for a superb thread by Rep. Abigail Spanberger (D-VA07) on the “race-based domestic terror attack in Buffalo.” According to Spanberger – who, as she points out, “worked counterterrorism at CIA, where we focused not only on stopping imminent attacks around the world, but on understanding and fighting the ideology behind them” – “The violence we’re witnessing here at home — Charleston, Pittsburgh, El Paso, Buffalo — is rooted in the deadly ideology of white supremacy and the conspiracy of ‘replacement.'”  And “It is dangerous — and the threat must be understood by every American, because it’s a threat to our national security and our nation’s future.” Of course, as Rep. Spanberger points out, “This violence doesn’t happen in a vacuum,” but:

“It happens when politicians and TV pundits rely on othering, division, and conspiracy theories to stoke fear and anger or pander to those already enthralled by such emotions. It creates fertile ground for those who want to go further past ‘jokes’ about religious groups, past snide comments about immigrants, past dehumanizing language about political rivals, past marches through the streets like we saw in Charlottesville — to the domestic terror attacks we have witnessed on American soil…now many elected Republicans — even those who took this 2019 vote — regularly use rhetoric of othering, division, dehumanization, and the trivialization of crimes to attack foes and sow anger. The murders in Buffalo didn’t happen in a vacuum. All Americans must recognize the threat of white nationalist domestic terrorism to our national security, and reject the rhetoric and politics of dehumanization, othering, and fear which creates fertile ground for recruitment to hateful and dangerous ideologies.”

Bingo. Oh, and by the way, Rep. Spanberger’s potential Republican opponents are all part of this problem, and certainly NOT part of any solution to it. Keep that in mind as you vote this fall in VA07 (and in every other district, for that matter). 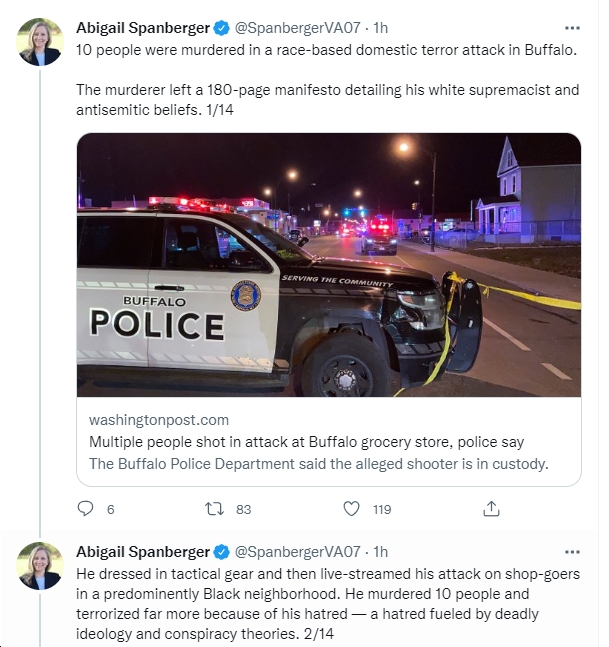 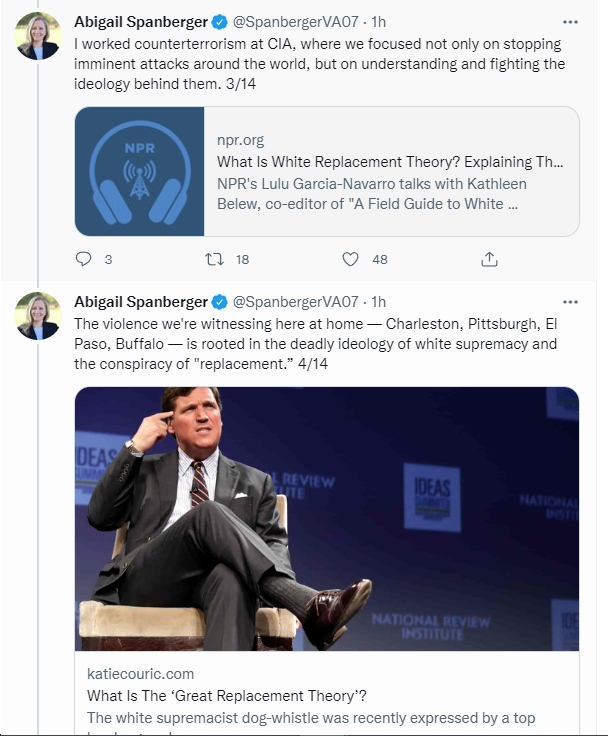 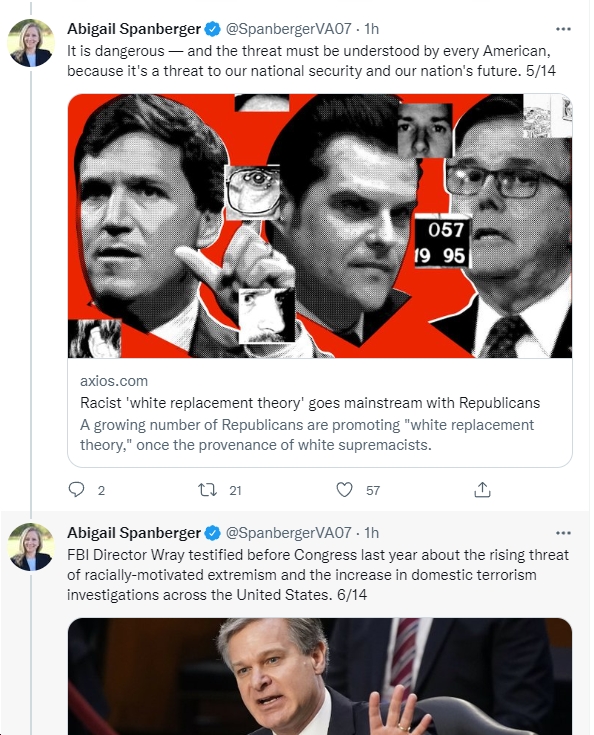 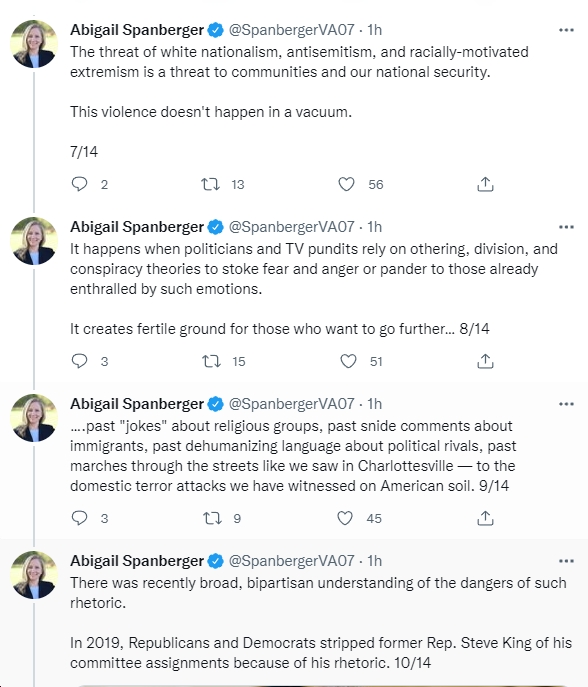 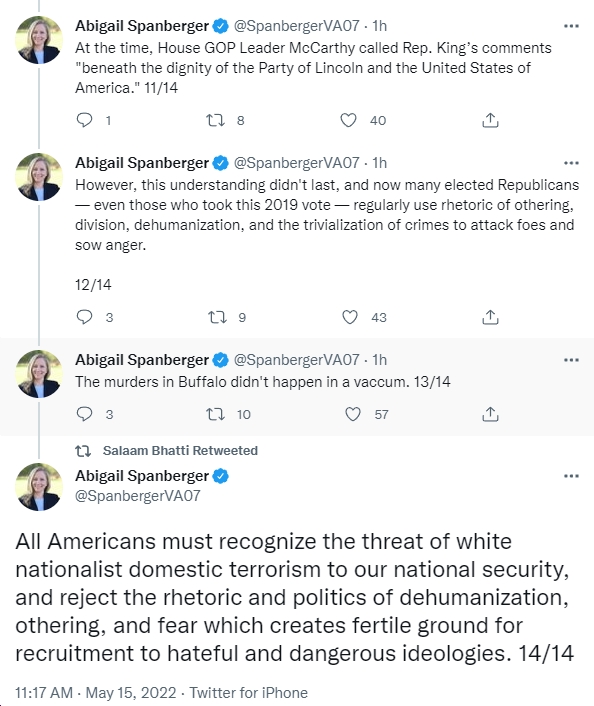