See below for an email from Fairfax County Chair Jeff McKay, and a resolution that passed yesterday 9-1, urging the Virginia General Assembly to “to support commonsense gun safety
legislation as quickly as possible, including:

As Chair McKay notes, “Virginia is a Dillon Rule state, so the  County needs the General Assembly to expressly give us authority to pass certain ordinances.” Of course, Republicans will never go for this, but it’s all the more reason to put Democrats back in charge of the Virginia House of Delegates next year, and to increase their margin in the State Senate! 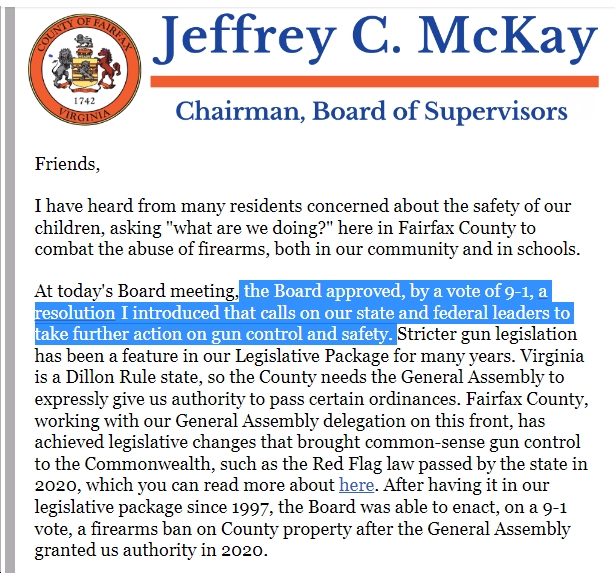 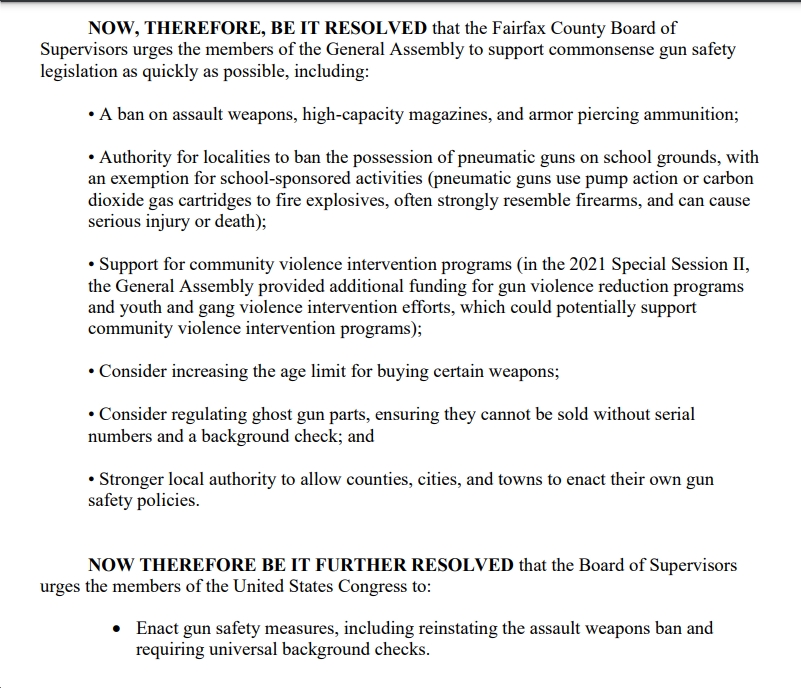