Exactly right by IL Gov. JB Pritzker’s chief of staff, Anne Caprara, on the abysmally bad op-ed by Washington Post Deputy Editorial Page Editor Karen Tumulty (“Why Glenn Youngkin — or someone like him — must run in 2024″; I’m not going to link to this trash). As Caprara explains:

Recall, by the way, that the WaPo’s atrocious coverage of the Virginia governor’s race last year helped the Youngkin team to perpetrate its deceptive media strategy, which on the one hand appealed to the hard-right based via social media, right-wing media, etc.; and on the other hand, pretended to be a “moderate” in a sweater vest on TV.

For a classic example of what I’m referring to, see Three Front-Page WaPo Stories on the VA Governor’s Race…and They All SUCK (Hell, They Even Describe Youngkin as a “6 foot 5 Mystery Date” – WTF???), just a few weeks before the 2021 Virginia gubernatorial election. This was appalling bad “reporting” (in air quotes) by the WaPo, which dishonestly and sloppily/lazily ignored the reams of evidence we had at that time indicating that Youngkin was hard right on pretty much every issue. And yet the WaPo just blissfully glossed over all that then…and is still doing so today, at least when it comes to their Deputy Editorial Page Editor Karen Tumulty. Ugh… 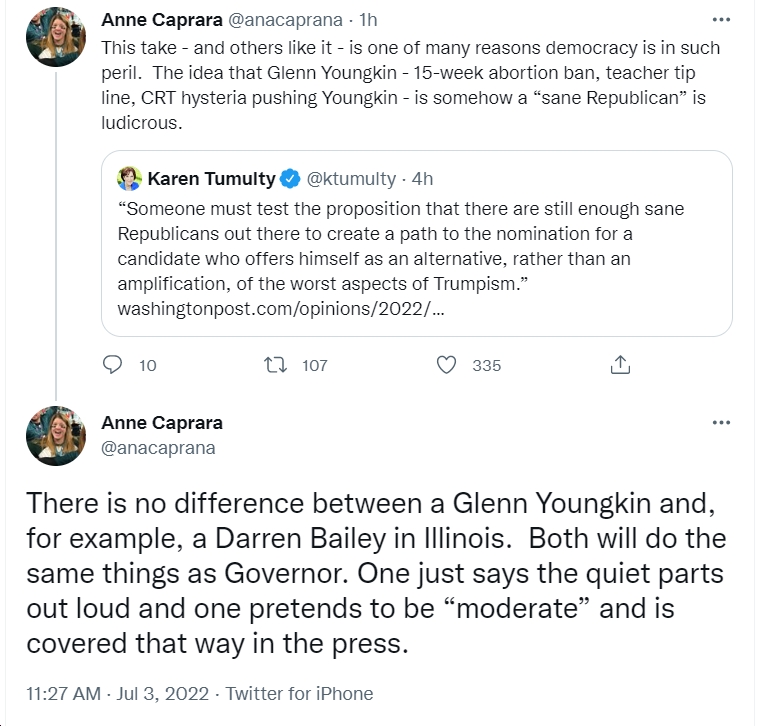 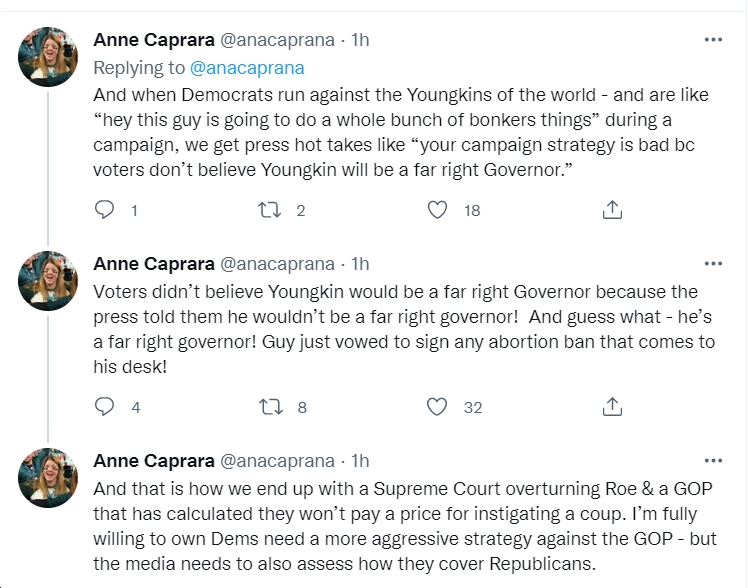 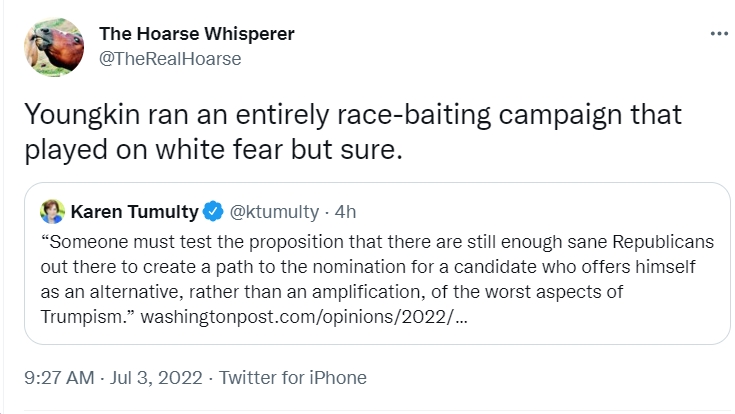