A week ago, we learned that Virginia AG Jason Miyares was being sued, by none other than his former Deputy AG Monique Miles. Why? According to Courthouse News, Miles is suing because: 1) she alleges that Miyares’ office “falsely labeled her departure as a resignation”; 2) “Miles claims that Miyares fired her for her opinions on the 2020 election and the riot on the U.S. Capitol that followed on Jan. 6”; and 3) “Miles accuses Miyares and three other officials of damaging her reputation and client base for her law firm.”  Per Courthouse News:

Miles says Miyares hired her in mid-January 2021, shortly after his election, only to terminate her employment as The Washington Post prepared to publish screenshots of comments that Miles had posted to Facebook the previous year after armed supporters of former President Donald Trump attempted to overthrow the 2020 election.

“News Flash: Patriots have stormed the Capitol,” Miles wrote on Facebook last year, when she was still considered a private citizen. “No surprise. The deep state has awoken the sleeping giant. Patriots are not taking this lying down. We are awake, ready and will fight for our rights by any means necessary.”

In the comments of the post, Miles declared that Trump’s Stop the Steal rally that directly preceded the riot was a “peaceful protest.”

With that background, check out Miles’ interview this morning on far-right-wing radio (“Richmond Morning News with John Reid”). A few “highlights” from the interview include:

You’ve really gotta love that last line, by the way, about how getting fired for celebrating a violent assault on our nation’s Capitol and claiming falsely that the 2020 election was stolen (and that Trump would get a second term despite LOSING THE ELECTION) constitutes “truth seekers getting canceled.” Fun times, eh? 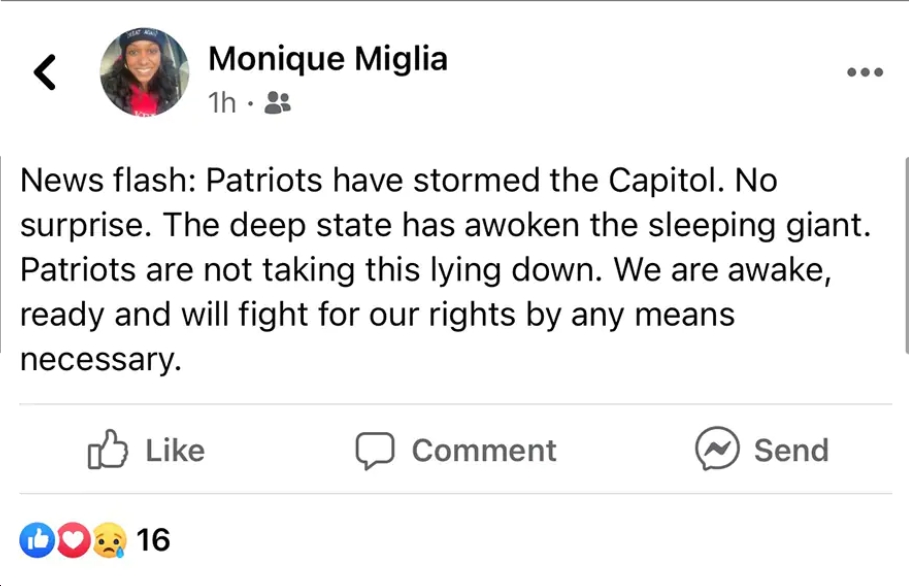 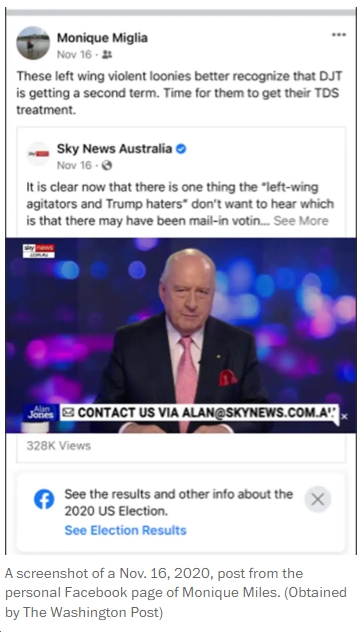