After an all-nighter in the U.S. Senate and a last-minute snag thanks to – yep, Sen. Kyrsten Sinema – see below for video of Sen. Mark Warner announcing a few minutes his amendment to the Inflation Reduction Act, which hopefully means “the end is near” for final passage of this crucial tax, health care and climate change bill. As Congressional reporter Lisa Desjardins explained prior to Sen. Warner introducing his amendment:

“Democrats, you have a solution. Am told by multiple sources that Dems (Sen. Warner) will offer a *substitute amendment* to the Thune amendment now getting a vote. That will change the SALT pay-for (poison pill for some Dems) to a new pay for: loss-limitation ext.”

“To avoid a last-minute collapse of the bill, Democrats have found an alternative plan to win over Sen. Kyrsten Sinema who has concerns over the 15% corporate minimum tax’s impact on subsidiaries owned by private equity firms, per sources. Bill now on track for final passage. Senate voting NOW on final passage. Amendment voting started at 1130pmET.”

Democrats are jubilant, bear hugging each other on the floor, in particular the climate hawks. Lots of hand shakes for Joe Manchin, pats on his back. Rs rushed out of the chamber immediately after voting for 14 hours

And just now, VP Kamala Harris broke a 50-50 tie to PASS the Inflation Reduction Act – to loud cheers and bear hugs in the Senate (among Democrats, that is! LOL) 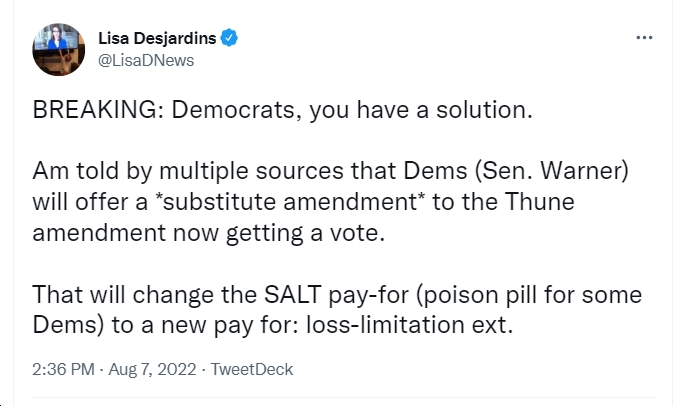 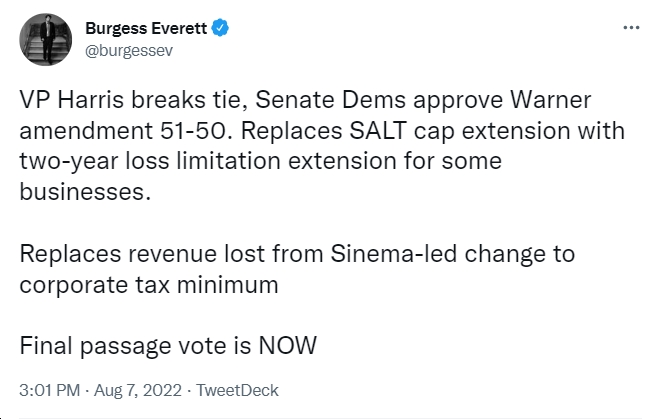 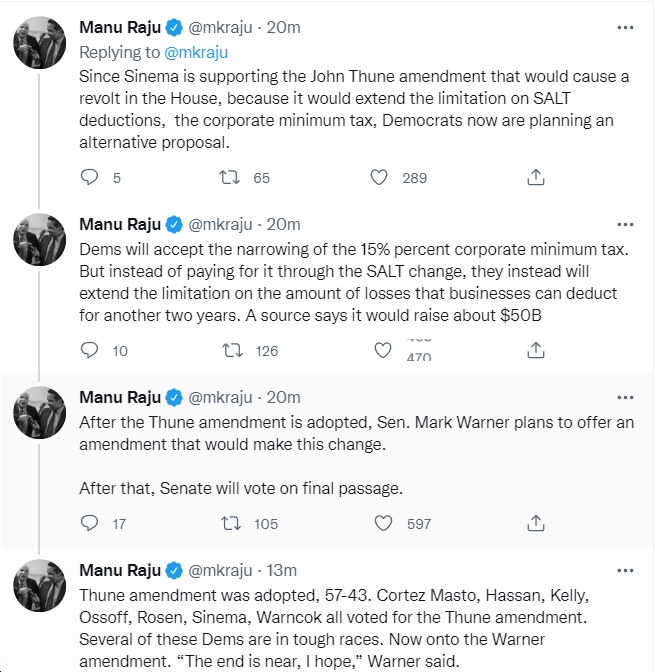 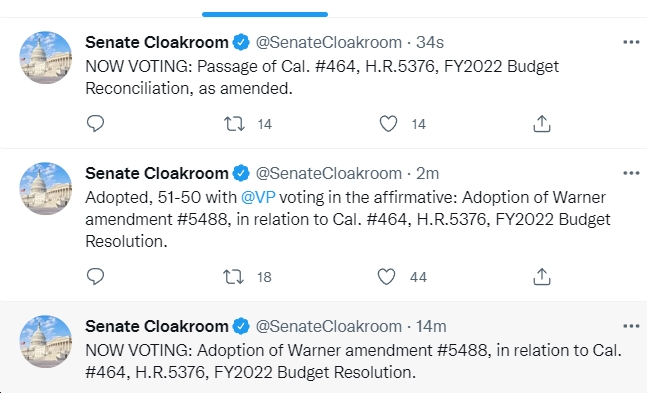