See below for some reactions – from smart/informed to completely unhinged – so far from Virginians to the big news this evening:

Former President Donald Trump said in a statement Monday that his home at Mar-a-Lago in Palm Beach, Florida, was “raided” by “a large group of FBI agents.”

Trump also claimed the presence of law enforcement was unannounced and the reason was politically motivated, though he did not provide specifics.

First, here’s an astute point by former Rep. Barbara Comstock (R-VA10), who was herself a Republican operative/insider/opposition researcher for many years…and knows what she’s talking about.

Unhinged, as one would expect, from insurrectionist/extremist VA State Senator Amanda Chase (R): 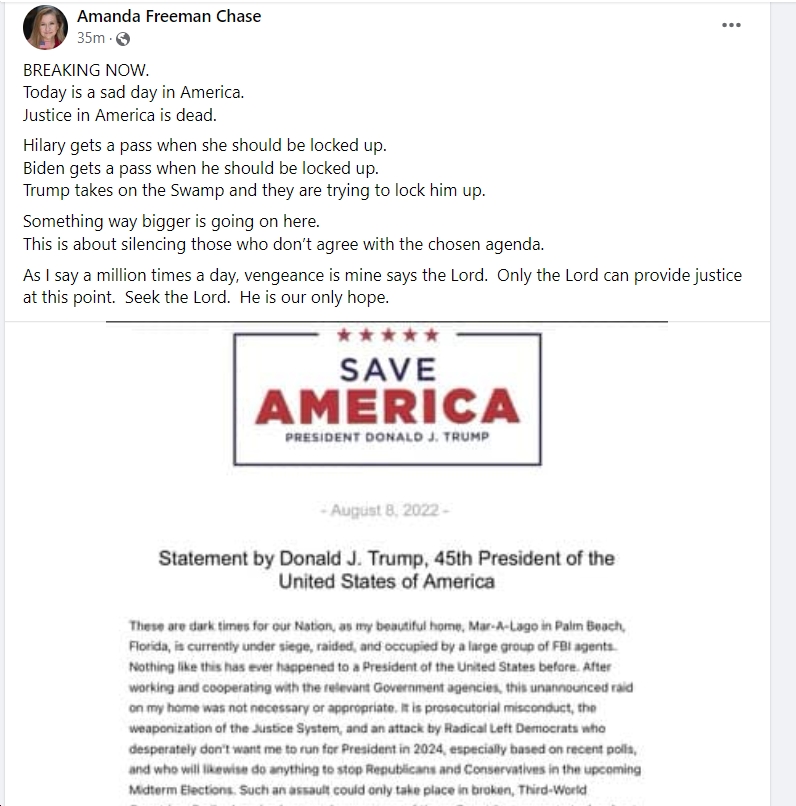 Also unhinged, as one would expect, from insurrectionist/extremist Rep. Bob Good (R-VA05) 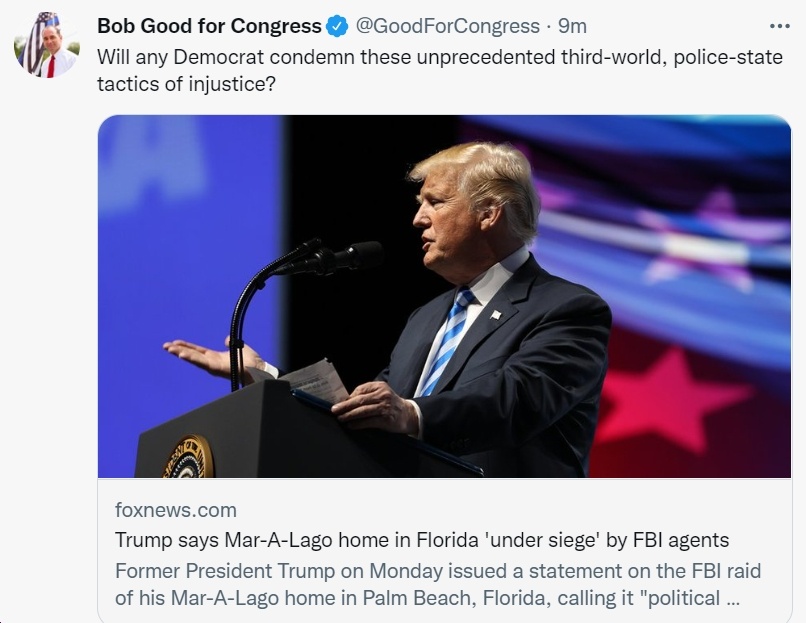 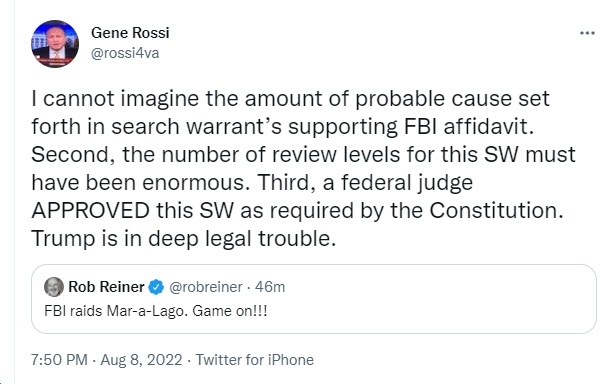 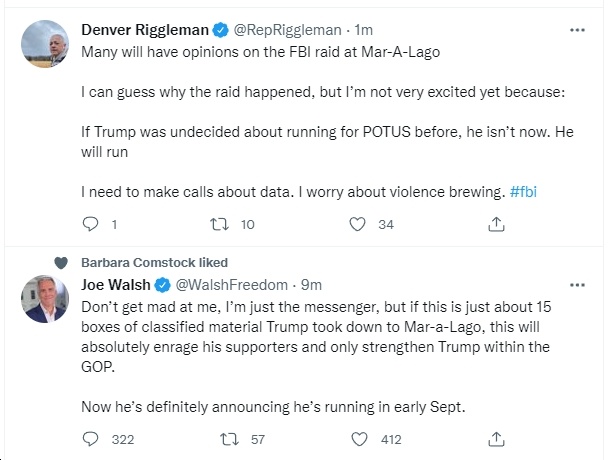 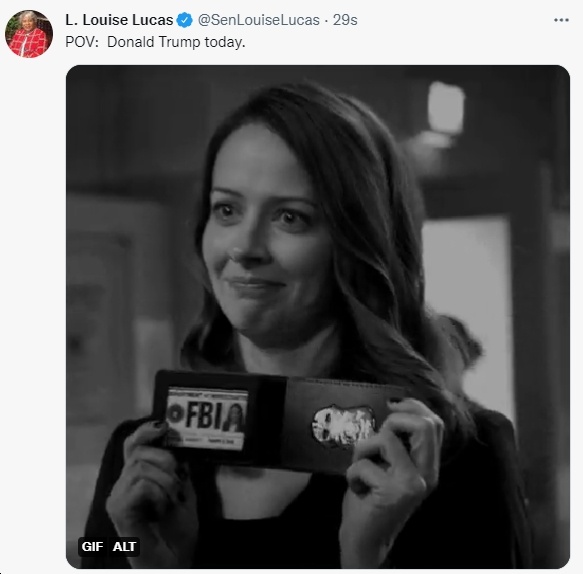 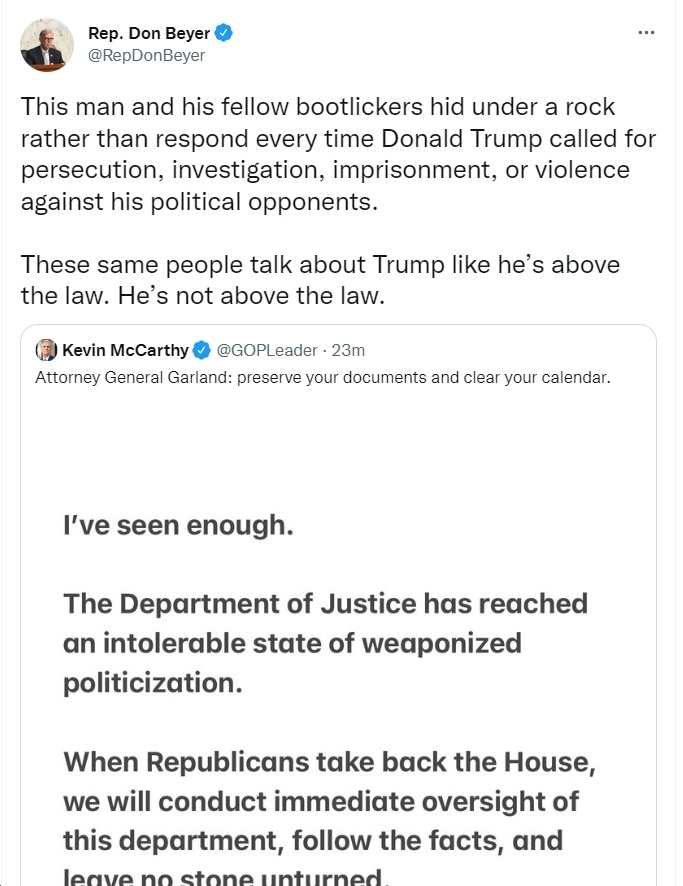