See below for video and photos of today’s student-led walkouts at Virginia public schools to protest Youngkin’s proposed anti-transgender/anti-LGBTQ “model policies.” For more background, see Virginia Students At Nearly 100 Schools Announce Walkouts In Response To DOE Draft Transgender Policy Guidelines. Also note that as of the moment, people have left over 17,000 (!) comments, mostly against Youngkin’s proposed policies, in just over one day. 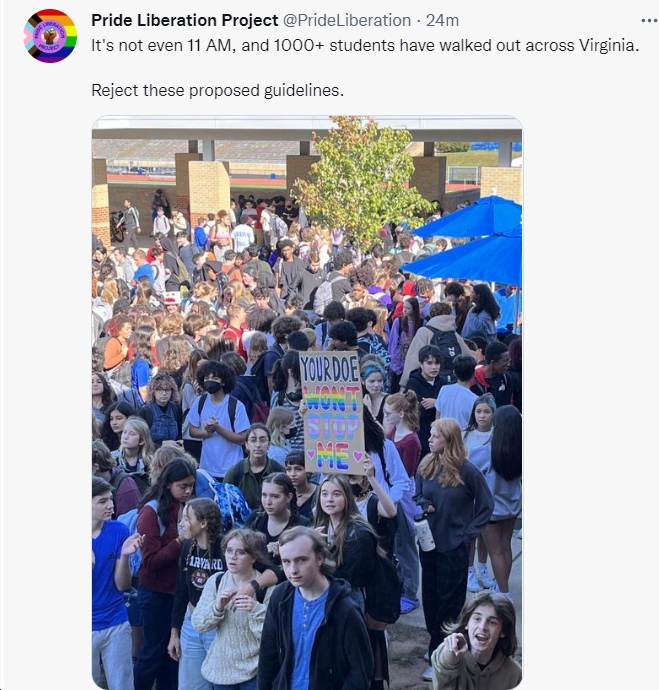 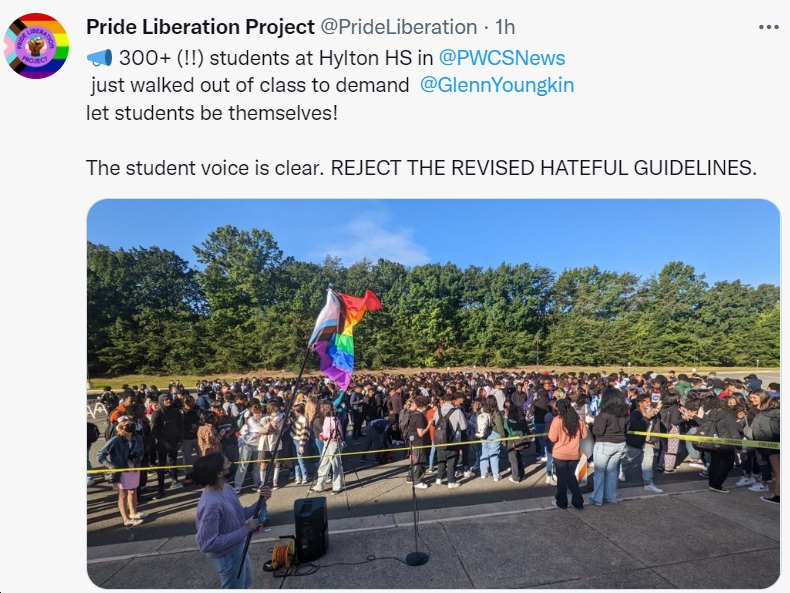 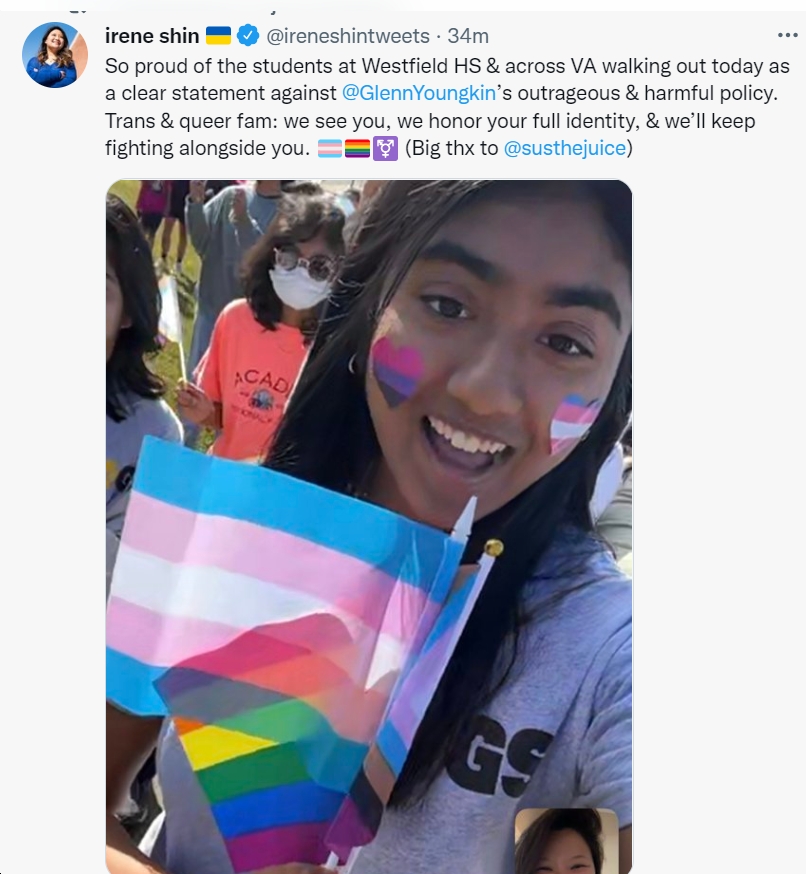 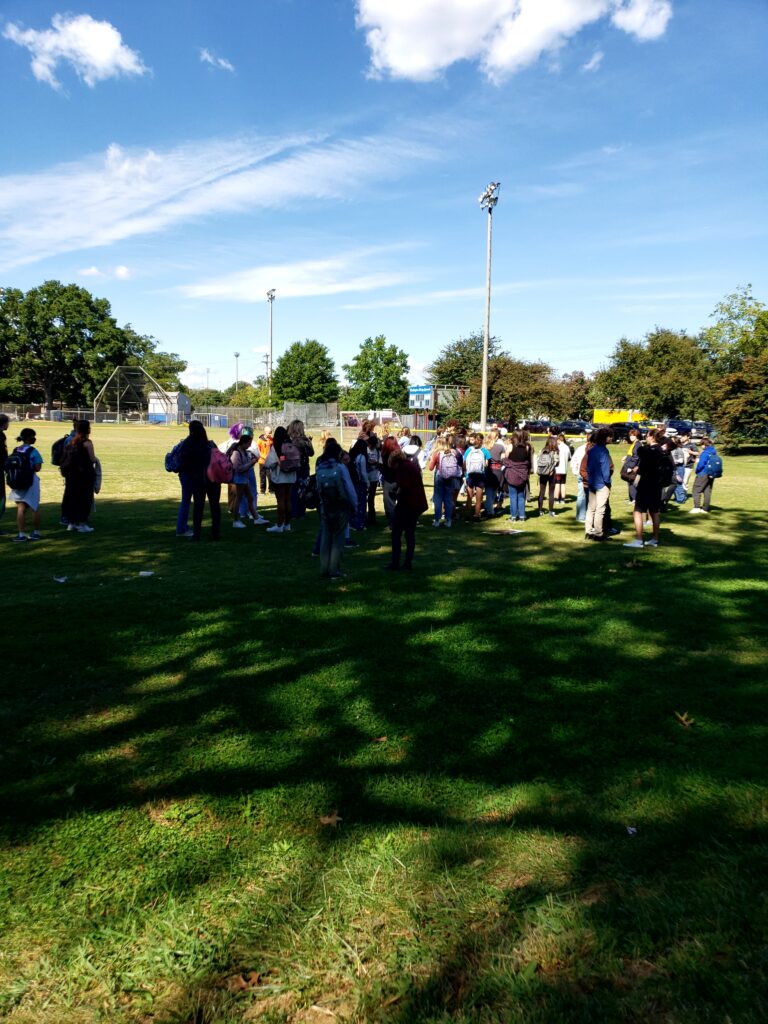 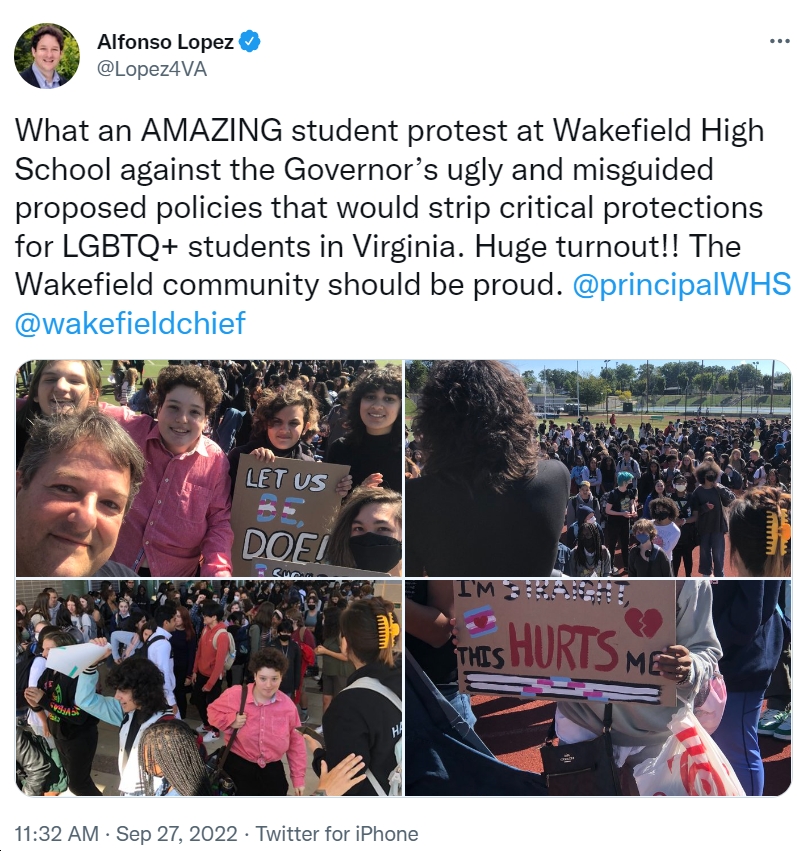 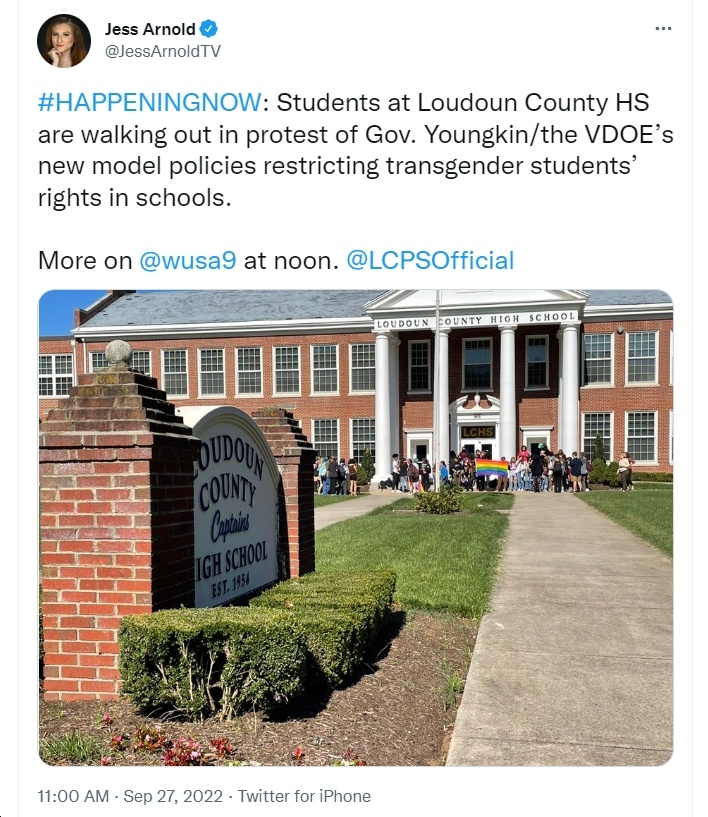 HAPPENING NOW: A student walkout at Culpeper Co. HS is one of many expected Tuesday across Virginia in response to the state’s new controversial policy regarding transgender students. https://t.co/zvQfpNxJyG pic.twitter.com/PnrGCKAvtE

Super proud of all y’all at #Hylton, leading #Virginia from the front in Prince William County. @HyltonBulldogs https://t.co/ylVTZzjXXL