This man — a virulent antisemitic, racist, white nationalist, and sexist Holocaust denier — just had dinner with the former President of the United States.

His white nationalist diatribes are horrendous, breed hate, sow division, and must be denounced by anyone and everyone.  Here he is threatening Jewish Americans — and yet he had dinner with the former president.

There is absolutely no place in our society for grotesque, racist, antisemitic, white nationalist ideologies — especially not at the dinner table with a former U.S. President.

In support of the people I represent, the Commonwealth I love, and the country I serve, I denounce this hatred and welcome others to do the same.

Exactly. So why is it so hard for Republicans to say anything like this? Instead, we’ve gotten mostly silence from them, including from Virginia Republicans like Glenn Youngkin, Winsome Sears, Jason Miyares, Rob Wittman, Bob Good, Ben Cline, Morgan Griffith, Todd Gilbert, Tommy Norment, etc. That silence, of course, speaks volumes about these people’s values – or lack thereof; and courage – or lack thereof.  And, of course, it should go without saying that nobody should vote for this party, because this is who they are, either actively or passively. 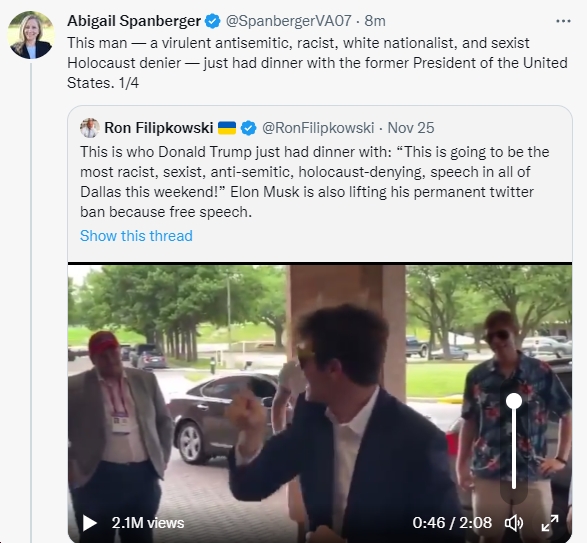 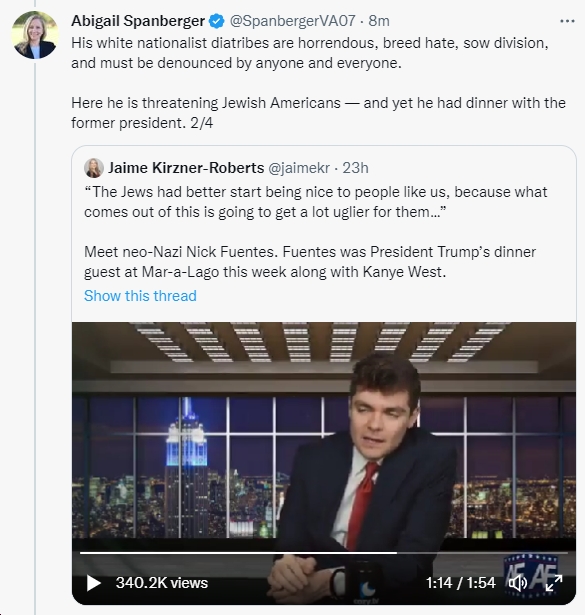 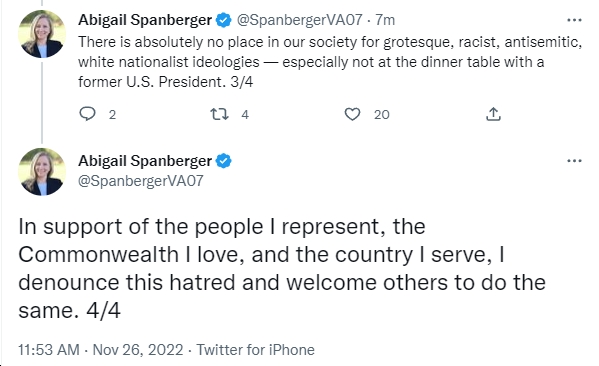