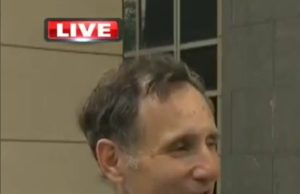 lowkell - May 15, 2020 0
One thing's for sure, things are always interesting when Paul Goldman is around. For more information on Goldman, see The Man Behind the Curtain...

lowkell - December 6, 2010 2
This should be interesting, check it out if you're in Richmond tomorrow evening. I hope the topics of "charter schools" and for-profit "education" come up, among other things.

Are Virginia Republicans masters of obfuscation? Private sector ownership is always the best choice, except for ports. The budget must be balanced and transportation funded unless it means the ABC stores remain public. But the mastery comes not by design but by simple intellectual sloth; principles applied in isolation.

What seems brazenly obvious is that when the outcome will benefit a Republican interest, principles apply; if a Democrat is involved, principles apply selectively. Big donors want the ABC system privatized; McDonnell is blocking a plan to keep take the Port of Richmond private. These are actually related issues for they both affect transportation and on both the Republicans select the position detrimental to transportation and, more generally, the future of Virginia.

"In a statement, McDonnell spokeswoman Stacey Johnson did not address whether there is an inconsistency in the governor's position on privatization of liquor sales and the port authority's takeover bid." - Richmond Times Dispatch

note: the correction of the word "keep" to "take" which draws a better parallel, and thanks to J Tyler Ballance for pointing it out.

The challenge comes from his top spokesman as reported by Washington Post reporter and blogger Anita Kumar in her latest posting.

In the rules of politics, McDonnell spokesman Tucker Martin, a friend and a good guy, just dared Democrats to put an ABC referendum on the ballot.

Delegate  Joe Morrissey, the House Democratic whip, came out yesterday against the Governor's plan, for many of the reasons any number of other groups/delegate/senators have also indicated having serious reservations about the proposal.

In addition, the beer and wine wholesalers, big supporters of candidate McDonnell last year, also came out against the plan as being fiscally flawed and favoring the big guys over the little guys, a point made by many small business owners.

Given that such opposition was surely expected by McDonnell and his staff, one would expect the normal response, this is part of the ritual dance here.

BUT THAT ISN'T WHAT HAPPENED.

More after the "fold"

Technically, I am just presuming what former Governor Doug Wilder will do when he gets a chance to review a study done for his Administration - the most comprehensive ever in Virginia - that found, when applied to the McDonnell ABC privatization approach [Wilder checked on that option] the following:  the average retail price for a bottle of liquor would increase by 30%!

I just managed to get my hands on the 1993 study today, and while it takes a lot of effort to wade through the document, the findings are right there, can't miss them if you read the whole thing.

If anything, prices would have to raise even more in 2011, since the state has a bigger mark-up on hard liquor now than back then, so revenue neutrality is harder to due without even higher prices due to the way McDonnell-type plans have to work to replace this lost state revenue.

Someone, I know it isn't easy since I had to do it for a few Governors, has to be the messenger of bad news to the Governor, indeed his staff,  which is job one ideally doesn't ever want even on a one-time basis.

But someone has to be a real friend to the Governor right now; he has been badly served by people who in my view had conflicting agendas. But no need to name names, they are good people, they just fell into a trap here, we are all human, mistakes happen. I can vouch for that.

As I have said, there is a way, if we as a state want to get out of the businesses of selling liquor, to do ABC privatization so it avoids all these pitfalls, raises the money without new taxes, keeps consumer prices as low as market forces will take them, protects the rural areas, while providing the transportation funding.

When former Governor Wilder gets a chance to review the study prepared for the Wilder Administration, he will see the hand-writing on the wall.

Thanks to Paul Goldman for the following guest column. I agree with him; let's put the idea of privatizing ABC stores to the voters. {UPDATE: Paul suggests a subtitle for this article -- "How Dems Win in 2013."}

If you would like to see a Democrat get back in the Governor's Mansion in 2013, read further. If not, then read further but keep your blood pressure pills -- better yet a 911 medical alert button -- handy.

Truth is, the ABC's of getting back the Governor's Mansion in 2013 were laid out for Democrats by Delegate Bob McDonnell in 1996 as part of House Joint Resolution 170. Some 14 years later, Governor Bob McDonnell has spent all of 2010 trying his best, in the name of the state's ABC system, reminding Democrats about what he said in 1996. But being good Virginia gentlemen, House Democratic Minority Leader Ward Armstrong and Senate Democratic Majority Leader Dick Saslaw have been politely refusing, their members going along in that Virginia way.

How quaint. Yet like the energizer bunny, His Excellency refuses to allow Democrats to snatch defeat from the jaws of victory.

lots more after the "flip"

Is This Satire or Is It Ken Cuccinelli?

Read this, and decide for yourself whether ludicrous "Crazy Cooch" wrote it - which is certainly plausible, given his "unique" views on just about everything, as well as given his approach to the Attorney General's job (sue, sue, sue some more!)  - or whether someone else wrote it as satire. Of course, it's not easy to do satire about someone who's beyond satire, but anyway...the answer is after the "flip."

"Now that the state's Senior Democratic United States Senator admits Washington has been unfairly using federal power to force on Virginia arbitrary laws Mr. Webb promised to support in 2006 but now concedes discriminate against Virginians and must be abolished, hopefully Democrats will apologize for the character assassination against the hard-working lawyers in my office who under my direction have been trying to alert the public these types of abuses."

(Richmond) - Attorney General Kenneth T. Cuccinelli announced today he had written U.S. Senator Jim Webb asking for the statutory references to the federal laws cited in his Wall Street Journal article, entitled "Diversity and the Myth of White Privilege", which the Senator said were being arbitrarily used by federal officials to actually inflict  "discrimination" against Virginians under the guise of "remediation." Mr

"Senator Webb said these laws, passed by Democratic majorities, were based on "misguided policies" said Mr. Cuccinelli, "but as he knows, such political decisions are for the legislative branch to make, my office is involved only with interpretation the law and fairly, not in politics.

"My job" Mr. Cuccinelli said further " is to protect Virginians from being discriminated by existing federal laws passed to try and force such "misguided" policies on the people of Virginia until Washington acts to fix their mistake. Since as Mr. Webb points out, discrimination is wrong, it is the job of the Attorney General to act with dispatch to block the enforcement of those laws being used by federal authorities to discriminate against Virginians."

"Accordingly, I look forward, as due all Virginians, to having Senator Webb provided me with the list of the laws he said must be "abolished" due to their discriminatory nature and there hurtful impact on hard-working Virginians. .

Once I get this list, I will immediately file suit to stop such discrimination and look forward to calling Senator Webb as a star witness. In order to make sure unfair and hurtful discrimination is stopped as soon as possible, my office will be working this weekend to prepare the briefs required, thus allowing us to be ready as soon as Senator Webb can get us the official statutory citations required for the formal legal filings."