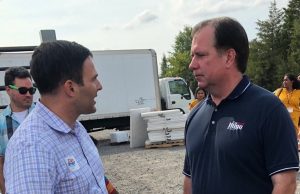 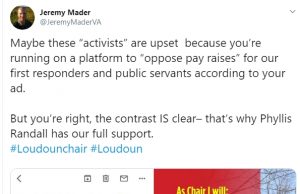 See the following press release for great news on the endorsement front for Janet Oleszek!! This endorsement is especially impressive when you consider how rare it is for the Fairfax firefighters to endorse a non-incumbent in a County Board race.  In fact, the last time they did so was 1999, when Cathy Hudgins defeated incumbent Bob Dix. Also of interest: apparently, there is no record, at least in the past 20 or so years, of any Fairfax County Board incumbent opposed by the firefighters being reelected. Should John Cook be getting worried? It sure seems like it, but frankly, as a Janet Oleszek supporter, I'd rather see our Tea Party/Kookinelli-supported friend continue along the overconfident, arrogant road he's been on. Heh.

Janet Oleszek is proud to announce the endorsement of the Fairfax County Professional Firefighters and Paramedics (Local 2068). In response she issued the following statement:

"Fairfax County Firefighters are known worldwide for their accomplishments and I am thrilled to accept their endorsement of my campaign.  The next Supervisor in Braddock District must be committed to public safety- especially as we consider the budget.  Supervisor Cook has voted against public safety when he has voted against Fairfax County's budget."

Oleszek also noted that during the last debate she used one of her rebuttal opportunities in response to Supervisor Cook questioning the need for a 4th firefighter on Fairfax ladder trucks. "This has been an issue the fire and rescue department has identified since a 2001 internal review.  The lack of a 4th firefighter on ladder trucks creates safety issues for the other firefighters and paramedics.  I was appalled that John Cook still doesn't seem to understand this".

John Niemiec, President of Local 2068 made the following statement:

"We were thrilled to endorse Janet Oleszek, who has always been a friend of public safety.  Janet is exactly right on the current issues facing the fire and rescue department.  Our firefighters were shocked to learn that Supervisor Cook continued to publicly attack a policy that the fire and rescue department has identified as a way to make our jobs safer. We will not stand for politicians that try to save a buck by putting our citizens or our personnel in jeopardy. Supervisor Cook's position is irresponsible and unacceptable".