Poor Bob McDonnell. Just a few days after he had to drop his "fees" on the retail sale of liquor by the drink to appease his right wing, thus making the Senate Democrats mad by increasing the hole he's blowing in the General Fund to a minimum of $47 million, he has been resoundingly slapped down in his attempt to control two seats on the board of the Metro.

It's so much easier to run for governor and promise people stuff you never can deliver than it is to actually govern, huh? It's been a pretty rocky road for McDonnell so far. Sometimes, it seems he goes from one misstep to another. Let's have some fun and count the ways his grandiose plans have gone awry.

I just got off a conference call on the dangers of offshore oil drilling in Virginia and lessons learned from the Gulf of Mexico disaster. Speakers included Chesapeake Climate Action Network Executive Director Mike Tidwell, Virginia Sierra Club Assistant Director J.R. Tolbert, and retired Navy captain/former Delegate Joe Bouchard. I'll get to Tolbert's and Tidwell's comments in a minute, but first I want to highlight what Joe Bouchard had to say, because it was very strong.

First, according to Bouchard, there's a long record of offshore oil and gas activities interfering with Defense Department training ranges.  The industry likes to claim that they have a "great working relationship with the military," but "you can't believe that for a minute." In fact, Bouchard says, "interference with training ranges is well documented," and claims to the contrary by the oil industry are "disingenuous if not outright untrue."

Second, Bouchard points out that two Navy bases on the Gulf coast were closed in the 2005 BRAC round, one of the reasons being the inadequacy of the training ranges there because of interference from offshore oil and gas drilling activities. According to Bouchard, "that should stand as a very clear warning to those of us here in Virginia." Bouchard adds that "DoD and the Navy have made it clear for years that they're opposed to drilling in the Virginia Capes operating area." The bottom line is that the Navy can't live with oil drilling.

Hands Across the Sand: Virginia Beach

Great work, everybody! For more, see the Hands Across the Sand Virginia Facebook page. Also, make sure you call your Senators in the next few days and tell them you want comprehensive, clean energy and climate legislation, including strong restrictions against offshore oil drilling.  Thanks.

Sen. Warner's YouTube channel says, "Senator Mark Warner spoke to WSET Ch. 13 in Lynchburg about why BP must pay every dime of the cost of the Gulf oil leak."  I sure hope so!

UPDATE: On a related note, this is "a good start", as President Obama says.

The Obama administration and BP reached an agreement Wednesday under which the company will place $20 billion in an escrow account to pay damage claims resulting from the oil spill in the Gulf of Mexico.

The company, whose chairman announced Wednesday that it would not pay dividends to shareholders for the rest of the year, will also contribute $100 million to a fund that supports unemployed oil workers.

Good stuff. Now, it's time for some serious consideration of criminal prosecution of the people responsible for trashing the Gulf of Mexico. Also, it's time - actually, long past time! - for the Senate to pass strong, comprehensive, clean energy and climate legislation - including a cap and/or tax on carbon. Oh, and how about an outright ban on new, offshore oil drilling unless and until there is absolute, 100% guarantee that this will never happen again?  And how about requiring that existing offshore oil rigs comply with stringent safety standards if they want to continue operating?  All of this seems like the bare minimum we could and should be doing right now.  Any millenium, now, Senate!

I'm glad to see this statement from Mark Warner. Obviously, he "gets it." Now, if only Bob McDonnell, Ken Kook-inelli and Eric Can'tor would get a clue. On second though, oh forget it! 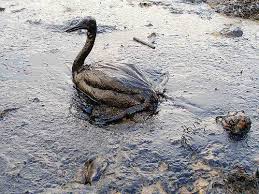 As the worst environmental disaster in U.S. history continues to wreck the Gulf Coast of our country, at least there's a little good news!

President Obama ordered a halt Thursday to drilling operations at all 33 exploratory deep-water rigs in the Gulf of Mexico for as long as six months, one of several new restrictions on offshore drilling he announced at a news conference.

Most of the measures, including a six-month moratorium on new wells, concern future operations. But in perhaps the most dramatic shift, Obama ordered nearly three dozen existing rigs or others preparing to drill to stop operation pending the findings of a presidential commission. Production rigs in deep water may continue to operate, and exploratory drilling in shallow water will continue, White House officials said.

In contrast, here in Virginia, we've got a Governor who continues not to "get it."  Check out this statement:

...I understand the decision the President has made today. While I respect his decision, and the need for delay and investigation, I do not believe outright cancellation was the only alternative given the fact that this sale was not due to occur until two years from now, and actual drilling would likely take place years after that. The two-year environmental impact statement already underway would provide ample information about the wisdom of proceeding on to an actual lease sale.

It is my hope that the President's action does not signal the end of offshore energy exploration and production off Virginia in the years ahead. Once we have learned the lessons from this tragic accident, and made the necessary changes and improvements in the offshore industry and government oversight, we should move forward with environmentally responsible domestic offshore energy production for oil and natural gas. This nation needs more domestic energy production. If we decrease the amount of energy produced here in the United States, we will only increase the amount of energy we must import from overseas. We must have the foresight and objectivity to not let this tragic accident cripple our ability to increase energy production in the United States. That would be a tragedy in its own right.

This is ridiculous on so many levels, it's hard to know where to begin.

First off, it's bordering on insane to believe that, after this disaster, there's such a thing as "environmentally responsible offshore energy production for oil."  The fact that it's taken over a month to stop a gusher of oil from a busted oil well - assuming, that is, that "top kill" actually works - proves beyond a shadow of a doubt that there's no "fail safe" in this business. And, without "fail safe," another disaster like this could happen again, at any time. That's completely unacceptable. Imagine if this happened off the coast of Virginia Beach?  Why would Bob McDonnell risk our multi-billion-dollar tourism and fishing industries, not to mention our nation's crucial military operations in the Hampton Roads area?  Crazy.

Second, anyone who seriously argues that offshore oil drilling in the United States will do much of anything in terms of the world oil balance, oil prices, or achieving U.S. "energy independence" simply doesn't understand world oil markets. The fact is, the U.S. is a "mature" oil province, with the offshore portion extremely unlikely to change that picture, no matter what we do. The far better course of action is to pour resources into the "lowest of low-hanging fruit," namely energy efficiency. Also, offshore wind power is an excellent idea, one that the Navy, the economy, and the environment can all live with.

Finally, it's nice for Bob McDonnell to finally admit that "actual drilling [off Virginia's coast] would likely take place years" from now, because that totally contradicts what he said during the 2009 gubernatorial campaign. It also totally contradicts McDonnell's nonsense about how offshore oil revenues would supposedly materialize in the next few years to solve Virginia's budget woes.  Now, the truth finally comes/slips out. Nice job, guys!

P.S. Regarding point #2, this is highly relevant:

Opening up offshore areas to oil exploration - currently all coastal areas save a section of the Gulf of Mexico are off-limits, thanks to a congressional ban enacted in 1982 and supplemented by an executive order from the first President Bush - might cut the price of gas by 3 to 4 cents a gallon at most, according to the Natural Resources Defense Council.

I strongly agree with President Obama that we need to hold both BP and Washington accountable. Unfortunately, I doubt that much will change in the cozy relationship between regulators and Big Oil, until what John McCain used to call the "iron triangle" - special interests, campaign finance and lobbying - is seriously addressed.  Also, we need to keep a much closer eye on the "revolving door" between private industry and government regulators of that same industry.  As President Obama says, we "need to take a comprehensive look at how the oil and gas industry operates and how we regulate them." Hopefully, this commission will come up with recommendations that address these issues, plus make strong recommendations for offshore oil drilling that ensure that disasters like this never happen again.

In this video, Jim Moran explains very well the reasons why offshore oil drilling is a bad idea for Virginia. Among those reasons is that oil drilling would interfere with Navy operations.

Later in the show, Moran commented on Ken Cuccinelli's assault on academic freedom. According to Moran, Cooch is an "ideological extremist" and his action against climate science at UVA is "pure harassment."

In other comments, Moran argued that Virginia is "clearly...undertaxed" for our transportation needs, and that we really should have a higher gas tax devoted to transportation, particularly to public transportation.

It's always an interesting show when Jim Moran's on! :)

Navy to McDonnell on Offshore Oil Drilling: No Go

lowkell - May 19, 2010 6
The U.S. Navy has a different view of oil drilling off Virginia's coast than our esteemed governor.

The report is the latest potential setback to a plan strongly endorsed by Gov. Robert F. McDonnell (R) to conclude sales of leases to companies interested in drilling 50 miles off Virginia's coast by 2012.

The Defense Department report, concluded in March but released in part Tuesday by Rep. James P. Moran Jr. (D-Va.), a drilling opponent, indicates that drilling would interfere with military activities, including ordnance training and carrier operations, in 72 percent of the 3 million acres covered by the lease sale and that it could be allowed only with restrictions in 6 percent of the area. Norfolk is home to the world's largest naval base. So...we already know that Bob McDonnell doesn't give a rat's hindquarter's about the environment. Now, let's see if he cares what the U.S. Navy thinks.

This is the reason why we have a multi-year, multi-agency review process, to allow local, state and federal stakeholders to weigh-in and recommend ways to mitigate any concerns. Senator Warner believes we should gather all of the relevant information as we continue to evaluate Virginia's offshore wind, natural gas and oil potential.