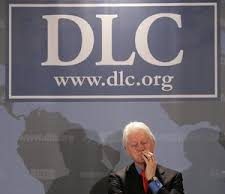 The End of Clintonism, Why the Center Does Not Hold, and...

5oclockshadow - November 17, 2016 8
by Josh Chernila Turning and turning in the widening gyre The falcon cannot hear the falconer; Things fall apart; the centre cannot hold; Mere anarchy is loosed upon...

Framing the Crisis in Greed

Teddy Goodson - December 14, 2010 2
The Obama-GOP Deal will shortly be in the House of Representatives, where the progressive Democrats are balking. Representative Stenny Hoyer (D- MD) says they do not want to kill The Deal, just fix it so that it provides a little bit smaller "tax cut to millionaires," because, in the view of the House Democratic Caucus, The Deal unfairly gives far more money in tax cuts to the wealthiest top tier than to average Americans. (Paraphrased). Meanwhile, Senator Mitch McConnell (R-KY), praised the Senate action in approving The Deal, because it provided "tax relief to those who create jobs" and lets Americans keep their own money to spend and invest as they see fit, instead of "giving it to politicians, who would waste it." (Paraphrased).
Right there, we can see that Democrats are losing the messaging war once again. In typically clueless Democratic fashion, Democrats are unwittingly using Republican frames, reinforcing the Republican conservative view of the world and of The Deal, even as they think they are attacking it. George Lakoff, author of The Political Mind, writing "Untellable Truths" in on-line truth out says, in effect, "Stop using the slogan "No tax cuts for millionaires." Stop using it immediately!