Why Impeachment Will Be a Must, and a Political Winner, Regardless...

Andy Schmookler - November 28, 2018 10
I hope the Democrats in the House are clear-eyed about this: the time will surely come for impeachment hearings. (Not instead of doing all...

Nancy Pelosi is Great. Here’s Why She Should Be Replaced.

Andy Schmookler - August 13, 2018 20
Granted, the first job is to win control of the House. Granted, chickens should not be counted before they're hatched. But despite both those... 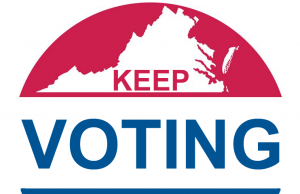 Last Tuesday Wasn’t the End, It Was the Beginning

Kenny Boddye - November 18, 2017 0
November 7th, 2017 will go down in history as the day Virginia fired the opening volley in a war against hate and division in...

The Only Good Reason I Know for Dumping Pelosi is a...

Andy Schmookler - June 27, 2017 5
You've probably heard that in the wake of Jon Ossoff's loss in GA-06 there have been calls for Nancy Pelosi to step down from...

Oh, What a Tangled Web We Weave: The Republicans Unending Dishonesty...

That is what Gabby wants.

I will explain my title only at the end.  Please bear with me.

I do not normally read Dana Milbank.  Shortly after his column today went up online, my wife read it, and told me I would want to read Arizona shooting inspires the best of politics.  She was right.  And I think you will want to read it as well.

On Saturday, one member of Congress took a bullet to the head - and 434 of her colleagues stared into the abyss.

On Wednesday, chastened lawmakers returned to the Capitol vowing to change their hostile ways.

Regardless of the causes of the shooting, there was recognition by the Members of the House of the same spirit addressed last night by the President, of a need to dial back some of the rhetoric.  Milbank touches on that.  He reminds us that yesterday was supposed to be dedicated to the Republican attack on healthcare, yet instead

Breaking only for a prayer service, the members spent eight hours exchanging vows to do better by each other.