Andy Schmookler - May 21, 2019 1
In the present fraught moment -- with the Democrats hesitating in dealing with by far the most impeachable President America has ever had --...

lowkell - May 18, 2019 0
See below for video and transcribed highlights from Del. Mark Levine (D-Alexandria/Arlington)'s kickoff last weekend, in which he argued that the upcoming 2020 elections...

We Need Less Third Way, More FDR and Truman In Our...

AnonymousIsAWoman - June 27, 2017 3
by Karen Duncan After the disheartening loss in GA 06, I've heard a lot of the arguments about why the Democrats should go back to...

My 0-10 Rankings of U.S. Presidential Elections’ Legitimacy (or Not)

Attn. Senator Kaine: The “Campaign After the Campaign” Hillary Needs

Andy Schmookler - October 11, 2016 2
Dear Senator Kaine, I hope you don't mind my taking the liberty to address this to you. I do so for three reasons: First, the...

Quote of the Day: FDR on “private power” and democracy

That quote comes from FDR's "Simple Truths" speech to Congress in April 1938. It's as true today as it was 73 years ago.

FDR also said in that speech that "the liberty of a democracy is not safe if its business system does not provide employment and produce and distribute goods in such a way as to sustain an acceptable standard of living...Among us today a concentration of private power without equal in history is growing."

Some things never change, huh? I just wish we'd hear Democrats speaking like that today, and not being afraid to tell the truth to the American people, as FDR did in much worse times.

The War Has Been Won 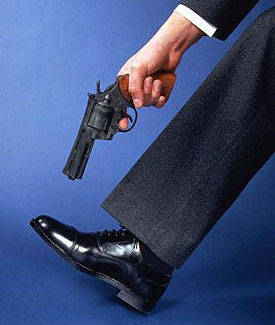 I cannot understand why some progressives and liberals engage so frequently nowadays in hand wringing and fussing about how President Obama isn't "liberal enough." People, please take note. Progressives and liberals won all the big battles in the 20th century over whether America was going to become a moderate nation with a social safety net or one that followed the aggressively selfish philosophy of someone like Ayn Rand and her ilk. That war is over. We won. Now, we just have to be sure we don't lose the "peace" by allowing what passes for conservatism today (actually, it's reactionary and extremely dangerous to our representative democracy) to divide us and conquer us all.