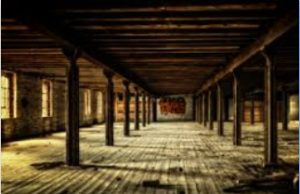 Is Gov. Northam’s “A Floor, Not a Ceiling” Mantra Setting a...

lowkell - May 12, 2020 4
Among Gov. Northam's favorite metaphors these days is: "We're not flipping a light switch from closed to open; when the time is right, we will...

Blue Virginia - July 2, 2019 5
by John F. Seymour On June 26, the Arlington County Board held a public work session to review a staff draft of the Community Energy...

Putting The Power In the Hands of the People In Local...

Blue Virginia - April 4, 2019 3
By Brent Finnegan In Virginia, we have elections every single year. While voter turnout is always larger in national election years, it’s the state and...

lowkell - March 27, 2018 54
Good to see the Arlington County Board - including Republican John Vihstadt - unanimous on this one.  For more on why Gov. Northam absolutely...

lowkell - March 2, 2018 40
For those of you not familiar with him, Del. Tim Hugo (R-Fairfax/PW County) is a particularly slimy/odious (see Special Interests Dominate Delegate Hugo’s Finance Report,...

Virginia Is No Wisconsin

Virginia will never have the situation we see unfolding in Wisconsin. Is that because Virginians are so ably willing to compromise with one another and work for the common good? Hardly. Instead, Virginia made sure that it emasculated its public employees almost forty years ago. When there was the first sign of public servants being effective in bargaining collectively with their localities, the state moved aggressively to quash them.

Back in the 1960's and early 1970's, Virginia had a history of some of its more sophisticated localities bargaining collectively with employees. Up to one-third of teachers were bargaining with localities. In Arlington County the government had collective bargaining agreements with unions representing firefighters, teachers, other school employees, school administrators, and county employees. The system was working just fine. However, the state filed a legal action against Arlington, arguing that it had exceeded its powers under the Dillon Rule because it bargained with its employees.

A decision in 1977 by the Virginia Supreme Court, Virginia v Arlington County, determined that no locality could bargain with any organization representing its employees. The court didn't stop there. A short while later, the court also outlawed binding arbitration for disputes between a school board and employees. The General Assembly even refused to allow so-called "meet-and-confer" situations between employers and employee organizations.

What Virginia teachers and public employees now have is just a toothless "grievance procedure." This procedure allows an employee to file a grievance relating to some work-related episode. The employee is allowed to be represented, such as by an association leader (because of federal law), but the final decision on the validity of the grievance is in the hands of the employers, not an unbiased third party.

So, Virginia will never have the situation we see unfolding in Wisconsin. However, Virginia's example surely explains why the brave people in Wisconsin refuse to give up their rights to organize and to bargain as a group.