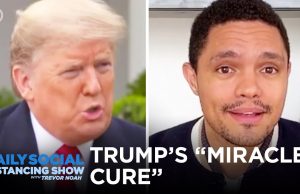 lowkell - March 25, 2020 7
by Lowell Here are a few national and Virginia news headlines, political and otherwise (e.g., COVID-19), for Wednesday, March 25. Nearly three-quarters of people in...

Kellen Squire - April 1, 2018 4
by Kellen Squire Last year during my run for the Virginia House of Delegates, I regularly shared heartwarming stories about the people and situations we...

As millions of Virginians celebrate Easter Sunday, it's important to re-recognize the role that religion plays in Virginia's politics. In Virginia, religion has been used as an argumentative backdrop to kill commonsensical rights for homosexuals and women. This year's session of the General Assembly was only the latest round of religion as foundation for denying women fundamental rights to their own bodies and homosexuals their unequivocal right to marry as they see fit.

I'm not a religious person but I've never been one to bash religion or anyone who adheres to this religion or that. Like it or not, religion is here to stay in Virginia for some time to come. Maybe it's exactly how social life in Virginia should be.

But while some Virginians who consider themselves religious understand the importance of allowing all Virginians to share equal rights, there are some who don't. This latter group has co-opted religion to divide Virginians along the lines of first class, second class, and third class citizenship. Didn't the New Testament say we are all God's children?