E.W. Jackson Spouts Off Hatred Dressed Up as Religion 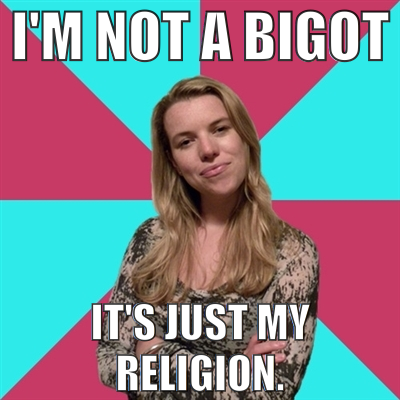 I had to pull out my red-letter edition of the Bible today after I read that failed Republican senate candidate and self-proclaimed bishop of his own church, E.W. Jackson, stated in an interview that Christians should disavow the Democratic Party because there well may be a plank in the upcoming platform of the party that supports the rights of all Americans to be married and be recognized as a family. He called the party "anti-Christian, anti-God, anti-Bible."

Red-letter Bibles put the words that Christ spoke in red type, to differentiate them from the words of others. Nowhere there did I find that Christ ever mentioned homosexuality or same-sex marriage. He did have much to say about how we should treat each other, however. And, he directly ordered us to refrain from judging others because that is the purview of God. I suppose E.W. Jackson selectively reads his Bible in order to make it fit his preconceived, far right theology.

I'm sure Jackson will point to the story of Sodom and Gomorrah as proof that God loathes homosexuality. What, then, will he make of Ezekiel 16: 49-50 that states that the sin of Sodom and Gomorrah was "pride, fulness of bread [wealth], and abundance of idleness...neither did she strengthen the hand of the poor and needy. And they were haughty...therefore I took them away." That sounds like punishment for right-wing Republican  beliefs, not homosexuality.

After all, a group of 60 Catholic leaders recently criticized Tea Party favorite Republican Paul Ryan for a budget that is "morally indefensible and betrays Catholic principles of solidarity, just taxation and a commitment to the common good...A budget that turns its back on the hungry, the elderly and the sick while giving more tax breaks to the wealthiest few can't be justified in Christian terms."  Those words reflect the gospel of Jesus Christ, not Jackson's blind hatred and bigotry all gussied up in biblical language. I, and many other Christians like me, are sick and tired of having our faith hijacked to justify a right-wing assault on the weak, the poor, the different, the outcast, and the left behind. Those are the very people Jesus spoke for and to.