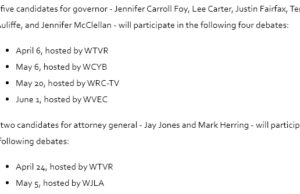 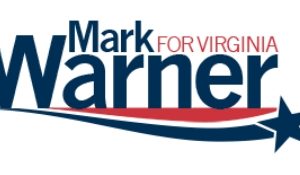 lowkell - June 24, 2019 3
by Lowell Here are a few national and Virginia news headlines, political and otherwise, for Monday, June 24. Trump's whims and last-minute reversals on Iran...

At the Debates, the “Bar” Actually Should be a LOT Higher…for...

lowkell - September 24, 2016 3
There's been a lot of talk about how the "bar" the media and others has set for Hillary Clinton has been much higher than...

Why Do Republicans (and the Corporate Media Who Love Them) Divert...

Joe Biden did a masterful job of pointing out the "malarkey" in Paul Ryan's tangled web of lies.  But predictably (you knew it would happen as soon as you saw the first laugh), the GOP has focused its attention on a negative frame.  The story they will tell is of "the mean, disrespectful" Joe Biden. Lowell wrote an excellent blog post about Matt Taibi's column explaining why it is necessary to disrespect attempts to deceive us. Bipartisanship amid this kind of deception is impossible and it would be wrong to pretend otherwise.  To pretend otherwise would be to collude with the deception.

There is a reason for the GOP response. They cannot win on the facts. They never could. They can only win if they use emotion. This is something we Dems are sometimes slow to accept. While pretending to be moved by logical argument, conservatives use only emotion and no logic, while demanding logic from others. Certainly, Dems could do a better job at blending emotional appeal with their argument. And Joe showed us how. It was real, not the sniveling pretense of Paul Ryan who, for example, claimed to protect Social Security while on record for wanting to privatize it. But more to the point, the way they use emotion is manipulative and personal. That is how they try to get to us.

The frame that the GOP uses is a frame which contends: 1) "Dems are not nice;" 2) the public must be made aware that "Dems aren't nice;" 3) Because "they are not nice," Dems must become self-hating and believers in the false equivalence myth the media creates; 4) Dems  must be made reluctant to stand up to lies and aggression by Republicans; 5) Independents must know "Dems aren't nice," 6) in the finale, pretend to be the guardians of bipartisanship. Do this last thing, even while killing bipartisanship at every turn. Don't worry about the quantum leaps necessary to make this contorted demonizing of Democrats. Have supporters ready to roll with this approach the minute they get the opportunity.