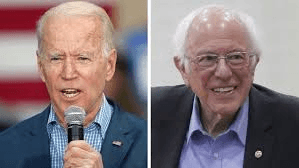 How the Urgent Need to Defeat Trump Has Compelled Me to...

Andy Schmookler - March 2, 2020 0
This is the companion piece to the previous piece, "Letter to My Fellow Virginia Democrats: Our Inescapable 'Electability' Challenge," in which I argued...

I’m Heart-Sick: Are the Democrats Going to Forfeit this Battle, Too?

Andy Schmookler - June 20, 2019 3
Preface: According to me: the two most important truths of this moment in America are 1) the nation desperately needs for the impeachment of...

Here’s A Speech about Impeachment that Elizabeth Warren Should Make to...

Andy Schmookler - June 18, 2019 0
As of this writing, it is far from clear whether the Democrats in Congress will respond as the nation needs to the crisis of...

Why It’ll (Likely) Be Either Biden or Warren, and How We...

Andy Schmookler - June 13, 2019 6
Narrowing the Field to Two In a very nice bit of analysis, Scott Rasmussen makes a very strong case that, out of the more than...

Mr. Mueller, Where is that Patriotism of Yours?

Andy Schmookler - May 25, 2019 1
Like most Americans who know anything about you, I’ve regarded you as a most admirable man. The reasons you chose to head to Vietnam...

The Impending Crisis Over Impeachment

Andy Schmookler - November 18, 2016 9
A lot of fuzzy-headed confusion, and unwarranted panic, seem to be swirling around the question of how the Democrats should deal -- or refuse...

How to Counter the GOP Cashing In On Its Years of...

Andy Schmookler - June 2, 2016 0
The other day, I read an article -- by John Fund in the National Review -- that talked about the clouds over Hillary Clinton...

kindler - October 9, 2013 3
Sen. Elizabeth Warren (D-MA) cuts to the heart of the debate over the government shutdown, in a must-view speech on the Senate floor.

She exposes the fundamental contradiction at the heart of the Republicans' message: that they are all about hating government in general, yet they almost always refrain from attacking the essential functions the government performs -- because those functions have overwhelming public support. She reveals the way to overcome the spell of the "anarchy crowd" -- answer their vague, blanket attacks on government with specific references to all the good, popular programs that our government delivers every day:

When I hear the latest tirades from some of the extremists in the House, I am struck by how vague these complaints are. The anarchy gang is quick to malign government. But when was the last time anyone called for regulators to go easier on companies that put lead in children's toys?  Or for food inspectors to stop checking whether the meat in our grocery stores is crawling with deadly bacteria? Or for the FDA to ignore whether morning sickness drugs will cause horrible deformities in little babies? We never hear that, not from political leaders in Washington, and not from the American people.


She then blows away the entire Tea Party ideology in one sentence:  "The boogeyman government, like the boogeyman under your bed, is not real."