Unleashing the Demons of Hate

Will The Idiocy Ever End? On the Release of the President’s... 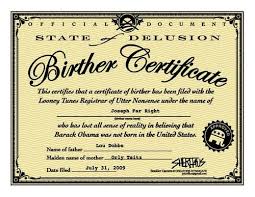 You would think that they would have called it a day long ago.  But instead the "birthers' and their latest political "pimp," Donald Trump won't stop.  The so-called MSM, especially cable news has covered this non-story nearly every day for weeks. Many of these same "news" outlets earlier debunked the birther's absurd false claims. No matter, now every bigoted utterance of "The Donald" is cast as "news."  CNN birther pimp Ed Henry kept it up at the WH briefing even after CNN's own Anderson Cooper dispelled the phony claim against the president once and for all. Today, the president caved to "birthers" and released his long-form birth certificate here.  But will it end it?  Of course not.  The side show is by design.  And it is designed to work up those who hate our president.  Last time anyone checked that included over 40% of Republicans.

The First 3 1/2 Months of Kookinelli Madness 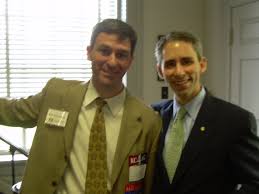 It's time to recap the brief "career" so far of AG Ken Cuccinelli, who all by himself seems determined to make the office of Virginia's attorney general the continual butt of television comedians' jokes.

On February 16, just one month after taking office, Cuccinelli filed a request with the Environmental Protection Agency asking it to reopen its proceedings regarding the finding that greenhouse gases endanger public health.

Of course, at the same time he also asked for judicial review of the EPA's finding in federal court. As a result, Virginia has joined Alabama and Texas as the only states seeking to overturn any EPA action to control greenhouse gases. According to Cooch, the EPA is just a bunch of "bureaucrats with political agendas" who have falsified data in order to drive American business into the ground. He doesn't say how he know that scientific data is "falsified."

February was just Act One of the Cuccinelli absurdist theater acted out in the office of the attorney general. We had much more waiting for us...