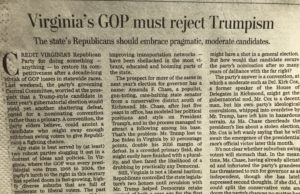 Is the Washington Post Editorial Board Nostalgic for Republican Control of...

A Siegel - December 13, 2020 0
by A Siegel As a life-long Washington Post reader and a Virginia citizen for my adult working life, reading Post editorials about the Commonwealth all...

A Siegel - October 6, 2017 1
by Adam Siegel The Democratic Party's nominee for Governor of Virginia, current Lt. Gov. Ralph Northam, might just have been given the greatest gift of...

Michael Gerson has another one of his fake elder statesman columns in today's Washington Post. It is useful reading in that he often takes the point for right-wing propagandists in launching a trial balloon to see how far it will fly. Today he is giving us a trial run as follows:

"Following two years of poor economic performance and electoral repudiation, liberalism is casting around for narratives to explain its failure---- narratives that don't involve the admission of inadequacies in liberalism itself."


Let us ignore for now the several assumptions in this one sentence that are breathtaking in their banal falseness, and let Mr. Gerson spin out his own narrative, being aware as we do so that what we are reading is another Rovian attempt to program Mr. Gerson's designated opponents to defeat themselves, by internalizing whatever mantra he is pushing today.

After stating to his satisfaction that "liberalism" has clearly failed (under the Presidency of Obama, it is understood), Mr. Gerson offers the first rationale he says the left is using to explain away its purported failure: blame Obama, and he quotes Robert Kuttner's article in Huffington Post, "Obama is fast becoming more albatross than ally." Gerson calls this approach by liberalism cynical in that it is "attempting to throw overboard its once-revered leader to avoid the taint of his problems."

My five cents on Dave Weigel (and why he isn’t really... 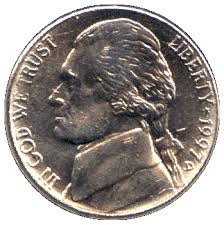 Dave Weigel was forced out of his job at The Washington Post because he had expressed a point of view that was antithetical to conservatives.  He did so in a forum that he thought was private, but someone who clearly had an axe to grind with Weigel found his comments and made them public.  Conservatives cried out that Weigel wasn't "objective" enough to continue in his job of writing about conservatives in general and the tea party movement in particular.