As if the Joe Miller, Rand Paul and Eric Cantor incidents weren't enough, we now have yet another example of Republicans Gone Wild.

The back of Republican congressional candidate Patrick Murray's campaign bus swiped a Jeep in Old Town Alexandria last night and drove off without leaving a note, a witness and the Jeep's owner tell ARLnow.com. Alexandria Police say they're investigating the accident as a hit and run.

The alleged incident happened while the bus was trying to turn from King Street onto Union Street around 7:00 last night, witness Jennifer Watkins said in a phone interview this morning. Watkins said the back of the bus loudly scraped against the side of the Jeep, briefly lifting it in the air.

Watkins estimated that about 30 people were within earshot of the accident. The bus was adorned with campaign signs, she said, and a Murray for Congress SUV preceded the bus down King Street with a megaphone blaring.

Also, it's important to emphasize that the candidate, Patrick Murray, was in the bus at the time it was involved in the hit and run (and leaving the scene of an accident).  There are many eyewitnesses, so it's not like they can deny it. So, why would they do this? Panic? Stupidity?  Don't care? What?

P.S. I also hear that the campaign megaphone was blaring that Patrick Murray was in the bus when it hit the Jeep. Brilliant!

UPDATE: Also, witnesses report that the bus did not stop for the driver to get out and that no note was left. Nice. 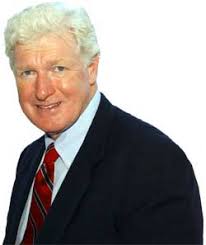 Rep. Jim Moran (D-8th) is taking some serious flak over comments about his Republican opponent, Patrick Murray. According to Moran, "What [Republicans] do is find candidates, usually stealth candidates, that haven't been in office, haven't served or performed in any kind of public service. My opponent [Murray] is typical, frankly."  That statement prompted Murray to call a news conference with military veterans at 12:30 pm today in Alexandria. Obviously, the Murray campaign, trailing badly in the polls with time running out, would like to make these comments by Moran into a major issue.

We'll see if Murray's strategy gains any traction, but I'm highly dubious, for one main reason: voters in the 8th CD know Jim Moran, and they know he's spent years fighting for troops and veterans. For more on that, see Moran's press release, which touts Moran's support for "historic investments in our servicemen, women and veterans" - health care, post-9/11 GI Bill, pay raises, expanded eligibility for VA home loans, etc., etc.  So, yes, Rep. Moran "misspoke" on this one, but he commends Murray's military service and, indeed, has honored military service and veterans by fighting hard for them for years. Which is why, in the end, Murray's last minute "Hail Mary" won't ever make it to the end zone.

P.S. Another reason why Murray's attacks won't work is that voters in the 8th CD know he's a typical right winger, hanging out with extremists like Joe Miller and Jim DeMint, not to mention Tom DeLay and John Boehner staffers. Can we say "not a good fit for the district?" Patrick Murray Doesn’t Even Try to Hide His Extremism Wow, is this brazen or what?  Patrick Murray, a Republican running for Congress in the bluer-than-blue 8th district, unabashedly poses with Alaska extremist nutjob Joe Miller and even brags that they were "out campaigning on Friday night?"  Oh, and if you're curious, click here to learn how Joe Miller thinks the federal minimum wage should be eliminated, unemployment benefits are "unconstitutional," abortion should be illegal even in cases of rape or incest, the Department of Education should be eliminated, etc., etc. Also, check out Miller's website and read about his belief that "[t]he  science supporting manmade climate change is inconclusive," that "ObamaCare" is unconstitutional, and much much more. The question is, why doesn't Patrick Murray even try to hide his extremism, or at least his proud association with extremists, in an overwhelmingly Democratic and progressive district?  Bizarre.

P.S. Having a crazy, extreme opponent like Patrick Murray is one of the main reasons why Jim Moran doesn't have to worry much about stories like this one (or any other in this district, at least for this general election).

UPDATE: Add crazy Jim DeMint to the list of Patrick Murray's extremist pals. (see the photo after the "fold").

[John] McCain is the headline attraction at Monday night's fundraiser for [Patrick] Murray, a former U.S. Army colonel now mounting a long-shot bid to unseat Rep. James P. Moran Jr. (D). The event will be held at the Alexandria home of Susan and David Hirschmann. Susan Hirschmann is a lobbyist with Williams & Jensen who served as top aide to Rep. Tom DeLay (R-Texas) when DeLay was House Majority Whip, while David Hirschmann is a senior vice president at the U.S. Chamber of Commerce.

If you need a reminder of what an corrupt slimeball Tom DeLay was, click here. As for John BONEr, see here for how he is "tightly bound to lobbyists." And Patrick Murray seriously thinks this is going to play in liberal, good-government Arlington and Alexandria?  I mean, hell, why don't Republicans just nominate Tom DeLay himself, the guy lives in Alexandria after all?

P.S. In stark contrast, Jim Moran is having a fundraiser with Nobel Laureate and former Vice President Al Gore.

In this video, 8th CD Republican nominee Patrick Murray complains about the debt, which he implies all was built up by President Obama and the current, Democratic Congress.  Obviously, Patrick Murray is not a student of history.  A few points for Murray's edification.

1. The last budget surplus occurred under a Democratic president, Bill Clinton.
2. George W. Bush and a Republican Congress quickly turned that surplus into deficits as far as the eye can see, due to their huge tax cuts - largely for the wealthiest Americans and most powerful corporations - and their war of choice in Iraq.
3. As far as the national debt is concerned, Ronald Reagan built up $1.7 trillion of it, George HW Bush $1.4 billion, and George W. Bush another $4.4 billion. Just in case Patrick Murray is math challenged, those numbers add up to $7.5 trillion.
4. The last Republican to actually reduce the debt during his time in office?  How about...uh, never, at least going back to FDR?
5. The last Republican president to reduce the debt/GDP ratio? Richard Nixon. All the others since then - Reagan, Bush 41, and Bush 43 - have increased the debt/GDP ratio.
6. The last Democratic presidents to reduce the debt/GDP ratios? Bill Clinton...and Jimmy Carter, LBJ, JFK, Harry Truman, FDR. In other words, all of them since 1933.

In sum, if you want a lower debt/GDP ratio or overall debt, the last people you want to turn to are Republicans like Patrick Murphy. Basically, Republicans are the "deficit spend and borrow" party. Why would anyone support that history? 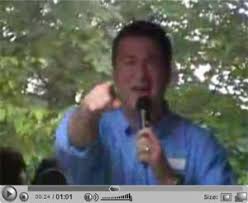 Speaking at a recent Arlington County Republican Committee meeting, Berry - whose narrow loss to retired Army colonel Patrick Murray surprised some local political watchers - said it's "very important" for the party to unite with the goal of retaking control of congress. But while he said that Murray "deserves our respect," Berry stopped short of endorsing Murray or pledging to help his campaign.

So, we've got lack of unity. We've also got a candidate with almost no money:

In short, when Patrick Murray says that "all bets are off" this year in the 8th CD, what he really means is that "the odds are half decent" that he can reach the upper 30s or 40% of the vote -- and lose by 20-25 points to Jim Moran. As Jim Webb once said, in a very different context - but one involving Murray's friend, George Allen - "I'll take those odds!" :)