Couldn’t have happened to a nastier guy than Corey Stewart the immigrant-bashing, demagogic thug of Prince William County and the (former) Virginia State Director for neo-fascist Donald Trump. I saw a bit of the protest at the Republican National Committee (RNC), seemed to be mostly (a handful of) people yelling crazy things like “lock her up” about Hillary Clinton. Also, gotta love Stewart’s post about starting “a rebellion against GOP establishment pukes who betrayed Trump.” Who uses words like “pukes,” by the way? What a deeply weird dude. 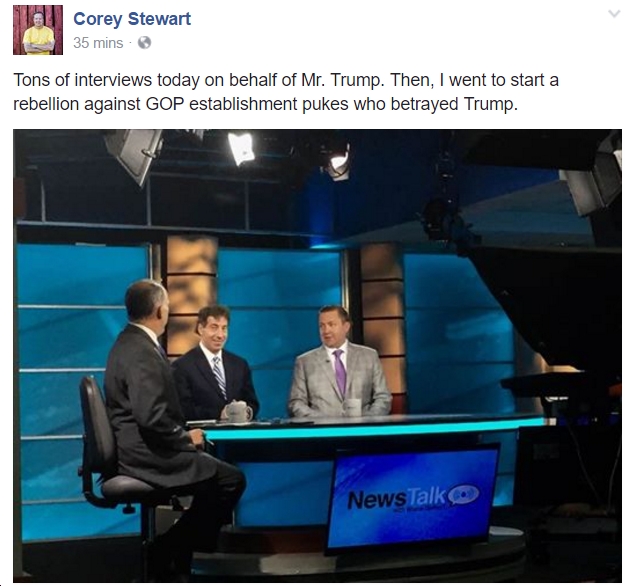 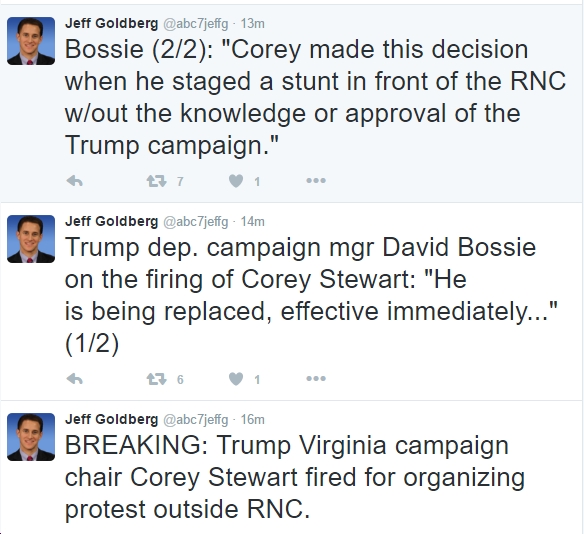