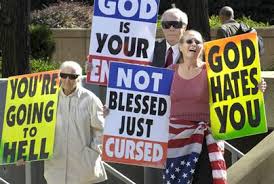 April inches ever closer to the dreaded anniversary.  The regional paper for our area began its opine this way: “As if Blacksburg and Virginia Tech have not endured enough in recent years…” Yes, as if… We relive that day every time the emergency alert system is tested.  We relive it nearly every day our loved ones go to work or class.  They relive it every time they walk past Norris Hall, or the Drill Field Memorial.  They relive it when nut-cases send them hate mail, or when, recently, an internet psychopath threatened the campus once again.  (It turned out to be sourced in a distant land, but not without stirring up much anxiety.) They relived it when right-wing pols tried to use these events for political opportunism to turn their sites on the academy, teachers who work long hours year after year so that their students may learn.  Some (such as Phylis Schlafly and Lynn Cheney’s anti-faculty organization) did that following the original April 16th horror.  They blamed the victims.  So did talk show hosts and television “evangelists,” whom I will not name here.  Their names get far too much play already.

No, we need no annual reminder because it never goes completely away. For the families of the victims, life is forever changed. In such matters it would be appropriate to extend sympathy and support toward the victims. That’s what most people do.  But not the psychopathic fringe minority.  Each year, for all the wealth of positive support and good will, comes a reminder of the kind of hate that brought us to this point, the kind of hate that caused all of this in the first place. Now we have learned that one of the primary national architects of hate will be here this April:  The infamous, so-called Rev. Fred Phelps and his shrieking Westboro “Baptist Church” accomplices.

(It is bad enough he threatened to disrupt all the funerals of victims back then.) This is how they choose to spend their lives: Harassing, taunting, psychologically torturing those who have suffered enough.

The so-called minister pretends to speak for God, this man,who would harangue us about the supposed reasons for the events reaching their anniversary.  We deserved it, he says, because God’s children, including all LGBT people, were born the way they were.  Of course, he doesn’t understand that being LGBT is not a “lifestyle choice.”  Ignorance abounds…

It is this man, who will lecture us on how to be.  His April 9th planned harassment of our town illustrates better than anyone else could just what this man’s “legacy” is.  He plans (has notified, and apparently applied for permits) to harass with anti-Semitic invective outside a synagogue, and with anti-gay vitriol in downtown Blacksburg, and even at the collapsed Blacksburg High School gym and now-vacant school.

Some suggest everyone should stay away.  Others argue that because of the seriousness of the climate of hate, we should make clear where we stand–on the side of love.

Efforts are underway for such positive, peaceful events.

Here is what I urge:

• Do not give him more attention where he goes.

• Do not let him try to manipulate confrontation.

• If you wish to speak out, organize or attend another rally somewhere else in town away from this hateful man and his hateful followers.

• Build your own media event, which does not cross paths with his.

• Do it on FB (where Hokies Against Hate has already formed and are organizing.)

• Build peace.  Support each other.

There are plenty of good people on this earth.  Given all the hate-filled rhetoric it is hard to believe that sometimes.  But they are there.  They are everywhere, except, it seems at Westboro “Baptist Church,” and among the haters at the top echelons of the Republican  Party and their media accomplices, who whip up hatred of their hysterical fringe. For them, it’s time to take a step back, to try to undo what they have unleashed.  For the rest, we must counter the message.  Let there be no mistake, most Americans stand on the side of love.  It’s time to make that clear once and for all.

Barack Obama on Glenn Youngkin: "You can’t run ads telling me you’re a regular hoops-playing dish-washing fleece-wearing guy but quietly cultivate support from those who seek to tear down our democracy." https://bluevirginia.us/2021/10/video-photos-with-10-days-until-election-day-former-president-barack-obama-campaigns-for-the-va-democratic-ticket-at-vcu-in-richmond#comment-5581861451 h/t @duty2warn

Yes we can - as long as we VOTE. https://bluevirginia.us/2021/10/video-photos-with-10-days-until-election-day-former-president-barack-obama-campaigns-for-the-va-democratic-ticket-at-vcu-in-richmond#comment-5581850319